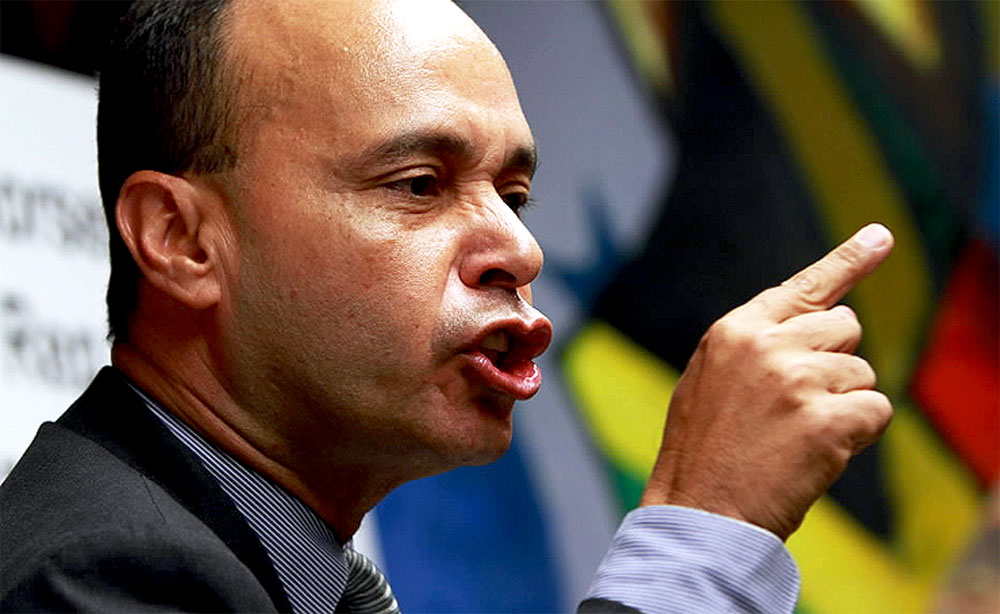 Subversive Illinois Congressman Luis Gutierrez is outraged because the US Postal Service failed to deliver thirty-two DACA applications in time for the October 5 deadline.

At least one application was sent by certified mail two weeks ahead of the date, yet didn’t arrive at the regional processing warehouse of the US Citizenship and Immigration Services until October 6.

Tracking data from the US Postal Service shows the envelope, sent by the lawyer of the applicant, arriving in Chicago on September 16. Then the packet started circling in a mysterious holding pattern. From September 17 to 19, it was “in transit to destination.” Then its tracking whereabouts disappeared until October 4. Once again, it was “on its way.”

By the time it reached the warehouse that administers the DACA program, it was too late and rejected. The agency said that all decisions are final and nothing more could be done.

"Because somebody else didn't do their job correctly we're taking innocent young immigrants & making them deportable. That is unacceptable." Post Office Fails to Deliver on Time, and #DACA Applications Get Rejected – @nytimes https://t.co/divMXX9r5Y #HereToStay #Chicago #twill https://t.co/xeZqAsifZ2

Congressman Gutierrez is one of the most rabid anti-Trumpers in government. He has openly called for an armed insurrection against the federal authorities for daring to enforce immigration laws. He skipped the inauguration of President Trump, and has been arrested for civil disobedience at Trump Tower twice.

Gutierrez is a hardcore Puerto Rican nationalist who supports convicted FALN (Fuerzas Armadas de Liberación Nacional) communist terrorist Oscar Lopez Rivera, and earlier this year introduced a bill for a referendum for Puerto Rican independence. Although he supports legal and illegal immigration, he cares only about his home country. Race-baiting, after all, has become a lucrative career path, especially in a district that The Economist called “one of the most strangely-drawn and gerrymandered districts in the country.” When two majority Mexican-American districts combined years ago, even an Italian was too intimidated to run against Gutierrez. He has held office since 1992 and no one has taken any action against him.

Along with five other far-Left radicals, Gutierrez has filed articles of impeachment to overthrow the President. These troublemakers claim President Trump has committed obstruction of justice on several different levels without any evidence. They claim he is violating the Constitution and is undermining the federal judiciary process and the press. They say there are potential conflicts of interest with Trump’s businesses and properties, as if “potential conflicts” are criminal offenses. Yet, Congressman Gutierrez has no problem with aiding and abetting illegal aliens. He thinks he can do whatever he wants regardless of the law and so far, he has gotten away with it.

Obviously, he is playing to his base who are mostly uneducated Mexican-Americans in their twenties. But there is a bigger problem here. If people don’t demand that representatives support American interests, every state will become like California. Kevin de Leon, the President pro tempore of the Senate, openly admits that half his family members are illegal and subject to deportation.

Gutierrez has brokered a deal with Governor Jerry Brown to get driver’s licenses for illegal aliens as well as financial aid and Medicaid for Dreamers. He initiated a program to have low-income and illegal students get their child care, transportation and living expenses paid for in exchange for access to him. He is a huge advocate for open borders and LGBT rights, and a professional Marxist-Leninist agitator and race-baiter. In his world view, more Latin Americans should be coming here to take advantage of America.

Thankfully, his term ends in 2018. He is currently running to unseat Senator Dianne Feinstein. I never thought that as a Republican I would root for her, but in this case the other option is much worse.

Congressman Gutierrez may seem like a joke, but if not taken seriously, we may end up with too many traitors in office. His constituents clearly have no allegiance to the United States. Their main goal is squeezing as much money out of taxpayers to pay for their people’s (in this case, Puerto Ricans’) welfare.

Unless a healthy American identity can be revived and be something people are proud of again and wish to defend, the nation will continue to splinter along ethnic and racial lines. It’s clear that political infiltrators like Luis Gutierrez (who was a taxi driver and school teacher before running for office) have a particular vision in mind for the United States, and it’s not a patriotic one.