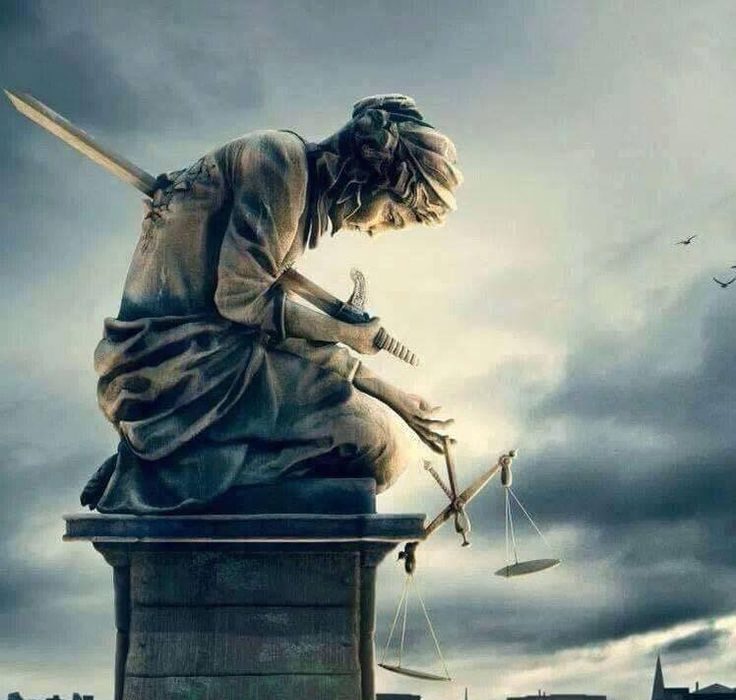 The Lie of Law

It was only in the late 90’s when Hillary’s husband was president that the mainstream media was denouncing the special prosecutor’s office as inherently flawed. Utterly politicized, unlimited in power and resources, and mandated to find something to pin on its target, a special prosecutor is a guarantee of judicial punishment against the target. They might as well skip the lengthy process, save the money, and put Paul Manafort and General Michael Flynn in jail now.

Manafort has not been tried with anything connected to his time as Trump’s campaign manager. Instead, he’s being tried with various tax offenses from years ago, offenses which are almost never prosecuted. As even National Review noted, Manafort’s real crime is that he associated with Donald Trump.

General Michael Flynn is likely to be next. And he will be brought up on charges not of working with Russia, but of working with Turkey. It was on the very day Donald Trump was elected president General Flynn wrote a stunning apologia for Erdogan’s regime as a “moderate” Islamic ally which needed American help. His efforts to assist Erdgoan may be disturbing, but they have nothing to do with Russia.

The purpose of such tactics is to put pressure on Manafort and Flynn to “flip” and turn on Trump. Even the defendants’ lawyers are being pressed to testify against their clients.

The buffoonish George Papadopoulos, who may have been wired to try to gather dirt on others under investigation, appears to be less a Russian agent than a typical Washington self-promoter, a grown-up version of that College Republican who describes himself as an “politico” because he binge watches House of Cards. (Well, until recently.) He’s also somewhat of a victim, though whether he’s a snitch as well remains to be seen.

George Papadopoulos is a low-level subject of the collusion investigation who did not commit any crimes in his many contacts with Russia-connected sources. Yet Mueller induced him to plead guilty to a felony count of lying to investigators about the timing of his first meeting with such a source. In stark contrast, while a number of Clinton subordinates asserted their Fifth Amendment right to refuse to answer questions on the ground that truthful answers could incriminate them, none of them was prosecuted. Instead, the Obama Justice Department gave them immunity.

President Trump has retreated to calling for an investigation of Hillary Clinton, criticizing his own Justice Department over Twitter. One wonders why he can’t just send an email.

One of the main arguments made against Donald Trump during his candidacy was that he was too personal, too autocratic, too disrespectful of that hallowed fiction we call the “rule of law.” To me, that was one of the strongest arguments for him. The man who bragged in his books about screwing those who opposed him is precisely what is called for when the law has become subjective.

Donald Trump has disappointed on many fronts, but none more than in his staffing decisions. One of the few that generated so much hope was that of Jeff Sessions as Attorney General, the man who more than anyone else is responsible for pushing the Republican Party in a populist, anti-immigration direction. But though he’s doing a great deal of good on immigration issues, Sessions has revealed himself as naïve. He seems to believe that recusing himself from cases where he could be accused of even the slightest bias will win him plaudits. All he has accomplished is to give his enemies a weapon.

Jefferson Beauregard Sessions III thinks we still have something akin to an Anglo-Saxon legal system; what we have now is something far closer to some Communist People’s Court. The law is a weapon; the investigation presupposes the verdict. In Zimbabwe, the Supreme Court puts on English style wigs and flowing robes, but no one believes the system they are administering has anything to do with Blackstone’s Commentaries. Similarly, the Constitution is still in effect, but no Founding Father, from Jefferson to Hamilton, wouldn’t hail George III as a savior compared to what we have now. The personal rule of the Stuarts was far more objective, rational, and restrained than this nightmare.

What is driving the special prosecutor’s jihad against Trump and anyone associated with him is beyond political opposition. Whatever his true thoughts or aims, Donald Trump has become a symbol of White America, and he must be destroyed, not simply defeated, in order for the System to strip European-Americans of hope that things really can change. In the minds of many conservatives, impeachment is a quasi-legal proceeding. But it is fundamentally a political proceeding. They couldn’t beat him in the election, so they’re going to impeach him and use Mueller’s investigation to justify it.

Yet this unrestrained and unlimited investigation is far less disturbing the what’s happening in the legal system at all levels. The equality of all men against the law was once a central aim of classical liberalism. But just as freedom of assembly has been abolished and freedom of speech is already on the way out, equality before the law is being redefined as something inherently racist and oppressive. Just as the special prosecutor has been weaponized against Trump, so is Critical Race Theory weaponizing the entire legal system against all European-Americans.

In “Whiteness As Property,” an essay published in the 1993 Harvard Law Review, Cheryl Harris defends affirmative action as necessary to dismantle white privilege as expressed in law.

Although the existing state of inequitable distribution is the product of institutionalized white supremacy and economic exploitation, it is seen by whites as part of the natural order of things that cannot legitimately be disturbed. Through legal doctrine, expectation of continued privilege based on white domination was reified; whiteness as property was reaffirmed… The law expresses the dominant conception of “rights,” “equality,” “property,” “neutrality,” and “power”: rights mean shields from interference; equality means formal equality; property means the settled expectations that are to be protected; neutrality means the existing distribution, which is natural; and, power is the mechanism for guarding all of this

“Whites are not an oppressed people and are not at risk of becoming so,” asserts the article, in an especially obscene touch as it is the South African affirmative action program which is identified as the model to follow in America. “Equality” as the goal of law, the inability of whites to be oppressed, and the determination race is simply a social construct are taken as givens simply because they are asserted.

Victor Davis Hanson, complaining about how critical legal theory has become prevalent in the decades since, wrote in the wake of Ferguson:

Legal statutes are seen as constructs that legitimize the prejudices of the wealthy and the privileged of society. Our so-called legislatures and judiciaries use the law as means of coercion to ensure their own position in a most unfair hierarchy. In response, the proverbial people, whether in Ferguson or at the border certainly, or, yes, at the Obama Department of Justice, have the moral right to ignore these constructs and instead to fashion their own sort of higher justice, which deserves to be canonized as legal and binding.

Critical Race Theory’s premise that “White supremacy” is standing in the way of “equality” is false because no matter what reforms are made, “equality” will never arrive. What explains the discrepancy in earnings between Asians, whites and blacks are biological racial differences; considering the ludicrous social, economic, and political advantages bestowed upon blacks, those differences are considerable. Because these differences are inherent, the parasite class will always have justification for more social networking projects to pursue an a dream which will never be realized.

What’s more, today, it’s claiming “oppressed” status, not “Whiteness,” that is the most valuable form of property. “Fauxcahontas,” Elizabeth Warren, claimed to be an Indian precisely because it gave her a boost in status. Rachel Dolezal’s career was stultified until she claimed to be black, whereupon her income dramatically improved. What Steve Sailer calls the “Conquistador-Americans” are blue-eyed, white skinned “Latinos” who make a profitable living LARPing as squat Mayan day laborers.

But Harris and her ilk have a point. Ben Sasse can simply assert America was founded on some vision of racial equality – but it wasn’t. And any serious attempt to realize “equality” will require, as Harris quite accurately notes, abolishing those “inalienable rights” which were defined by the Founders at a time when only property owning white males could vote.

As Harris herself points out, America was founded, quite explicitly, as a White nation. “The very fact of citizenship itself was linked to white racial identity,” Harris notes, accurately. “The Naturalization Act of 1790 restricted citizenship to persons who resided in the United States for two years, who could establish their good character in court, and who were ‘white.’”

Many American conservatives simply assume their preferred social order is “natural” and can be frozen in place through fortifications made of paper, like the Constitution. But we’re well past that already. “Disparate impact” is already enshrined in law, meaning universal standards have already been abolished in this country, another casualty of diversity and the determination to pretend equality is either possible or desirable.

Anarchists and Communists are fundamentally correct when they identify the police as an inherently political institution, dedicated to upholding a certain social order and power structure. Of course, while the cops may occasionally arrest them for destroying property, the Reds seem largely immune from arrests based purely on their ideology. Only the Alt Right is today persecuted solely on ideological grounds, which is why Chris Cantwell is still in prison on a nonsense charge and others from Unite the Right are suffering from the System’s Anarcho-Tyranny.

Critical Race Theory, however crude, is closer to the truth than the Beltway Right’s wishful thinking that the theories of Locke hold more sway in American courtrooms than those of Noel Ignatiev. All politics is identity politics and law is not separate from politics, but an expression of it. To claim otherwise is to be like the Conservatism Inc. hack who claims illegal immigration is bad, but unlimited legal Third World immigration is just fine. European-Americans cannot afford such naivete any longer.

It’s only a short step from “all whites are racist, no matter their beliefs” to “all whites are guilty, no matter the facts.” The ideological infrastructure is already in place to justify a sweeping legal crackdown on all European-Americans and the transfer of unlimited wealth and resources in the name of a mythical equality. The only thing standing in the way is the Trump Administration, which has a chief law enforcement officer that believes the law is about words on a page rather than distribution of power. Mueller and his colleagues will invent whatever charges they need to achieve their end, as Critical Race Theorists will invent whatever legal doctrines they need to justify white dispossession.

The answer of how to respond in every case is the same – deny them legitimacy. Undermine their institutions. Explicitly define their real agenda. And while we may occasionally have to bow to their guns today, in the long run we will only recognize the authority we will create by ourselves alone.