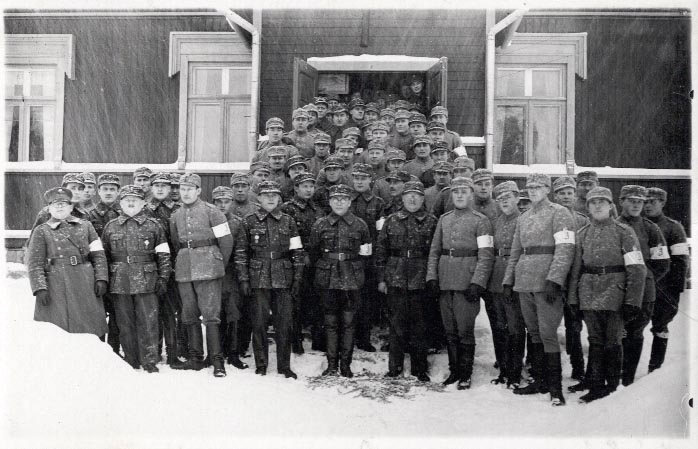 To serve our people properly we must refuse to turn soldiers of the American Empire into saints.

It does us no good to celebrate soldiers who fight for a government that has long since stopped trying to preserve our people and our civilization.

There are many forms of Political Correctness. It is not a speech and thought control system that operates only within the domains of race and gender and other domains favorable to left-wing orthodoxy. The Cultural Marxist U.S. power structure throws its weight around in other domains as well, and even the supposed political right is not immune to enforcing its dictates. Indeed, it does so in cahoots with the US power structure on issues of faith and military service. Furthermore, soldier worship is not helpful to our movement. This does not mean that we should insult soldiers or spit on them or call them “bloodthirsty imperialists”, as left-wingers are wont to do, but it does mean we have a serious problem on the right that isn’t being addressed. To watch neocons and normiecons fawn over the heroism of American soldiers on Twitter is to bear witness to a stunningly destructive form of idolatry.

Such fawning encourages good men to die for naught but folly.

The Alt-Right needs to make major moves. We need to take the next step. That means we need to start broaching the topics of revolution and secession. We need to form a 21st Century White Guard. Shitposting is all well and fine, but the next step has to be political and meta-political planning. We want a state, our own state, an ethnostate. We do not accept the fate our anti-asperistic overlords have in store for us. But how can we get anywhere when the sons and daughters of our people are proud to die for a government that hates them? The answer is we can’t. The US Government does not serve the interests of white people. In fact it is hostile to our very existence. No sane white person should be proud to see his/her child risk their life for this government.

See, that’s a shocking, offensive, and extremely politically incorrect statement to many on the political right. Yet it is plainly true, and it must be the Alt-Right’s stance. We must walk the fine line of acknowledging that veterans are overwhelmingly brave and honorable people, while still being willing to maintain that they are mistaken, misguided and deluded to the extreme. It is always honorable to put your life on the line for a cause, but what is it they think they are fighting for exactly? Do our governments truly protect us? Do our supposed democratic representatives really represent our interests at all? Are our purported leaders acting to ensure our survival as white, Western people? The answer is unmistakably “no” to all of these questions.

The truth is the truth irrespective of whether the truth is in the interests of our enemies in the anti-asperistic (anti-white) over-class. We in the Alt-Right know that the American experiment is over. If whites wish to survive and prosper as a people, they will require new governments. Those new governments may take many forms. They may constitute mere geographic segments of nations, or they may require reconquest of lost territory to consolidate national boundaries already in existence, they may be highly liberal forms of government or less liberal forms. However, nothing resembling Western governments can continue to exist in one hundred years’ time if white people are to continue to exist as a race.

That means we must make a clean break from American identity and Americana symbolism. These symbols are the symbols of the enemy. The Constitution has been functionally dead for the better part of a century. The US government has been illegitimate and tyrannical for half a century or longer. The principal purpose of all governments is not being met by our governments. Our governments are in open warfare against their own people, our people. They want to annihilate us in the name of diversity. They care more for the human rights of invaders than the rights and interests of their own citizens. I can not for the life of me see how being invaded by hordes of people who hate us and want us killed, is good for us. And even if a minority do not want to kill us, I still fail to see how their rendering our lands utterly unrecognizable 3rd world hell-holes in a matter of decades, is good for us. It is bad all around, no matter how you look at it. Our subjugation at the hands of white-hating, elitist, Cultural Marxist totalitarians is completely unacceptable. We do not have to accept it.

To salute the American flag as a white man at this point is to climb in one’s coffin as proof of one’s courage.

We need new symbols. We need to stop dancing around all uncomfortable truths, not just those that the right has historically been comfortable embracing. The Alt-Right has made great strides on our people’s path to deliverance, but there is far more work to do. It does us no good to celebrate soldiers who fight for a government that has long since stopped trying to preserve our people and our civilization. Goodness/Morality is not only a matter of good character but the principles that character serves, the direction of that character and its results. Those men may be teeming with bravery and archetypes of honor, and they may be quite willing to climb into their own coffins in light of their virtues, but I’ll not cheer them on and give applause as they do. That is not to serve our people but to disserve them.