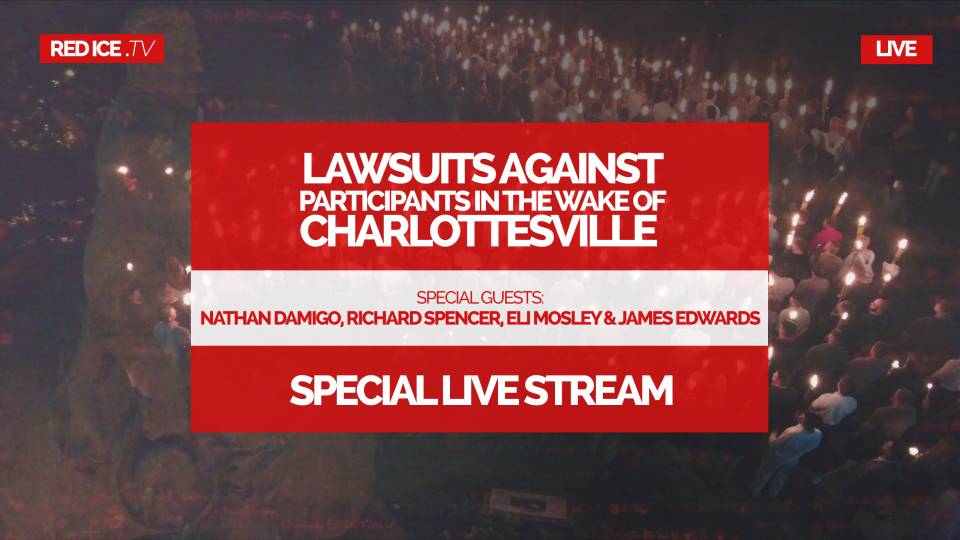 Lawsuits Against Activists in the Wake of Charlottesville

Help the guys in the legal fight: Identity Europa, Freedomfront.org

Help keep us ad free, sign up for a membership at http://www.redicemembers.com.