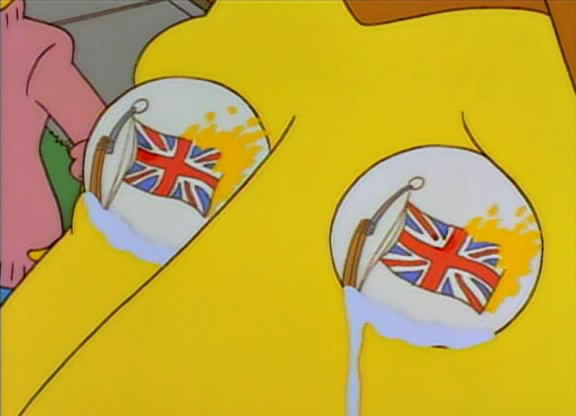 Brexit may end up making the UK browner even faster.

With the British political scene focusing on Brexit over the last 18 months, it has felt like there has been a never-ending tide of Punch and Judy style mudslinging. Of course, all the talk in the mainstream parties has been about ‘muh free trade’ and ‘muh worker rights’, with the obvious problem of immigration swept under the carpet.

But even in the nationalist scene, I fear many people, some of whom are very red pilled, are completely missing the bigger picture when it comes to Brexit and its consequences.

However, for our wider movement, there is an ironic consequence of Brexit which could make the fortunes of Britain and its White population worse off. The mass migration of White eastern Europeans has indeed driven down wages and put pressure on the white working class, they now find it much harder to find a job in the low skilled sector. But this same migration has also helped to keep the White population up above 85%.

Pro-Brexit leaders like Nigel Farage and Daniel Hannan have hinted that after free movement from Europe is stopped, they want to open the doors to the world, and they don’t just mean in terms of trade. Politicians like these two seem to be very enthusiastic in promoting immigration from the former Colonies of the British Empire like India. The reason for this is that they believe, quite stupidly, that Britain has more in common with its former third world Colonies than the White countries of eastern Europe.

Now when considering Britain’s current demographics, Farage and Hannan’s ideas seem near suicidal. Between 2001 and 2011, Britain’s white population grew by 1.70%, growing from 54,153,898 to 55,073,552. Yet their share of the population fell from 92.12% to 87.17%. Without the hundreds of thousands of eastern Europeans who had settled in the country during that period, the white population would be a lot lower.

If you consider over the next thirteen years that White immigration from eastern Europe will end, but third world immigration will continue and possibly increase, you can understand how rapidly the situation could deteriorate by 2030. Indeed, the only factor currently stopping London having a non-White majority is Slavic immigration. The White British population of London is 45%, yet the eastern European immigrant community pushes the overall white percentage up to 53%. Of course, this figure is still terrible, but not as bad as it could be.

Don’t get me wrong, I’m no fan of mass migration, whether it is from White countries or non-white countries. The mass movement of people has always had negative effects and has always disproportionately impacted the working class. However, I am slightly perplexed by the hatred shown towards eastern European immigrants by normie-white British people, who also seem to show a rather laissez-faire attitude to their non-white neighbors.

I guess they simply are the clearest example yet of why civic nationalism is such a joke.

It would be ironic then, that if by freeing themselves from the European Union, British nationalists may actually succeed in making their own people’s demographic situation worse.

Of course in an ideal world, there would be no non-White immigration, and immigration from other White countries would only be allowed within a framework that made sense. But we do not live in that ideal world, at least not yet, and so we must choose our battles wisely. So if that means going against decades old nationalist policies which were perceived as correct, but in the current climate may spell doom for our people, then so be it.

We will not keep making the same mistakes.