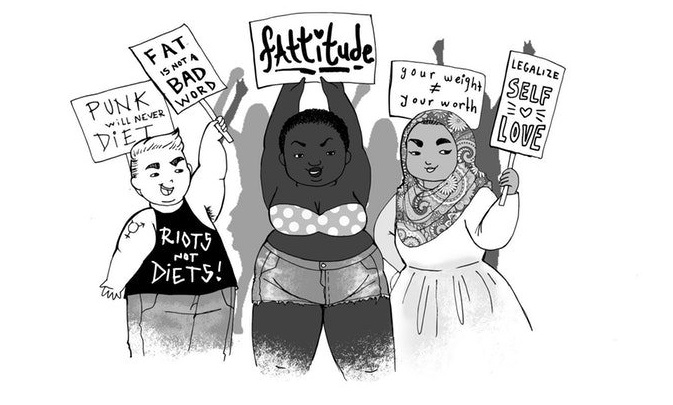 Health is oppression. Obesity is freedom.

Make no mistake, feminism’s end goal has always been to destroy the family and the natural differences between genders so that humans are reduced to replaceable, State-dependent cogs in a corporate machine.

This should not appear shocking as the truth has always been in plain sight to anyone curious enough to venture a little beyond the movement’s deceptive façade plastered with feel-good phrases about “equality” and “empowering yourself.” As one example among the many, here are some words of Roxanne Dunbar from her 1970 essay titled Female Liberation as the Basis for Social Revolution:

The family unit is a decadent, energy-absorbing, destructive, wasteful institution for everyone except the ruling class, the class for which the institution was created…

How will the family unit be destroyed? … the demand alone will throw the whole ideology of the family into question, so that women can begin establishing a community of work with each other and we can fight collectively. Women will feel freer to leave their husbands and become economically independent, either through a job or welfare…

By destroying the present society, and building a society on feminist principles, men will be forced to live in the human community on terms very different from the present…

To our parents’ generation, feminism’s promises of economic independence and sex without consequence may have sounded alluring, but now we know better. It has not liberated women at all, but created a society of barren, emotionally distant cubicle shrews brainwashed into dismantling their one true source of happiness and lasting contentment — that of supporting a strong family and husband.

So, how does the fat positive/acceptance movement fit into the greater scheme of things? As one of feminism’s specialized branches, it aids in the dissolution of traditional relationships from the position of normalizing gluttony as well as encouraging a hysterical, impossible-to-be-helped mindset, thus driving away potential mates.

I experienced the fat positive movement’s self-destructive ideology online by its activists, but I also felt it upon myself, when I was 40 lbs overweight two years ago. The result of my “studies” is that fat feminists are the most emotionally unstable women I’ve ever seen, and that they have dug themselves the deepest into the fake victim narrative. They are so sensitive and stubborn about their addiction and live in such wretched denial that they have recently begun to attack the medical profession itself. Doctors who offer concerned, fact-based advice to obese patients are now guilty of “medical fat-shaming,” which is to be treated as another form of “oppression.”

Today, fat activists are premiering Fattitude, their masterwork, a documentary that has been in production for three years. Among the participants are high-profile names like morbidly obese #effyourbeautystandards model Tess Holliday, and Lindy West, a feminist whose highlights of activism include freaking-out over airplane seats, writing a book called Shrill: Notes from a Loud Woman, and having a degenerative social disease named after her.

Lindy West Disease is a tragic affliction that turns a natural woman into a horrifying hambeast. Sadly, there is no medicinal cure, but possible treatment options have been discussed in the clinics I visited. They include removing the patient’s access to Tumblr, Jezebel, xoJane, and Reddit while also completely controlling the patient’s diet to prevent five or more daily instances of self-feeding.

To be serious, according to one promotional article the documentary’s purpose is to “examine how popular culture perpetuates the fat hatred and fat-shaming that results in a very real cultural bias and a civil rights issue for people who are living in fat bodies.”

Note the off-beat wording of “people who are living in fat bodies.” It is not written as the more straightforward — “fat people” — for a reason. Though subtle, the article’s phrasing suggests a sense of victimization. As if a “fat body” is merely something that has sprung upon an innocent, unknowing person, through no device or authorization of their own. Obviously what the article is hinting at is not true, as anyone knows that to become obese takes many months, even years of consciously-made poor nutritional choices (with the exception of childhood obesity, the fault of which lies with the parents). And unlike feminism’s other forms of imaginary oppression — racial, sexual; fatness is something that can be changed. All one needs is to dump the hissy fits and the “everyone is against me” attitude and follow one’s long-ignored conscience and begin a more active lifestyle. Unfortunately, an active lifestyle is the very thing the Fattitude documentary warns women against.

The cruelest aspect of the fat positive movement is that in-between those positive-sounding mantras are nefarious politically-tinged contrivances like “thin privilege” designed to make fat people feel helpless and under attack, and thus long even more for the temporary highs gotten from macaroni casserole and the blogs that say “You’re amazing no matter what you do!”

Take the following incident as a good example of the dark side of fat acceptance. A man was recently featured on the popular Facebook group Humans of New York, speaking fairly and honestly about asking his girlfriend to lose some weight. In response, the man was abused by hundreds of harpies, and a writer for the deranged feminist blog Revelist called him a “delusional bag of dicks” and “a misogynistic turd,” and suggested that his girlfriend dump the “body-shaming troll dragging her down.”

In the current West, a man must accept his woman 100% no matter what she does or says, and if he has even the smallest concern or request, it means he is forcing oppressive patriarchal standards on her. The woman, on the other hand, is encouraged to react as rudely as possible, and with a childish “fuck you, dad!” mentality spend the next three months shoveling good girl treats into her face and posting selfies of her ever-expanding flesh in lingerie with the hashtag #celebratemysize.

In the end, am I saying that fat people are horrible, undeserving of love, and should only wear baggy sweatshirts in public? Of course not. We are all valuable, but there’s a difference between overindulging in a selfish, worldly love, and adhering to a love that is founded on moral (Godly) principles and on the will to better oneself for the sake of loved ones. Not everyone should be the same weight, nor should we all worship Instagram models and get plastic surgery. Simply put: allowing gluttony to get out of hand will severely harm our bodies and mental health. Being unrepentantly obese is not a virtue, and allowing political movements like fat acceptance to twist our views of right and wrong will leave us full of regret.

After I pulled myself away from the edge of the abyss and understood that feminism was leading me towards personal ruin, I felt a deep relief and peace within myself and I lost all appetite for self-damaging behavior. I fell back to my old exercise regimen, and the satisfaction of doing so was incomparable to the months I had spent gorging in secret on lemon cakes and Snickers bars in the midst of confused self-loathing. I was not only happy because of the countless verifiable benefits exercise has upon mental health, but because I knew with utter certainty that I was doing the Right thing.

Don’t forget — underneath fat acceptance’s innocent-sounding slogans of “accept me for who I am!” is a larger movement designed to strip women of their natural female virtues and use them as tools in an anti-family, anti-male political revolution.

What body positivity should mean vs what it means to fat leftists pic.twitter.com/t0l3qdsJMW 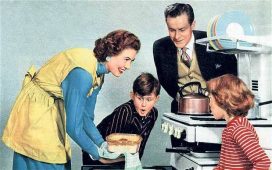 UK to Ban Depictions of Traditional Living in Advertising 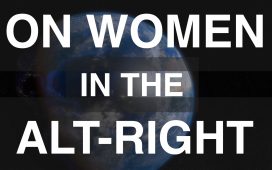 On Women in the Alt-Right 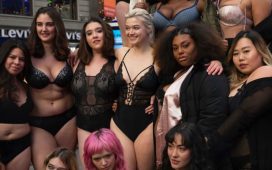 The Dangers of Attention-Seeking Women