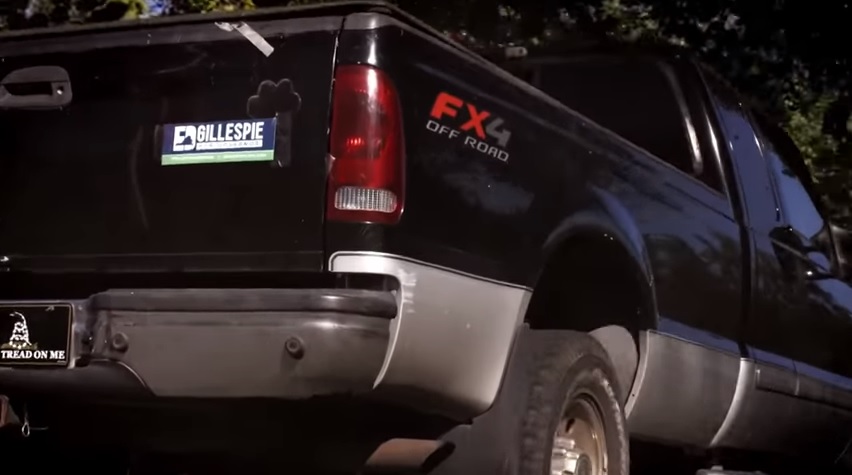 Someone thought depicting a white Trump supporter in a pick-up truck mowing down minority children was actually a good idea.

Reality comes at you fast.

The progressive Latino Victory Fund has deleted a race-baiting ad against the Republican candidate for Virginia governor, Ed Gillespie, which featured a white man in a pick-up truck decked out with a Confederate flag and a Gillespie bumper sticker, swerving around a neighborhood hunting for minority children to mow down. The video, titled “American Nightmare”, included scenes from the Charlottesville torchlit march. Towards the end a female voice asked: “Is this what Donald Trump and Ed Gillespie mean by the American Dream? Reject Hate. Vote November 7th.”

Viewers were not impressed, and despite incurring immediate harsh criticism for the video’s sick depiction of white Republican voters as potential child murderers, the Victory Latino Fund argued in favor of their message on social media. That is, until yesterday when an actual Islamic terrorist killed eight people by ramming a rented Home Depot truck into a crowded bike path in Manhattan. Awkward and tragic.

Progressives have no sense of reality, they despise it because it forces them to take some action for their own poor choices in life and to show more personal responsibility. Blaming white people has become the knee-jerk reaction for the nation’s professional victims, and there are simply no limits anymore to the lengths some groups will go in order to incite unfounded hatred against whites, especially straight men. Even after deleting their ad from Youtube and all their promotional Tweets associated with it, Latino Victory Fund’s final statement over the matter still seeps passive-aggressiveness and a complete lack of understanding or remorse.

“We knew our ad would ruffle feathers. We held a mirror up to the Republican Party, and they don’t like what they see,” said Cristobal J. Alex, the group’s president. “Given recent events, we will be placing other powerful ads into rotation that highlight the reasons we need to elect progressive leaders in Virginia.”

Reality slapped these idiots and hate-mongers across the face, and although it hasn’t helped them wake up or gain any sense, at least it is refreshing to see that the video and its subsequent removal has shown a light to the general public on the group’s deceptive tactics, including the fact that they are willing to depict Ed Gillespie and his voters as supporting the literal mass murder of children.

The backlash against the video continues as Ed Gillespie’s opponent, Ralph Northam, is being roundly denounced, even by the Washington Post, for a campaign spokeswoman initially claiming they “have no misgivings” about the video, and then releasing a completely opposing statement on it a day later.

Social media outrage over the divisive ad was intense at the start, but now the embarrassing and ironic situation after the Manhattan terror attack may very well cost the Democrats the upcoming election in Virginia. In the end, this was another prime case of a splendidly backfiring progressive campaign. While the Latino Victory Fund sought to “raise a mirror” to the supposed evils of white people, they only revealed glimpses of their own hatred and hypocrisy.

Guys, your ad was despicable *before* the terror attack in NYC today. This is the most tone-deaf and petty statement you could’ve made