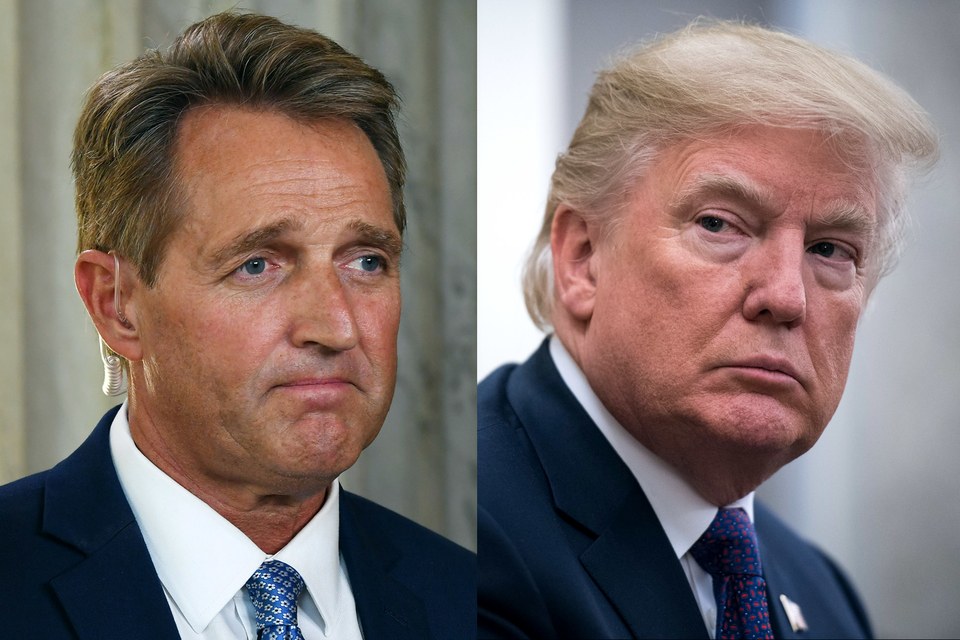 Counter-signaling Trump is not an act of courage, it’s conformism.

We have long been ridiculing the “true conservative” archetype.  They have indeed been the subject of our mirth for the last couple of years, and it has been fun.  Yet they apparently haven’t been listening, and persist in their disingenuousness.  After all, they’re adhering to sacred constitutional principles.

The latest perfidy from these neocon shills comes from the soon to be retired Senators Corker and Flake.  We are told that since they are not seeking reelection, they are now free to speak their minds.

Sorry, doesn’t that imply that they have been deceiving us up to this point for the sake of swindling their constituents into voting for them?

In other words, now they can stop bullshitting, take off their masks and really stick it to those dumb-ass Republican voters.  You know, the working class White people who somehow think that unlimited free trade and immigration are not exactly in their best interests.

Flake explains why he has become a Trump nemesis:

I couldn’t sleep at night having to embrace the president or condoning his behavior or being okay with some of his positions.  I just couldn’t do it — it was never in the cards.

But his virtue signaling against Trumpian nationalism made him an unpopular fellow in Arizona, ultimately leading to his not seeking reelection:

I knew that when I spoke out at that time that I was out of step with a lot of the Republican primary voters, but I felt that I had to do it.  I had hoped — and I still hope and I’m confident at some point — that the fever will break. But it just became more and more apparent that it certainly wasn’t going to break by next year.

Now that Flake and Corker are not accountable to voters, they’re really letting loose with their bile and contempt. This bait and switch is heralded as an act of bravery in the lying press.  It’s as though agreeing with the entire media complex and being portrayed as a hero on the news every day is an act of courage.

No, being a rebel, being authentic, means going against what everyone else tells you to do.  This is especially applicable when the prevailing wisdom is extremely wrong and harmful (such as right now).  If you want accolades for standing on principle, let me see you speak out in favor of politically incorrect causes, not globalist shill causes.

What’s more, Senators Corker and Flake are both now said to harbor delusions of running for president against Trump in 2020. That’s what happens when you misinterpret cynical praise from media elites for support from actual people.  It’s an understandable mistake.

In the last two days, I have heard Jeff Flake interviewed on NPR twice.  (I’m only listening to NPR ironically, rest assured).  In the last two weeks, there have been about one thousand glowing press coverage pieces on Bob Corker, for his cheap and unimaginative barbs at Trump.

They’re both very concerned about the dignity of the White House, you see.  And they express this concern by leveling low-brow insults on Twitter.  It’s all very dignified.

It's a shame the White House has become an adult day care center. Someone obviously missed their shift this morning.

That is a Hillary Clinton tier zinger, a lame attempt from a boomer to tap into pop-culture sensibilities in order to demean his opponent. Trump is actually good at that; it’s kind of his calling card.  Corker is not very good at that.  And it’s cringy to see someone pretend to be something they’re not.

One of the most nefarious powers of the media is to create a running narrative of heroes and villains.  How long can we countenance, then, such little men being portrayed as heroes?