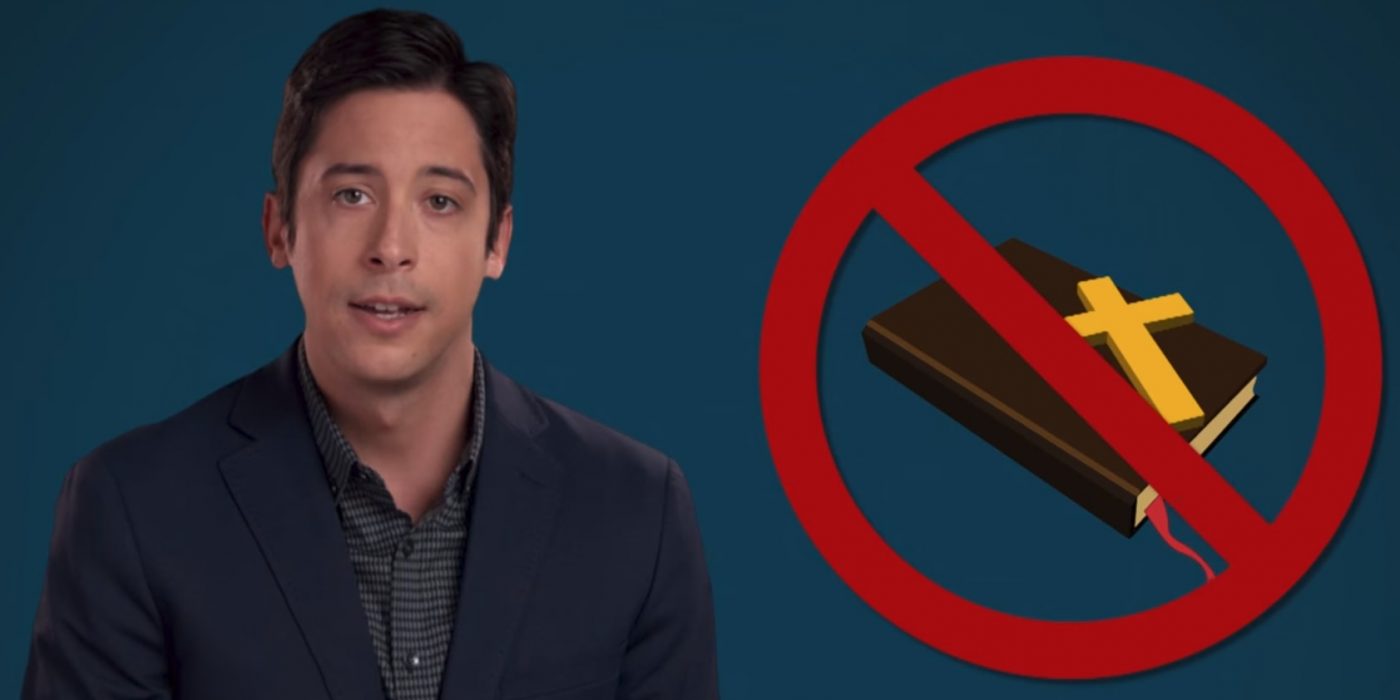 Michael Knowles From Prager U Tries To School The Alt-Right

He took a deep dive into the shallow end of the pool.

The Daily Wire recently released a 250-word article accompanying a video in which a Michael Knowles reads half of the column and then tells us all the deep dark secrets of the Alt-Right.

The secret is when you only do 30 minutes of preparation and call yourself an expert you just look stupid.

Everybody has an opinion about it, but nobody seems to know exactly what it is. So, I took it upon myself to find out. I took a deep dive into alt-right culture. I read their books, listened to their podcasts, watched their videos, followed their blogs, and spoke personally to their leaders.

The video is tedious, and though I was promised a deep understanding of the Alt-Right, he spends a lot of time setting it up and explaining what Alt stands for. This is the stuff we have all heard many times before, people discussing how Alt-Right are concerned with race and so were the left-wingers. The bait is of low quality, and if it were not for this next statement, I would have continued on my day without addressing this point.

So in the Alt-Right’s view the moral ideals of the American Founders like: ‘All men are created equal,’ are naive and misguided.

So you did a lot of research for this article, did ya champ?

Let’s break this one down; The phrase you referenced is an excerpt from the preamble of the Declaration of Independence, the document which was written by founding father Thomas Jefferson and served to sever ties with our colonial overlords. While the declaration has no authority in US law, I will agree it still is an excellent way of describing the ideals on which America is founded, that if you can work hard, you will be successful. The phrase “all men are created equal” is a middle finger to the European aristocrats who did not see the Americans as equal, believed themselves much more civilized than us petty commoners. Well sure this is all interpretation, and how are we to know what Thomas Jefferson meant by his statement? Maybe we can take a look at the one novel he published in his life, let’s get a sense of what our Founding Father believed, to see if he did indeed think all races were equal.

I advance it therefore as a suspicion only, that the blacks, whether originally a distinct race, or made distinct by time and circumstances, are inferior to the whites in the endowments both of body and mind. It is not against experience to suppose, that different species of the same genus, or varieties of the same species, may possess different qualifications. Will not a lover of natural history then, one who views the gradations in all the races of animals with the eye of philosophy, excuse an effort to keep those in the department of man as distinct as nature has formed them?

It will probably be asked, Why not retain and incorporate the blacks into the state, and thus save the expence of supplying, by importation of white settlers, the vacancies they will leave? Deep rooted prejudices entertained by the whites; ten thousand recollections, by the blacks, of the injuries they have sustained; new provocations; the real distinctions which nature has made; and many other circumstances, will divide us into parties, and produce convulsions which will probably never end but in the extermination of the one or the other race.

Add to these, flowing hair, a more elegant symmetry of form, their own judgment in favour of the whites, declared by their preference of them, as uniformly as is the preference of the Oranootan for the black women over those of his own species. The circumstance of superior beauty, is thought worthy attention in the propagation of our horses, dogs, and other domestic animals; why not in that of man? … and more by the glands of the skin, which gives [blacks] a very strong and disagreeable odour. … They are at least as brave, and more adventuresome. But this may perhaps proceed from a want of forethought, which prevents their seeing a danger till it be present.
— Thomas Jefferson Notes on the State of Virginia.

Here is some more:

To be consistent with existing and probably unalterable prejudices in the U. S. the freed blacks ought to be permanently removed beyond the region occupied by or allotted to a White population. The objections to a thorough incorporation of the two people are, with most of the Whites insuperable; and are admitted by all of them to be very powerful. If the blacks, strongly marked as they are by Physical & lasting peculiarities, be retained amid the Whites, under the degrading privation of equal rights political or social, they must be always dissatisfied with their condition as a change only from one to another species of oppression; always secretly confederated agst. the ruling & privileged class; and always uncontroulled by some of the most cogent motives to moral and respectable conduct. The character of the free blacks, even where their legal condition is least affected by their colour, seems to put these truths beyond question.
— James Madison James Madison to Robert J. Evans 15 June 1819 (James Madison too, just for fun)

Now I do not expect everyone to be experts in history, but if you are making this claim that you have ‘read their books, listened to their podcasts, watched their videos, etc.’ it should be assumed that you understand this core tenant of our system of beliefs. The truth of the Founding Father’s intentions for America is an introductory level belief of the Alt-Right ideology, and as I do not want to imply you would knowingly lie to your audience, the only other option I see is that you did not, in fact, do your “deep dive” at all.

If you’re going to make an appeal to authority, make sure the authority agrees with you. It seems you are the one who believes the founding fathers naive and misguided.

He goes on to make some weak generalizations about the Alt-Right “rejecting God,” I suppose he is appealing to his boomer bible belt audience here, asserting that the reason we don’t accept it is that black people are allowed in heaven too.

The article is getting long, and I don’t want to get into a religious debate here so I will answer your unsubstantiated claim with an anecdote: The majority of the people I know in the Alt-Right are Christian to a degree. One of my closest friends who is in the movement is planning on becoming a Catholic priest.

I recommend you actually watch this part of the video, it leaves a really bad taste in my mouth as he attempts this very dishonest categorization of the Alt-Right as strict atheists, quoting Nietzsche with big “GOD IS DEAD” words flashing on the screen, referencing Richard Spencer’s similarities to both Marx and the Nazi’s in the same breath. The rest of the article I was able to convince myself he was just a stupid man who didn’t care enough to research, but this man is a Yale graduate, I cannot explain this away as sheer incompetence on this one.

Now there needs to be a point to analyzing this outsider’s perspective of the Alt-Right. The truth of the matter is one only understands the ideology after being immersed in the culture for a long time. People like Michael Knowles don’t want to have to browse TRS or /pol/ or even altright.com for three months to figure us out.