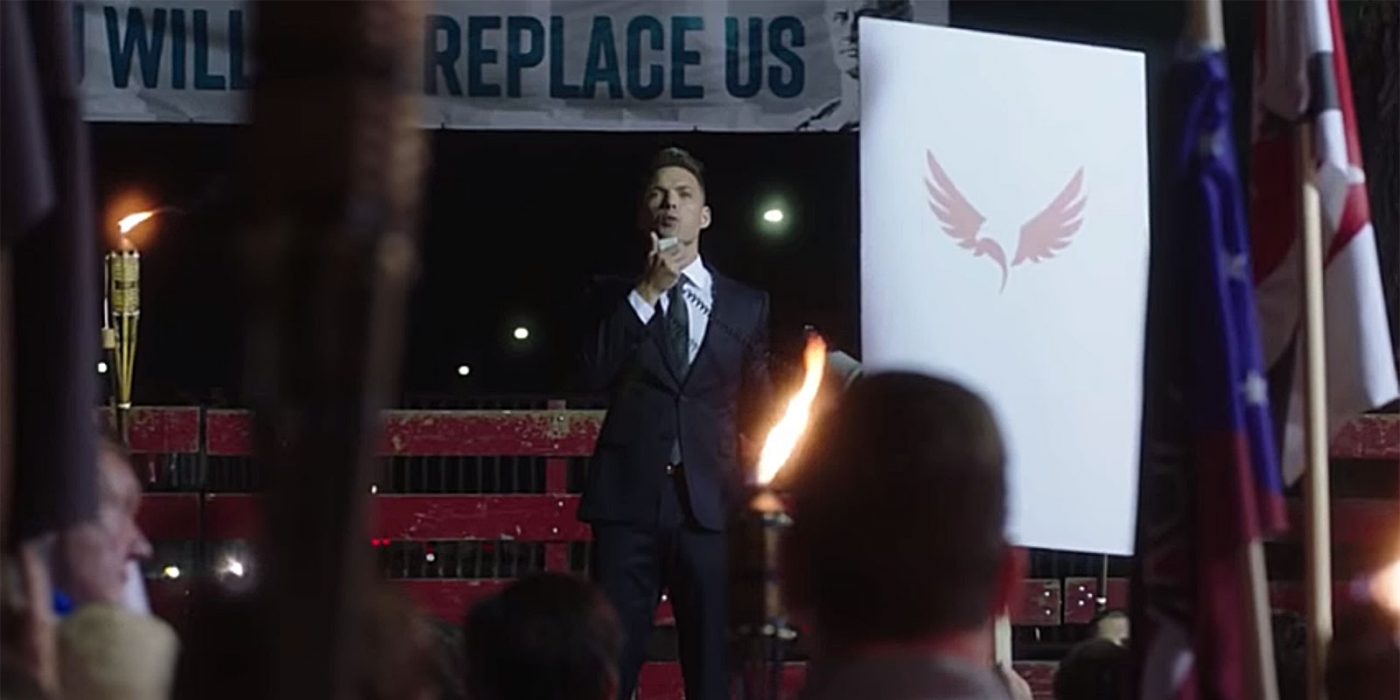 Richard Spencer discusses a recent episode of the CBS crime drama “Wisdom of the Crowd,” which featured a parody of him and the Alt-Right.