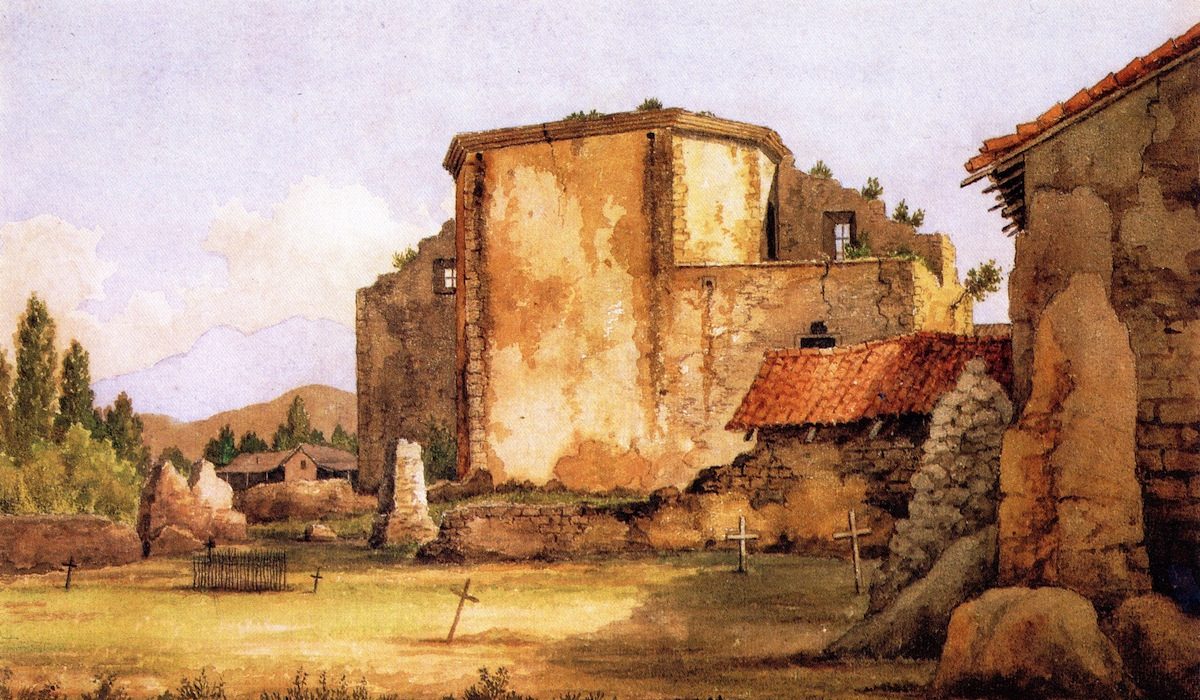 A Californian boomer offers her first-hand account of the state's infamous demographic shift and the frustrations over her generation's inability to stop illegal immigration.

Until last week, I didn’t even know that I was a baby boomer.

As far as I was concerned, that was a word that described my parents’ generation. To my surprise and thanks to the Alt-Right, I’ve learned that I do fit the boomer demographic. I was born in 1958 and was too young to have experienced the hippie movement. My parents were Republicans and wouldn’t have allowed such behavior anyway.

While the generation in between was smoking dope, getting high on LSD, living in vans, creating social unrest, and protesting the Vietnam War, my family was tucked safely away in an upper-middle class neighborhood in Orange County, California. Throughout the war, I wore a metal bracelet with the name of a POW, Major Don Lyon. No one told me to wear it. I never received a lecture on how to be a patriot. I simply knew what my family stood for. The fact that my grandfather had been an officer on the Santa Ana police force or that my father had served as a U.S. Marine during the Korean War probably had something to do with it. But without any brothers, I spent most of my childhood surrounded by ballerina figurines and collector’s dolls. I had little knowledge about anything manly such as risking your life for your fellow man or service to your country.

Sometime around 1970, the demographics in California started to change. By then we had moved to a five-acre ranch in North San Diego County and the populace around us was growing darker in terms of skin color. There weren’t any blacks around. They stayed in their own communities in Los Angeles. The people who were infiltrating our society were Mexican Indians because the upper class in Northern Mexico discriminated against them.

Ours was the last house before you went down to the Rincon Indian Reservation. There was no police or fire service; in the tradition of the Scots-Irish, you simply took care of business on your own. I was about fifteen and home alone when a group of illegal aliens got frighteningly close to the house. I took out my dad’s twelve-gauge shotgun, opened the window, and placed it on the sill. The group immediately took off.

My mother did hire an illegal couple to work on the ranch. Esperanza cleaned the house and took care of my sister and me while my mother worked. Jesus fed the horses and did whatever else needed to be done on the property. We knew they were illegal and it royally pissed me off because they were taking advantage of our good will without having regard for our laws. But they weren’t bad people overall. They were peasant farmers from Guadalajara without any opportunity to thrive in their own country. I did have respect for the fact that, unlike illegal aliens today, they would have sacrificed their lungs to become Americans and were prepared to throw their allegiance to Mexico under a bus.

During those years they learned English while I learned very little Spanish. Jesus insisted that I speak to him in English even if he didn’t understand because he wanted to assimilate. He and I would sit under an oak tree with his English-Spanish dictionary and I would teach him how to pronounce the words while the warm smell of Esperanza’s hand-made tortillas wafted around us.

One day, I came home from school to find my mom and Esperanza in a state of chaos. Jesus had been driving along Valley Center Road when a police officer had pulled him over and discovered a warrant. An old girlfriend claimed that they’d had a baby together and that he owed child support. Since he was an illegal alien, he was deported on the spot.

I cried, thinking we would never see him again, I had really appreciated his thoughtfulness. On my birthday, he’d given me a five-dollar bill as a gift when he had none to spare. Imagine my surprise when I woke up three days after he’d been picked up to find him tossing a flake of hay into a horse’s stall. His old girlfriend had confessed that the child was not his in Mexican court. He had then skipped back across the border without a hitch.

It was then that I realized just how much open borders could screw us up. “Come on in. Food Stamps for everybody . . .”

By the late 1970s, my family had moved back into town. The plan was to stay in a cramped house in a working-class neighborhood until the kids graduated from high school. Then the family would move to a better neighborhood. In the 1990s, my mother saw an old friend from our days on the ranch.

“Do you still hire the wetbacks?” she asked.

“Oh hell no,” the friend said. “We are terrified. They come across the border with prison tattoos and guns. We wouldn’t dare.”

The days of having peasant farmers crossing the border for a better life were over. We now had hardcore criminals committing murder and rape.

My grandparents still lived in Santa Ana in a house built by my great grandfather in the 1930s. The neighborhood seemed to change overnight as senior citizens were replaced by Mexicans and even Central Americans from places like El Salvador. My grandparents’ property was robbed twice. The first time, the thieves got the heirloom jewelry that I was to inherit, and a shoebox full of silver dollars. The second time, a case full of dusty cassette tapes was stolen from the garage. An elderly woman that my grandparents has known for decades woke up in the middle of the night to find a Mexican man on top of her. She later said that it was only by the “grace of God” that she was able to hold him off.

I started to write letters to the editor about the illegal alien problem in 1984. The letters were published in the North County Times and the San Diego Union Tribune but didn’t get much attention.

My grandfather was the only white person left in the town where he had lived for sixty years. He was known as “Mr. Orange County” because of his participation in civic affairs. When mariachi music shook the walls of his small house one day, he waved his old police pistol around and declared, “I’m going down and I’m taking the Mexicans with me.” He was eighty-eight and my uncle came from Los Angeles to take the gun away.

At the time, I wrote my grandfather off as a crazy old man, but now I see that he was traumatized by what was happening around him. The same thing is happening to me in North San Diego County today.

My daughter was preyed upon by Mexican gang-bangers who thought she was one of them. Her father was Spanish, not Mexican. She was called a “disgrace to her race” and told to stop “acting white.”

“What are you talking about?” she asked. “I am white.”

Her European ancestry made no difference to them.

I transferred her to another high school only to find that Mexican students were being bussed into that white neighborhood. I had to drive her there every morning because there was no bus for her, but there were two for them. And the globalists wonder why we voted for Trump? This would be one reason.

Mexican women have intentionally hit the back of my legs with baby strollers and nudged me out of the way while I’m shopping at Ross. I’ve made up my mind that if one of them does it again, I’ll make my opinion known and accept the consequences.

Because of acts like this, boomers couldn’t race to the polls fast enough to vote for Ronald Reagan. He was to be the savior that would make America white again. We were all devastated when he proved himself a traitor. Against our wishes, he granted amnesty to six million illegal aliens and started the current immigration trend of “We’ll allow the ones already here to stay and secure the border for the future.”

Boomers voted for Pete Wilson for governor and for Proposition 187 to rectify the situation. Wilson did nothing and a judge overturned the voter-approved measure. Apparently, it is unconstitutional for taxpayers to not want to pay for the welfare benefits and education of freeloaders.

Trump was our great white hope and even he has let us down in favor of the Hispanics. Who cares if Pepe the Pizza Maker gets deported? So what if an MS13 gang member kills someone in his own neighborhood? Most of us will never be the victim of that level of violence. The real threat is DACA (Deferred Action for Childhood Arrivals) and what they are doing to the job market for professionals. So far, thirty-nine Dreamers have gone to work for Facebook alone, and Mark Zuckerberg is fighting for more. If this keeps up, where will the truly qualified white professionals going to work? What has happened to our merit-based American dream?

The Alt-Right tends to blame the boomers for the whole immigration mess. Trust me when I say that many of us did everything we could to stop it. Every politician who promised to fix the problem got elected into office and then proved himself to be a traitor. We were against an unstoppable tide from the beginning. Now, the only thing left is to say goodbye.

TopicsboomersCaliforniadacademographicsdreamersmass immigration
Share on FacebookShare on TwitterShare on RedditShare on VKontakte