Will We Have A Spanish Civil War?

I thought the Catalonian thing was over, but I was wrong.

Just minutes after the Catalan government voted for Independence from Spain, with a former Decision of Independence likely to follow momentarily, over in Madrid wasted no time in responding, and moments ago, with 214 for and 47 against, voted to approve Article 155 of Spain’s 1978 Constitution, aka the Nuclear Option which has never been used before, suspending home rule in Catalonia, and giving Prime Minister Rajoy the power to oust the Catalan government.

What happens next? That’s a very good question. Still, at least this independence has lasted longer than 8 seconds. The Catalans are getting better at it, you have to admit.

I don’t know, will there be blood spilled?

In a live TV address to the nation, Spain’s PM Rajoy just announced that it is a “sad day” in which Catalans showed “contempt” for democracy, and ignored the general interest; that the Catalan declaration is unacceptable to majority of Catalans, and that, as a result and as expected, he is firing Catalan president Carles Puigdment, the Catalan police chief, and the entire Catalan government as “prudence” and “serenity” are now needed: “we never wanted to reach this situation”.

Ministries in the central government will assume powers of the Catalan administration.

Well, I think its possible. Catalonia is a sort of holy land for anarchists because it was the world’s only anarchist state for a couple of years during the civil war.

So that means you’ll have violent lefties trying to start shit and then getting hit.

Spain’s top prosecutor will seek rebellion charges for those responsible for a vote in favor of declaring an independent Catalan republic, an official Spanish spokesman said according to The Independent. The spokesman said the prosecutor is looking to determine if the charges should be limited to the Catalan cabinet, including President Carles Puigdemont and Vice President Oriol Junqueras, or if they should also include members of the parliament’s governing board and lawmakers.

The official, who spoke under condition of anonymity in line with internal rules, said the charges could be brought as early as Monday. As Mr. Maza warned,“The rebellion crime is punishable by 30 years in prison if it is a crime of considerable gravity, of course…if the Catalan police did not comply with the order, Spain would take over control of the force.”

That being said, I am sure that there are sincere Catalonian quasi-nationalists who want independence. In general, though, it seems that the region is evenly split among loyalists and separatists.

But let’s talk about what really important here. 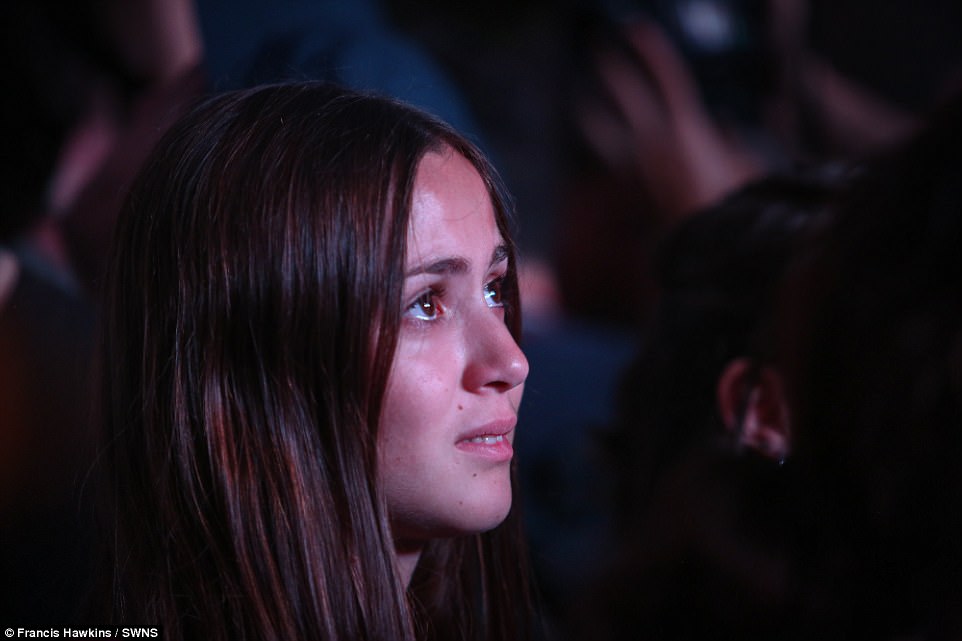 The United States MUST open its doors to the persecuted Catalonian minority of Spain who is under repression from the brutal authorities in Madrid.

They must send their women out of harm’s way if fighting kicks off, right? 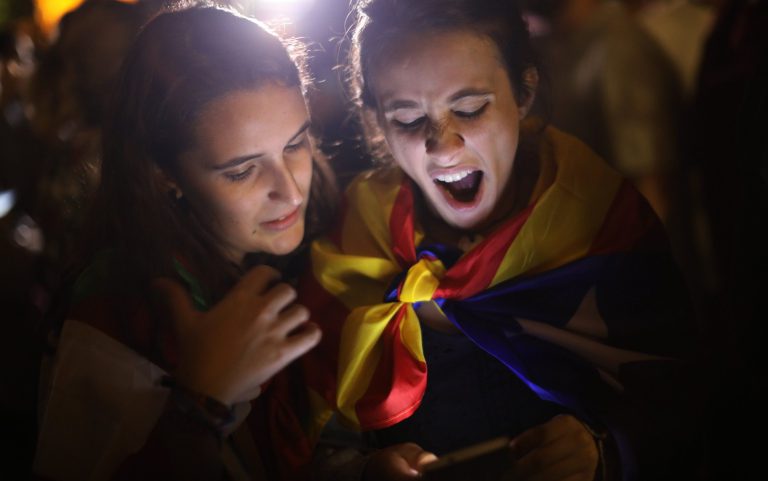 Now, I don’t know if these pics are representative of the typical Catalan girl, but it can’t be any worse than what we have in the US. 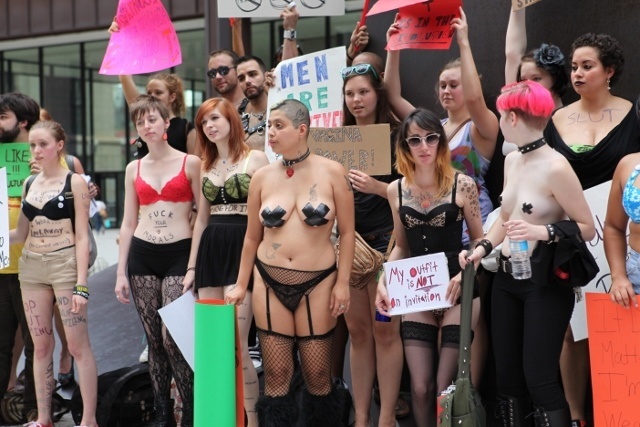 So yeah, let’s get ready to open our hearts to the poor persecuted Catalonians. I am sure that all the liberal American women who want open borders will be tripping over themselves to let in thinner, hotter, White girls into America, don’t you?

On a more serious note, here are the crowds in Barcelona:

This is a good stream to watch to see the tanks roll in, Tiananmen-style.

Obviously, though, there are many who sympathize with Catalonia’s secessionist ambitions. Catalonia might be filled with retarded boomer lefties… 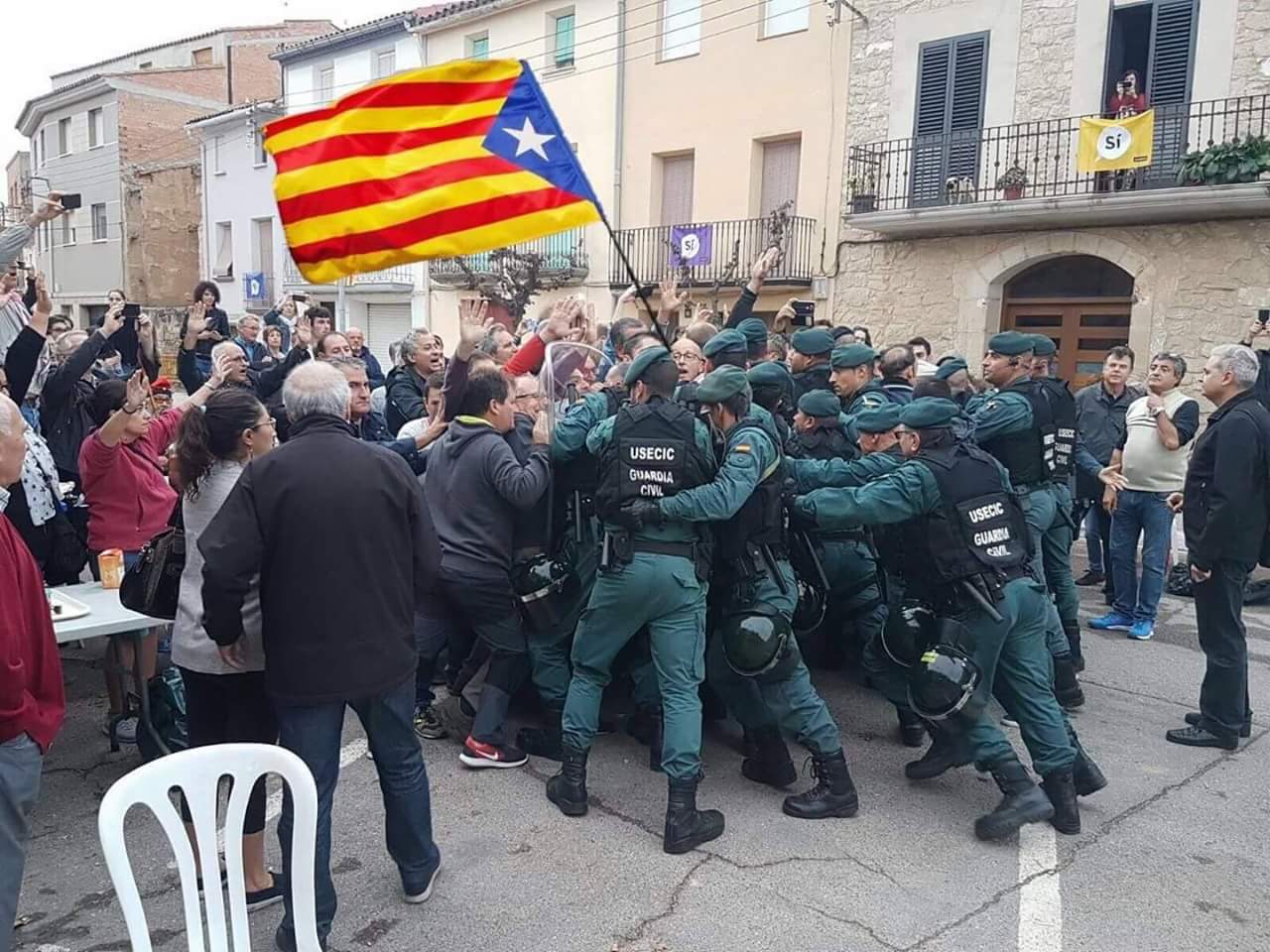 …but it sets a precedent in the EU for secession. Now, the question remains whether an independent Catalonia will still be part of the EU or not. And if it will, then it will still have refugee quotas to fill. Which means that in the end, none of this will matter. So, let’s keep that in mind.

Also, back in University, I studied with a bunch of rich European students studying abroad in the US.

The ones from Spain were all from Catalonia. That makes sense, considering that they are the richest and most liberal part of Spain. As I’ve noted before, there’s an element of White Flight to all of this.

And if I’m right and you have Catalonia become independent and become a lefty-anarchist-wannabe statelet, that’s not really good for our side. It would mean that Antifa-types would have their ethnostate, and we’d still be without ours, which would sting. Besides, these seem to be closer to /ourguys/.

On the other hand, maybe we could just dump all the refugees on Catalonia and build a wall around it, which would be a win-win for everybody.