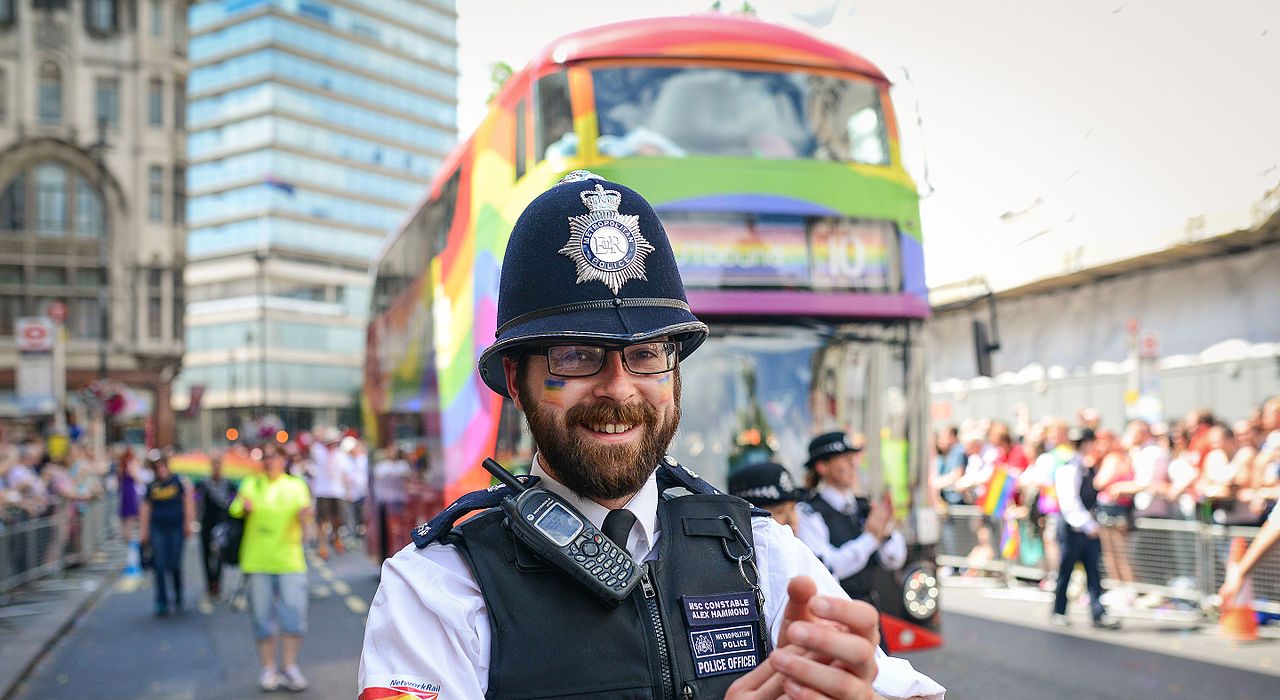 As London Falls to Transgenderism and Crime, Generation Identity Arrives

London is heading towards a catastrophic fate, but an undeterred Generation Identity set up shop.

With terrifying police like the above, London is turning into a criminal free-for-all.

It will be interesting to watch how the city progresses in the coming decades, especially since it’s one of Europe’s bastions of multiculturalism with a Muslim population currently standing around 15%, and a police force more concerned with combating “hate crime” on Twitter and frolicking in Pride parades than solving burglaries (a crime which currently has a 6% rate of being solved and which grew 25% in one year).

Despite these worrying trends that affect ever-increasing numbers of the population, the British media has been fixated instead on the topic of transgenderism and furthering LGBT rights. Recently, various news sites have commented on the bewildering 24% rise in cases of transgendered children and teenagers in the last six months. In London, there’s a NHS-funded clinic called GIDS (Gender Identity Development Service) that “assists” children as young as three-years-old to find their real gender. According to the Daily Mail:

When specialists in gender dysphoria meet the children referred, they can decide whether to prescribe under-11s powerful hormone blockers to halt the onset of puberty.

Families usually have between three and six appointments with the doctor before an assessment is made.

Experts claim the blockers are a safe way for children to explore whether they are transgender and would like to transition.

Out of the youngsters who visit the GIDS, around 40 per cent are prescribed the hormone blockers.

40% of children treated by the so-called “specialists” receive hormone therapy. I stand in awe at that suspiciously high rate of diagnoses for one of the rarest and most vaguely defined mental illnesses in the world.

Gender expert Professor Miroslav Djordjevic criticised the figures, claiming it is “impossible” to tell if a five-year-old is transgender.

“At the minute it’s something like a fashion. We’re seeing a lot of parents who come for help because they are not sure if their children are transgender or just being children.”

To claim that these life-altering hormone injections are “safe” is laughable. 60 Minutes Australia recently featured a 14-year-old boy named Patrick on their program who regularly took estrogen for two years before spontaneously changing his mind and wanting to be a boy again. The report specifically detailed the irreversible and tragic consequences hormone therapy has on children. In Patrick’s case, he grew breasts, his bone structure changed, and his voice remained that of a prepubescent boy. He felt so ashamed afterwards that he wore only baggy sweatshirts in order to hide his chest and dared not go out to play sports or swim. His mother admitted she gave him her own estrogen medication since Australian law only allows hormone therapy to begin at age sixteen:

“Patrick was growing very tall and very broad, and one thing that estrogen will do is halt the bone growth to more of a girl pattern of growth. So, we were wanting to fuse his bone growth so that we could reduce his height a little bit and also soften his features.”

But meanwhile the experts in London’s public-funded gender insanity clinic insist that taking hormones is a safe way to “explore” your identity. Sounds like someone is trying to hide their evil agenda by throwing out placating words and verbal obfuscations.

The social justice outcry over transgender rights has become so deafening that it has reached the highest points of the UK government. For months, we’ve been seeing examples of gendered language being scrubbed away in public. From the British Medical Association claiming the term “expectant mothers” offends trannies, to the London metro backing away from using “ladies and gentlemen” in its announcements, the grand re-ordering of language for the sake of progressing the religion of social justice has only begun. The latest catch by the tranny language inquisitors reached Theresa May’s office, where her spokesperson had to reassure citizens after the government’s Foreign and Commonwealth office submitted a request to a United Nations amendment that the term “pregnant women” be changed to “pregnant people” so that it didn’t exclude trannies who had given birth. After a backlash that even some offended feminists joined, the government insisted the term “pregnant women” would continue to be acceptable, despite the FCO still claiming that they will request the Human Rights Committee to not exclude trannies from their policies.

And to think — these politicians are supposed to represent a conservative-minded government. Also, it’s difficult to avoid imagining the self-righteous pride the authors of the aforementioned UN proposal likely felt as they sought ever-greater ways to virtue-signal.

It’s worth keeping our eyes on London for it represents the globalist’s dream for all of the West, and this city, along with Paris, seems very close to reaching the end goal. With crime increasing by 13% in one year (primarily in multicultural neighborhoods, of course), and the police preferring to create LGBT units and hire a majority of women to the force, it will be interesting to see how the pro-Sharia migrant populations eventually deal with the LGBT lobby who can hardly restrain their eagerness at the chance to pump children full of hormones in order to destroy the natural growth of their bodies.

There is respite in knowing that Generation Identity have created a UK chapter and announced their presence with a visual, brave stunt, but it will take a lot of determination and uniting our messages to save a city like London. I’m not saying the following because I’m black-pilled, but in the short term it seems that the likely fall of London and Paris to the siren-song of multiculturalism and suicidal liberalism may just serve as a much-needed visceral reminder to the rest of the Western world of the chaos that awaits if we don’t take action to keep our neighborhoods safe, healthy, and organized. 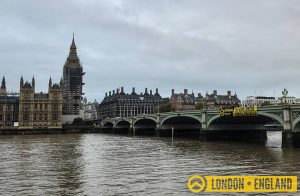 As for Generation Identity, I salute and support their brave actions and urge you to check out their site, their Twitter account, and their Facebook page. They are the patriotic flame the people of the UK desperately need to light their way back to morality and peace.