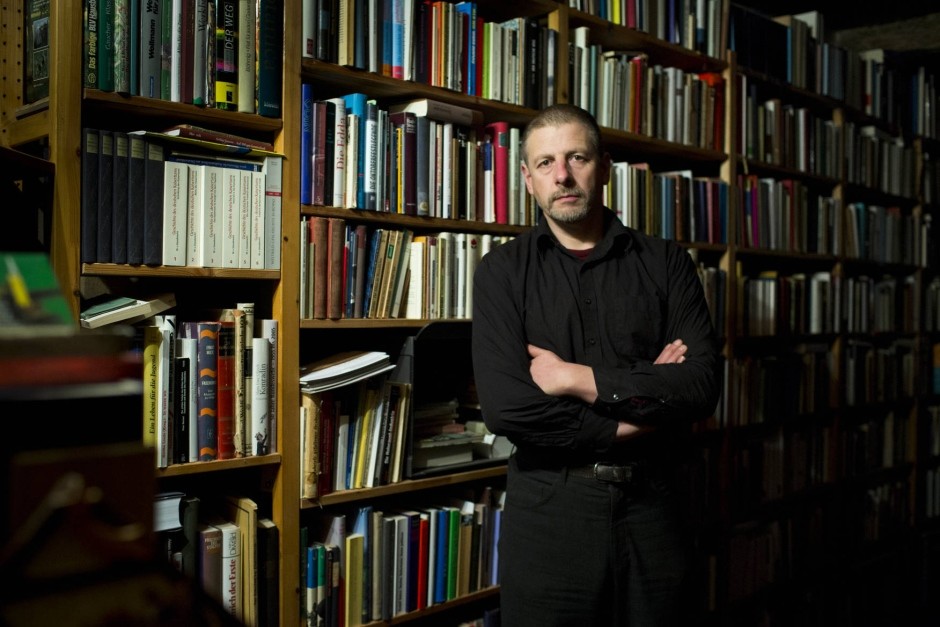 In general, the German situation is as follows: there is a right to free speech, but no right to publicity.

Lately publishing from the right has come under broad attacks, whether de-platforming like what Kickstarter has done to Arktos or no-fly lists in the case of Washington Summit Publishers, dissident right publishers are facing opposition like never before.

The Frankfurt Book Fair is one of the largest publishing trade fairs in the world. It routinely attracts hundreds of thousands of visitors and has a history stretching back several hundred years. Usually, such events are prosaic affairs between publishers, authors, readers, and an interested public, but this year was different.

The past year has been the year of “nationalism”, or the year of the Right more generally. Nationalist movements have been on the upswing from America to Europe and it is frightening the establishment. Nowhere has this shock been more pronounced than in Germany, where leftist hysteria to nationalism resulted in open violence at this year’s Frankfurt Book Fair.

The rise of the AfD has been an international story, but a corollary to this has been the explosion of identitarian ideas on the German intellectual scene. One could trace this revival back to works like Thilo Sarrazin’s Germany Abolishes Itself in 2010, but things reached a whole new level this year with the publication of a slim volume called Finis Germania by identitarian publishing house Verlag Antaios in 2017.

The book, a collection of essays, by German historian and former government advisor Rolf Peter Sieferle, looks at Germany’s post-war culture of guilt and its failure to understand the existential significance of the refugee crisis. For this Sieferle has been posthumously dubbed “Germany’s Newest Intellectual Antihero” by Christopher Caldwell in the New York Times, and his collection has reached no. 1 on Amazon Germany, and rocketed to the top of all of Germany’s non-fiction best-seller lists with Der Speigel actually removing the book off of its list citing “anti-semitism”.

With this as background, Antaios, which hasn’t appeared at the book fair in twelve years, decided to attend this year. And the left went collectively insane.

The left organized protests against Antaios as well as confrontations, and police had to be brought in to keep order. Prominent AfD member Björn Höcke was shouted down, Antaios authors had disruptions of their book readings, and Antifa caused rows at the organization’s booth. This was no ordinary book fair crowd!

At the heart of all of this has been Götz Kubitschek, Verlag Antaios’ publisher and the metapolitical godfather behind Germany’s identitarian scene and even members of the AfD’s more right-wing elements. He was profiled in the New York Times Magazine, which highlighted his decades of thought and activism and his relationship to people like Björn Höcke in the AfD, a similar profile appeared in The Atlantic very recently as well.

Therefore I’m pleased to present this short review of questions I sent over to Kubitschek on what happened at the book fair and its wider significance for those of us on the Right:

Was this the biggest response to Antaios’ work at a publishing fair?

Kubitschek: The media coverage of the 2017 Frankfurt Book Fair generally put Antaios in the public eye. With regard to reactions to a book from my publishing house, the debate about Rolf Peter Sieferle’s “Finis Germania” stands unsurpassed so far.

Finis Germania is obviously a hot topic right now and does its resonance reflect a new moment in right-wing discourse in Germany?

K: For months now, it has all been about the question whether to ignore, to criminalize, or to discuss the book. Ignoring is no longer an option, criminalizing does not work anymore, so a discussion becomes more and more likely.

Have there been other attempts at de-platforming the right etc. that have gone on recently? Since the last election have these attempts grown?

K: I can not tell anymore whose Facebook account has recently been banned and whose PayPal account has been suspended. In general, the German situation is as follows: there is a right to free speech, but no right to publicity.

Also what was done seems to have been a smashing success as far as being “radically mainstream” as we sometimes like to talk about and this was an important event in that regard.

K: Our PR strategies work because we studied and saw through the intellectual establishment’s modes of action and reaction – our guerilla marketing is effective. Anything but this would be strange, actually.

Why is the Frankfurt Book Fair so important?

K: The Book Fair is a relatively calm and civilized event where the mainstream likes to play “diverse” without accepting that which is genuinely “different.” It also offers five full days to harrow the do-gooders.

The book fair itself was opened by Emmanuel Macron who in a recent Der Speigel interview said of the right ‘these are my true enemies and we must engage them in battle’, do you think there was some resonance in the protest and controversy around your booth with these sorts of “shock troops of the system” and the rhetoric Euro leaders like Macron and others use to demonize your rhetoric?

K: There are some incendiaries conjuring a united front around some new world order with poisonous, broken terms. They always find some stooges, some are more subtle, some are rather rude and brutal. I do not think that “the system” has already actually gotten down to work. That would not have been as awkward and predictable as the actions of those philistines.