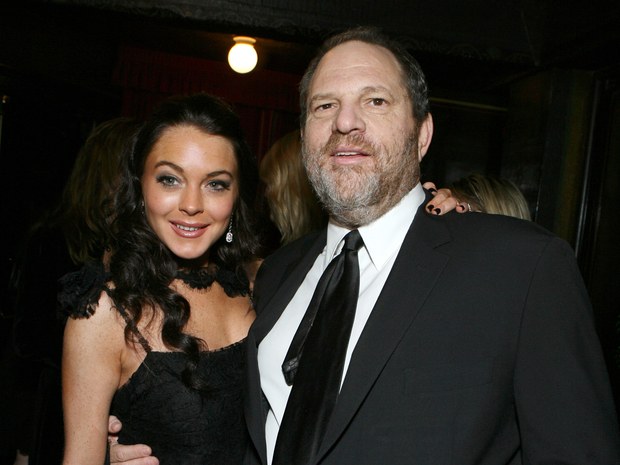 Understanding the roots of Hollywood predation is key to addressing the problem.

Just because you happen to value X or Y, doesn’t mean your politics actually produce outcomes favorable to X or Y. Hollywood is filled with self-righteous feminists and leftist hacks who claim to detest misogyny, yet sexual exploitation is clearly completely out of control in Hollywood and many lefto-elitist circles, where our supposed moral and intellectual betters hold such disproportionate sway.

But how is that possible if all these noble folk care so much about women’s rights and women’s welfare?

Well, it’s possible because caring about something doesn’t mean the measures you prescribe will actually achieve what you’re after. Democrats loathe inequality, and yet even the most prosperous and orderly Democrat-run American cities (cities like New York and Seattle) along with their surrounding areas, have devastatingly high, indeed 3rd World levels of inequality, Gini coefficients on par with your average sub-Saharan African nation.

The political left has been undermining, for as long as most people can remember, the very values that actually protect women and their health: marriage, stable family life, self-restraint, chastity, chivalry, childbearing and rearing, pride in motherhood, etc. It has waged a century-long, non-stop campaign against traditional values. Then it wonders why women are so miserable, why they’re sucking the cocks of fat, disgusting, filthy rich, predatory old Jewish oligarchs to land parts as extras in B films.

But it’s not that hard to predict if you know anything about life and what satisfies human beings generally.

Being a whore is not the path to health or happiness. Neither is putting your career before your biology. You might invoke the hedonist’s paradox or just consider all of the risks and costs we now know accompany sexual immoderacy to explain why a life of singlehood and sexual indiscriminateness is such a wanting one: disease load on mother, offspring and community, higher divorce rates, unwanted pregnancies, unplanned births and single motherhood, unfulfilling romantic relationships, drug addiction, and various other mental health problems.

Point is, it doesn’t matter the cause, sexual intemperance is by and large unhealthy and not a path to happiness.

The political left, wedded to the sacred libertine culture of the 1960’s, does not want to concede this point and admit that its embrace of lewdness and licentiousness was folly and well overdone, and because it won’t, it is young people that are left to suffer tremendously. The Harvey Weinstein scandal has revealed to ordinary Americans just how common sexual exploitation is in Hollywood and other hotbeds of Cultural Marxist elitism. The problem is that there is no solution to that exploitation that does not involve seriously undermining the Cultural Marxist power class, its societal influence, and its moral legitimacy. What’s more, the law is incapable of solving the problem. 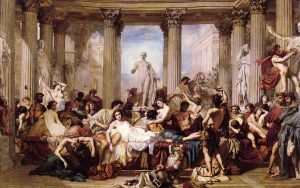 For example, you could make all sexual contact between employer / would-be employer and employee / would-be employee illegal, since it is after all effectively prostitution in that it is implicitly or explicitly a quid pro quo, fundamentally economic transaction. The problem with that approach is it turns weak men (i.e. average men) or women into criminals.

It overcriminalizes in other words.

Citizens would not be happy with such a regime since even non-exploitative sexual relations between coworkers in a vertical power relationship would be verboten, possibly even punishable by jail time. Also, it prevents women who want to go the extra mile for their careers from getting the opportunity to. Or you could criminalize nothing at all and deny even civil recourse for sexual relations between employers and employees (or in relationships with comparable power dynamics). The problem then is parasitic and predatory men will make morally unconscionable demands of many of their employees and if those employees don’t yield, they’ll retaliate. Any legal regime in between also has fatal flaws. If you don’t create a blanket ban on sexual relations between the Weinsteins and the young, naive aspiring actresses of the world, proving retaliation is often near impossible. Especially if the exploitation occurs at the first level. All Weinstein has to say is: “I wasn’t ever going to hire her anyway” if she refuses to have sex with him. Then what? Even if it occurs at another level retaliation is still extremely difficult to prove. The film ends, she never hears from him again, he’s probably retaliating, but there is almost certainly no way to prove it.

In a lot of scenarios and industries the law doesn’t really protect the vulnerable and the truth is it can’t.

Would-be tyrants and power players won’t ever tell the peons this however, nor admit it to themselves. Most of us intuitively think that women should not be pressured to have sex with powerful men to further their careers. But tragically, many women are willing to. How do decent women compete with such cut-throat, shame-free competitors? Now let’s say you decide to make it a civil or criminal wrong for employers to initiate the sexual contact or to propose some like transaction, but don’t criminalize all sexual relations between employer and employee. Well, that’s too easy to get around. It is called suggestion. Also, if you were to do this, you make it that much harder for women who are willing to go the extra mile from actually going that extra mile to further their careers, because the offer isn’t out in the open. Furthermore, this doesn’t solve the primary problem of sexual exploitation by those in a dominant power position, in that those willing to trade sex for fame will simply initiate the contact now. Nor do the evidentiary problems disappear either, since the fog of lust is much like the fog of war. It often devolves into a “he said, she said” quarrel to nowhere and the primary mover is often very difficult to identify. Nor does this regime avoid the problems with the blanket ban rule (on all intimate contact between employer and employee). And how do you solve the problem of multiple sexual episodes wherein only some are initiated by the employer? It’s just a legal morass as far as the eye can see.

The reality is that areas of law like this one are fraught with evidentiary problems, interest has to be weighed against interest and whatever legal regime you choose invariably possesses a litany of shortcomings. Keep in mind also that exploitation is not typically assault, and Weinstein-like scenarios are remarkably nuanced, complex and muddled. What is the line between sexual assault and making a move on a woman? The line is often unclear and criminals, predators and sex fiends exploit this ambiguity to great effect. After all, for all the outrage of Weinstein’s behavior, no legal reform has been proposed to address the problem, and for all of the sound and fury regarding Weinstein, it is really all much ado about nothing, because most of what Weinstein did was legally ambiguous and justifiably so. It was indeed exploitative, predatory and wrong, but most of what he did (there are some notable exceptions) was legal or if not, still virtually impossible to penalize. Touching a woman’s leg or asking for a massage might seem like sexual assault, but how far is it really going to get you in a court of law? Even far more brutal and true forms of sexual misconduct can be hard to prove in court. The harsh reality is there is no ideal or even adequate legal solution to the problem. The law is a hodgepodge of fuzzy lines and rules that can be very difficult to determine and enforce. It does not protect women from every form of sexual exploitation very well, because it simply can’t.

As is often the case in society, whether it be with regard to keeping money out of politics and safeguarding democracy, fighting corruption in the halls of Congress, or making sure children have ethical compasses and don’t become ruthless gangbangers, the only viable solution is private morality. The kind of abuse of power Harvey Weinstein regularly engaged in can not be corrected by law. It can only be corrected by free citizens acting honorably and scrupulously. Consumers should not enrich men like Harvey Weinstein by watching his films, and women must refuse to be exploited sexually, thereby reducing the supply of women willing to sell their bodies for success. If women generally value themselves, their dignity and their professional integrity, this should also reduce the expectations of predatory bigwigs and reduce pressure on other women in the industry to do questionably moral things to keep up. There will however always be powerful men who prey on vulnerable women. Which means we need to teach young women exactly the opposite of what their Cultural Marxist professors are teaching them. After all, leftists have primed women for exploitation. First they tell women to put career over family and then they tell women casual sex is both healthy and perfectly moral, because they’re your sex organs and you should do whatever you damn well please with them! Sex positive, right? Well, how then can we be surprised when women are willing to offer up their sex organs for career advancement? After all, those organs have literally no other purpose for many young women in America! Marxist academics have practically been imploring impressionable young women with little to no life experience to jump on the diseased cock of the next fat-cat they meet. Ironic since these same Cultural Marxists are supposedly so concerned about exploitation of every stripe, yet their ideas are like fertilizer, creating perfect conditions for an epic harvest by parasitic Western oligarchs, always eager to feed on the poor, the desperate and the beautiful. And producers of course, no matter their power or privilege, should never behave as Weinstein has, not because someday lawsuits may fell them or someday society may shame them, but because that conduct is shameful and reprehensible irrespective of the personal consequences.

But again, that stops and begins with our own moral attitudes and commitments.

There is no replacement and never was for a righteous citizenry. A nation rises and falls on the moral fiber of its citizens. America has been in a nosedive for quite some time, because too many Americans have no moral fiber to speak of. And truth be told, you can not legislate morality or integrity, no matter how badly the US power class would like it to be possible. When it comes to certain contexts and certain types of conduct, we must govern ourselves. There is no other way. Man’s imagination is boundless and his passions mirror his imagination. If we always go as far as the law will permit, either by explicit allowance or practical limitations on enforcement, we are destined to do wrong, we are destined to be well… like Harvey Weinstein. Look at Harvey Weinstein. Look carefully. Now search yourself. Do you really want to be like Harvey Weinstein? We are a nation of laws to be sure, but a nation of only laws is a nation bound for ruin.