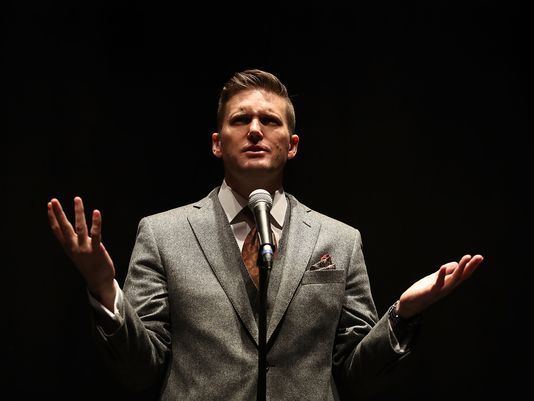 What are the results of our action in Florida?

After Charlottesville we had to batten down the hatches, grit our teeth and start riding out the storm.

But we made it through stronger than before. And now, there is fallout from Florida coming our way as well.

First and foremost, Disqus shut us down.

So we no longer have a Disqus-powered comment section.

This will hamper the discussion because of the relative ease that Disqus allowed users to check the history of posters to see if they literally made their account solely to shill on our site or whether they were a Boomer nationalist that had stumbled over from Breitbart.

Also, the like system is gone now and seeing as I got a little dopamine hit off seeing my comments get those sweet sweet upvotes, that’s going to be a deep blow to my self-esteem.

After Charlottesville, we got kicked off many platforms by the globo-homo-corpo oligarchy. Still, unlike the Stormer, we didn’t get our domain stolen by Google, so we dodged a bullet there, I suppose.

Three guys got arrested after the event.

The details are sketchy, but it looks like three guys were arrested after Antifa attacked their Jeep and one of them fired a warning shot in the air before speeding off.

As many of you know, there were specific instructions from many Alt-Right figures to NOT bring guns to the event.

And the guy who brought the gun had priors, so it seems that he is in deep now. This is not good for him.

The movement will move past it though. Most of the MSM picked up the story for a day, but they haven’t been able to successfully milk it like they did with Trayvon Martin or Dylann Roof. Perhaps this is because they know something we don’t and they don’t want the story to gain traction only to backfire in their faces.

After all, the Charlottesville death has now been revealed to be due to a heart attack and not due to White Nationalism.

We will have to keep a close eye on what happens next with these three arrested men. My suspicion is that their lives were in danger and that they had to fire off a warning shot to get away.

There was some 80’s style skinhead out there that got punched by a nog. He had on a shirt with swastikas. This is a caricature of what these people think White advocates like us look like.

None of us know who he is. None of us have ever seen him before. The media never even bothered to look into this guy so there you go, goy.

Right after getting punched, he befriended some black guy and stopped being a neo-Nazi.

If this sounds familiar, this is literally the plot to American History X.

And this was the most transparent set up to date. Just like the gay Jewish neo-Nazi interviewed in the video below.

The CIA isn’t sending us their best, folks.

Spencer and Company got very favorable coverage from the alt-media

Even Owen Shroyder and Infowars had to admit that Richard and the Alt-Right clearly had the right to do the event and say what they said.

By successfully framing the debate on Charlottesville and Gainsville as a referendum on free speech and the First Amendment, all the cuck right-wing media has to make a stand. The Alt-Lite failed the test a while ago and had to say that they are basically NOT for Free Speech if it is “Hate Speech”, which leaves them in the lurch. How exactly are they different from the Left if they accept that there is such a thing as “Hate Speech”?

They’ve really shot themselves in the foot there.

And the Conspiracy Right has also had its feet put to the fire. The question is the same for them: Do you or don’t you support the First Amendment for White Advocates like Spencer?

To their credit, they’ve basically said that yes, they do. But they’ve also claimed that Spencer and the Alt-Right are CIA and Soros ops to divide Americans. So the message is, “they can speak, but they’re Feds and shouldn’t be taken seriously”.

Still, better than nothing.

And the reception on the Chans has been good as well. Lots of Anons who were on the fence about Spencer were impressed by his performance. Especially his interviews with the German cuck journalist and the room full of presstitutes before the event.

There are some good and fair critiques out there of our event. But there is also a lot of kvetching and unnecessary hand-wringing.

So let’s get some things out of the way first.

We are all pretty much volunteers. And we do all of this on a shoe-string budget. There are only a handful of us older than 30. I know many young Alt-Righters who pitch in their own money despite being absolutely broke and sacrifice a lot to plan and do these events. And I mean sacrifice A LOT. I’m talking family connections, potential careers, comfy lives in the suburbs, and just general peace of mind.

Men that are brave enough to actually do something and serve the cause are few and far between, even among the red-pilled.

I know many red-pilled people who are financially secure and well-connected who have never raised a finger to help the Alt-Right and probably never will. I know a professor who recently inherited millions from a deceased family member. He’s hyper-intelligent and now he’s loaded. He plans to move to Montana, buy a house and turtle up there.

You won’t see him participating or chipping in anytime soon.

I know a venture capitalist who is a multi-millionaire. He was red-pilled on just about everything even before the Internet and could fund our operations for the next year for chump change. He could network with his peers and spread the word. He could do something, but he won’t either.

I know many others like these guys. And I know many regular keyboard warriors.

So believe me when I tell you that there will always be far fewer men of principle, courage and strength. Every criticism that you make of these people needs to be done with humility and with the understanding that the very fact that these people showed up immediately puts them leagues ahead of just some anonymous critiquer on the internet.

Furthermore, the Alt-Right remains a very open and meritocratic movement. There is no reason to be an armchair general when you can quite easily join up and rise to that rank IRL.

With that being said…

We need cameras on /ourguys/ at all times during these events. We can’t just rely on Ruptly streams. We also need to film any and all encounters with Antifa because it makes for fantastic AgitProp. Regular people get nauseous at the sight of these monsters and come closer to us every time we put videos out there. We need our own video content from these events.

We should also start using props at these talks.

A podium, or a table would go a long way. So would some images and possibly video with the presentation (assuming that it is allowed to happen).

We need to continue improving our optics. We need to rent out smaller rooms, bring more of our own people to these events and vet even more.

But I’m not worried.

We will continue to learn and improve. The path ahead is long and hard, but we will triumph in the end all the same.