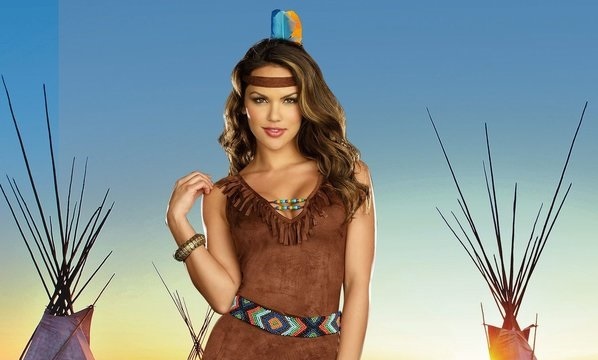 Cultural Appropriation Is An Invention Peddled By Insecure Losers

Halloween nears, and Marxist professors are hard at work fueling the race war and printing guidelines on not offending minorities. It's far past time to push back against their divisiveness.

Every year the hysteria and senseless anger over “cultural appropriation” gets worse.

Universities across the United States have progressed to the point of including “bias response teams” and “diversity monitors” on campuses. Training seminars on social justice are becoming mandatory, and as Halloween nears, that ever-so-dangerous holiday full of triggering imagery and sexy outfits designed for the sadistic purpose of body-shaming fat women, universities are rolling out workshops and special classes, such as this one by Princeton University scheduled for tomorrow, discussing “the impact of cultural appropriation, Halloween, and why culture is not a costume.” Other schools are finding Halloween too offensive altogether, and rebranding it as “Orange and Black Spirit Day”.

I feel terrible for today’s American university students. Here we have grown adults spending their parents’ savings and years of their lives in the hope of gaining a valuable education that may lead to a productive life for them and their future families, and instead of normal classes they are subjected to the deeply insecure ramblings of people with victim complexes and loser mentalities who base their fragile identities around the most stereotypical and mass-produced cultural apparel like hula girl dashboard ornaments and sombreros that you can buy at gas station shops.

For the record, my aunt bought a hand-crafted sombrero from a local family on her visit to Mexico years ago. It’s hanging on her wall. She payed for it, and both parties were satisfied. That is how the sharing of ideas and cultural commodities works, and it’s founded on mutual respect. A multicultural society like the United States that likes to pride itself on being a “melting pot” especially needs to let all the elements of its history be free to share, express, and develop by anyone.

The hysteria over cultural appropriation is complete idiocy since it’s only selectively obeyed by its supporters. If the social justice warriors handing out educational flyers about the dangers of wearing offensive costumes for Halloween had any sense of consistency, they would forego the use of anything invented by a culture that is not their own.

Also, outside the United States and perhaps the similarly insane Canada and UK, no one cares about cultural appropriation. Japan has a known fetish for Christian symbolism and historical European architecture and fashion in various animes and music genres. In fact it’s so popular that a trope named “Anime Catholicism” was created in order to pin the phenomenon down. Should Whites freak out over the visual kei band Versailles, who dress up on stage like French aristocrats from the court of Louis XIV? Of course not. It’s obvious that these usages of European culture are done out of simple respect and admiration.

And yet, in the United States social justice warriors are raging about who is allowed to wear hoop earrings.

For many decades, Halloween has been about celebrating “otherness.” The holiday is one of the best opportunities the United States has of joking about and representing the differences of people from around the world in a safe way. University maniacs are turning one of the most entertaining and exciting childhood experiences into a pit of anxiety and censorship, and they ought to be roundly condemned and then ignored. And to think, aren’t these the same folks pushing the idea that people can be anything they want to be? Isn’t that the baseline rhetoric used for trannies, for example? “You can be anything!” they say. But wearing a cute geisha or voodoo priest costume to a Halloween party risks getting you expelled. There is no sense at all in what social justice warriors do, unless it’s looked at from the perspective of sheer anti-white hatred.

If someone is triggered and sees the ghosts of suffering American Indians in this cute picture of a baby, then please refer them to the nearest mental hospital. 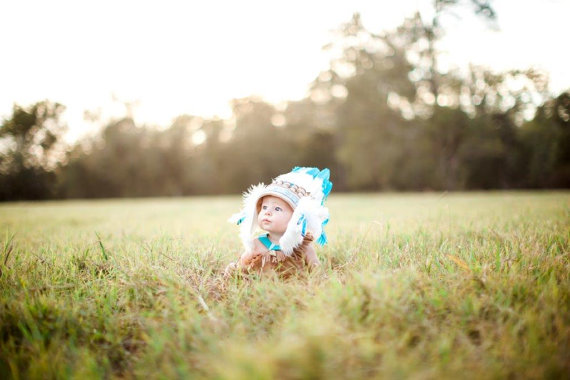 Have fun this Halloween, everyone!

Topicsanti-whiteHalloweenJapanmulticulturalismSJWs
Share on FacebookShare on TwitterShare on RedditShare on VKontakte