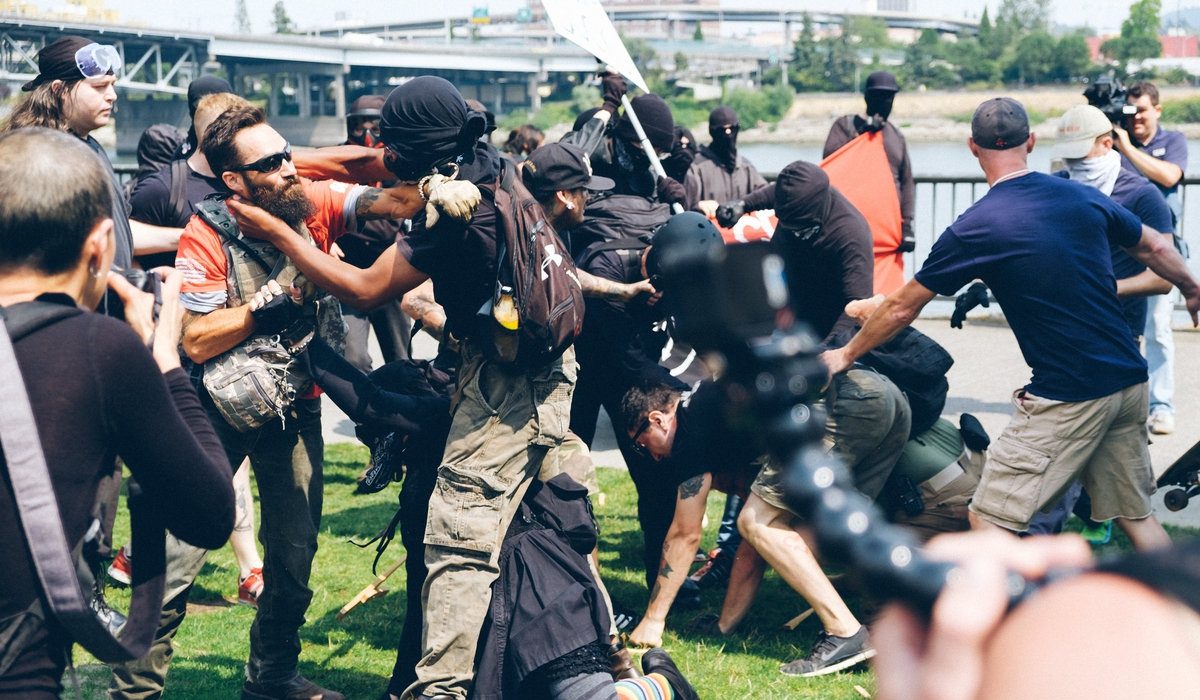 We’re Not In Weimar Yet

Recruitment has to be our primary aim for now.

In pre-war Europe, brawls, fights, and murders were constantly exchanged between leftists and fascists or similar right-wing groups. And in the circumstances where the fascists were particularly organized they leveraged this success on the street and in other conflicts to gain support and political power. This was most famously the case in Mussolini’s march on Rome but also was indispensable in the rise of the National Socialists in Germany, the Iron Guard of Romania and the Falange in Spain. But the key element to note in these cases is that the enemy of these groups was the left as their ideas already held resonance with the conservative and nationalist segments of the population.

In the present day and age, it is easy to see the parallels between the modern day situation in the U.S. and Weimar Germany and other post-war countries. Public events quickly turn into brawls between those who perceive themselves as right wing, and Antifa. The Alt-Right has led the charge in defending against the Antifa onslaught, as shown in Charlottesville and elsewhere, as well as demonstrated by a number of Alt-Righters currently in prison or who have faced charges for self-defense against Antifa, such as Christopher Cantwell.

The Alt-Right will always be at the forefront of these fights with Antifa because we are what the Antifa truly fears. The group’s fights with old-school conservatives like Ben Shapiro on Milo Yiannopoulos are based on the idea that these figures are “fascists”, and racists, which to them doesn’t mean someone who is racial realist, opposes racial pluralism, is critical of democracy, and is aware of leftist Jewish influence. No, for them, anyone slightly to the right of them is a Fascist. In other words, they oppose mainstream “conservatives” because they think they are Alt-Right.

However, while the battles with the left are definitely important and essential in the growth of the Alt-Right, we must recognize that we are a movement in its infancy with no institutions, politicians, little funds, and a small (although not insignificant) amount of support. We thus must focus our efforts on spreading our message and red-pilling people to then grow into something that can rival the power of the conservative establishment. According to an ABC/Washington Post Poll, 10% of Americans support the Alt-Right[1] (although the term is still unclear to many, which makes these figures possibly unreliable as many view Alt-Lite people as Alt-Right).

If those numbers are true, it is clear that while it is enough to possibly sway an election, it is far from rivaling the “conservative” establishment or having broad popular support. This is far from the Alt-Right’s fault, as the Alt-Right goes against decades of the conditioning  which is why it uses the term Red Pill so often.

Battling the left will never yield effective results without a base to build influence and political capital. The right-wing groups of the pre-war Europe could rely on a large base which already cherished blood and soil, and would oppose the degeneracy of the present. Ideas like non-white immigration and gay-marriage were not even brought forward by leftists at the time, and religious faith was far more prevalent, along with traditional attitudes and social norms.

Times have changed though.

The battles with the left are nonetheless essential and should not be disregarded (in fact it aids in the growth of the movement), yet when we engage we must remember our ultimate goals, and keep our sights on the imperative of growing our movement beyond our current base to gain and achieve power.

We should start co-opting the symbols that appeal to normal Americans and using the language that they understand without cucking on any of our key principles. All we need is a new paint-job, that’s about it. The Left has provided us with an opening we would be stupid to not take.