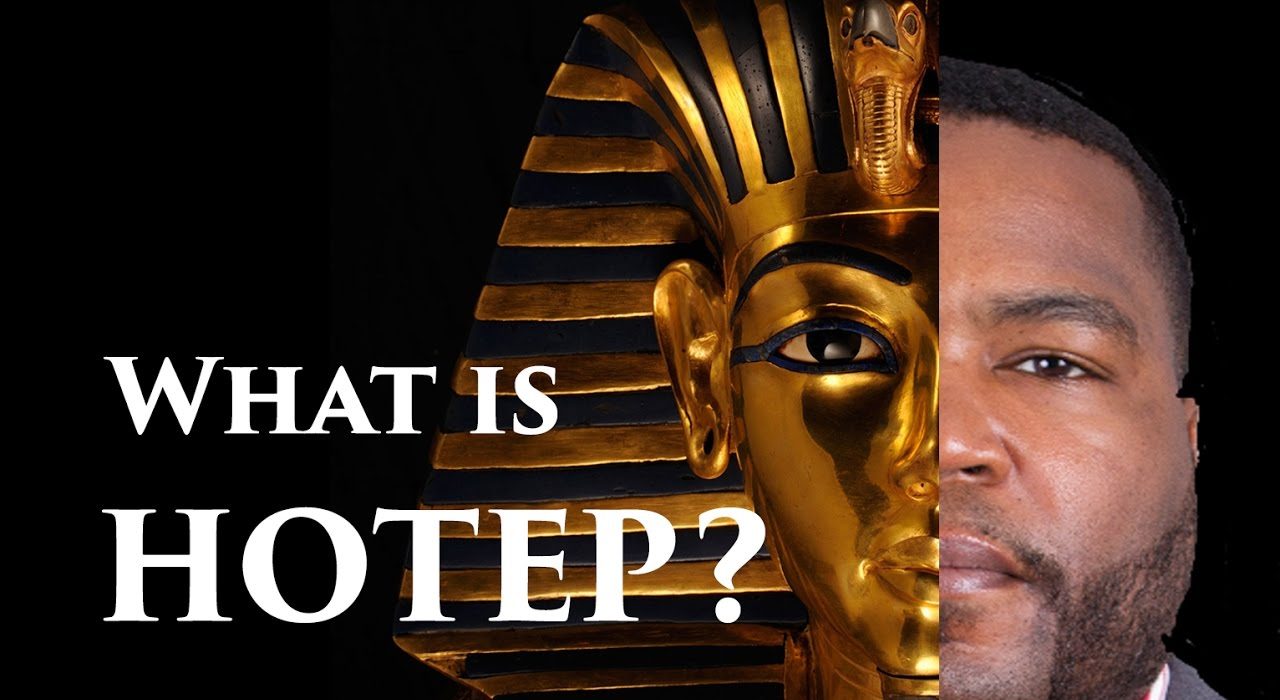 Should we just pretend that the Egyptians were Black if it makes them behave better?

Something frightening, terrible, and amazing has recently emerged from the black community. It is splendidly reactionary and exudes 4Chan levels of acerbic wit, wrecking havoc on social media.

It is called Hotep, and it is glorious.

After years of imbibing the degeneracy of the left, during the 2016 election, a small but vocal  and bravado segment of the black community came to the sober realization that while Bill Clinton is still much blacker than Barack Obama ever could be, the Clintons and all pantsuit hysterically grinning white liberals for that matter, don’t really care about black people. The sexual revolution trumpeted and funded by whites leftists and their Semitic cousins has left the black family in ruins as the “Uncle Tom” neocon Thomas Sowell famously documented, and instead of setting cars on fire or booing the National Anthem, members of the Hotep community got the crazy idea that the black community can only be built from the ground up—by a bunch shitposting, reactionary black men.

Hotep was recently profiled in The Root, a “black” magazine that unsurprisingly features black people constantly saying the things that white people want them to say. The author of the article, Damon Young, who looks like a White hipster in his avatar photo (maybe he didn’t get the memo that the hipster fad has passed) and seems to get paid a lot of money to tell white liberals what they want to hear, makes the very incoherent case that despite the fact that they are the perpetual victims of white racism, straight black men should give up whatever self respect they have and defer to newly empowered (i.e. single and lonely) black women and the black LGBTQQP (I think the “P” is for “pedophile”) community, thus destroying whatever remnants of traditional patriarchal authority have remained in the black community.

Hotep responded in kind, wryly pointing out that the black liberals who write for The Root “want to be White people and are jealous of White people. And they hate straight black men – which is why gay black men were excluded from their divisive blog post. Probably, because they were abandoned or abused by one.”

One can just picture the spastic rage of Damon Young and other faux black people who write for The Root upon reading this post. This brief bit of masterful black Hotep wit viciously digs right to the core of the insecurity of blacks who orbit around degenerate left-wing White people culture, begging for approval and money.

It also shows the core of the Hotep’s formula for renewal of the black community.

Shoving off the poisonous and degenerate bad people and ideas of the New Left, the men (and some women) of Hotep have decided that, instead of watching graining VHS tape versions of Roots dressed in faux African clothing, they could rebuild the black community by watering the actual roots of black people forging in a strong and stable black family—and mercilessly skewering black liberals on social media.

Instead of burning down their own neighborhoods, having gun battles with Roof Koreans, Hotep has come to the shocking revelation that human culture is built by high testosterone, aggressive men like Alexander the Great as opposed to low-T losers like the very Arab-looking Colin Kaepernick who think that by throwing temper tantrums and demanding money from White people, they can reclaim the stable childhood their black fathers should have given them.

Unlike previous black nationalist movements, Hotep is not built upon hatred of white folks. It is about strengthening black culture by strengthening black families and is too angry at the degeneracy in the black community to worry about the fact that somewhere in Alabama there is a statue of Stonewall Jackson next to which an illegal immigrant is being arrested for urinating in public.

Rather than just playing it safe and hating white people, like their Alt-Right allies, Hotep has more intelligently diversified and directed its hatred toward things that hurt the black community: sexual degeneracy, feminism, the Jews (it seems that pissed off, working-class Jews get a pass), illegal immigrants, drug dealers (especially Caribbean drug dealers), homosexuals, Arabs, fast food, Evangelical Christianity, any and every famous black athlete who played after the 1990s, Kanye West, Boomers, and communists (nota bene: this is not an inclusive list of everything Hotep hates).

Unlike other generations of black nationalists who fantasized about racing UFOs around the negroid face of the ancient Egyptian sphinx, Hotep remains rooted in a black American identity.

Hotep also is oddly supportive of white American identity and actually doesn’t care who White people make statues of as long as they are not of Kanye West or Lebron James (see above).

Hotep, more than anything shows, both how stupid and how right ethnocentrism is. White and black people who argue over the internet about how wide King Tut’s nose is in between video game and pornography binges are losers.

However, White and Black Americans who get up in the morning and go to work every day trying to build families and strong communities in the face of a sea of degeneracy that hasn’t been seen since that time God destroyed a bunch cities in the Bible, are, to use a Hotep expression, lit.