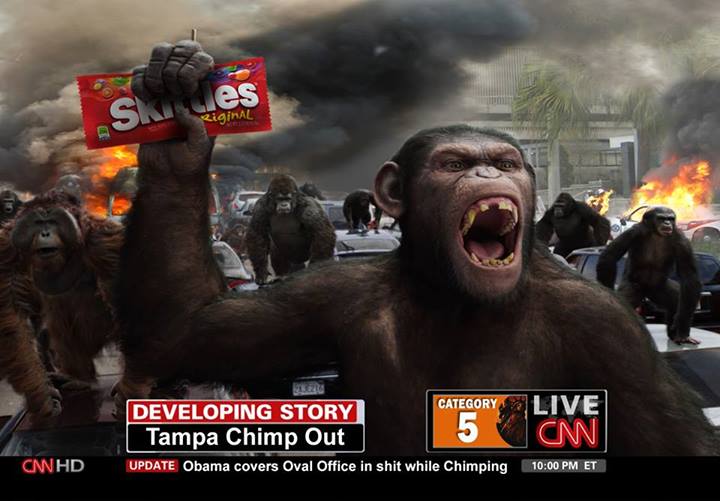 New Numbahs Show Black Crime To Be Even Worse Than Expected

The stats don't lie. But they may not convince anybody. Only emotional shivs will.

Many of you know about Colin Flaherty on Youtube. The man is a one-man redpilling factory that stubbornly refuses to get redpilled on anything except black crime. I don’t know whether this is related to his age or the fact that he doesn’t want to get kicked off the internet. Regardless, he does good work in his narrow sphere, so let’s give credit where credit is due.

The FBI recently released new stats on black crime. Colin breaks it all down and explains why the numbers are even worse than they seem:

Now, Liberals don’t know much about Blacks. The simple reason for this is because they tend to live far away from blacks. Whites that DO live near blacks, voted overwhelmingly for Trump. Why, oh WHY do you think that is?

This NPR blowhard can’t wrap his head around the fact that Whites get redpilled from having to live with Blacks and that in fact its the insulated SWPLs that vote Liberal.

Anyways, I’m a big fan of Colin’s style. He doesn’t just present numbers in dry statistical tables. He provides video and commentary so that you can visualize what those numbers represent in all its stomach-churning 240p Liveleak glory.

People respond to that.

They don’t respond to the academic approach as much as they respond to the emotional approach. This is not a trick on our part to present this information in a way to emotionally trigger viewers by the way, it is simply an effective tactic. The facts are there to support the main thrust of the argument, and triggering emotion is a way to get past the firewall that most respectable people have around their cognitive defenses in regards to any and all RealTalk.

Even an impassioned rant works quite well.

Lots of folks seem to have had enough of da brothas.

Hell, you don’t even need Whitey to tell it you straight. You can just listen to a black prostitute in the street telling it like it is:

Literally everyone knows deep down that Blacks are bad news, even other Blacks.

I believe that BLM and the whole black crime wave is the greatest chink in the Leftists’ armor. Even regular people know that somethings up, even if they try to rationalize it away.

It may seem crass and pedantic to constantly hammer home on the black issue, but it is the issue that pays the biggest dividends. Whether it is them rioting in the streets, killing cops, killing Whitey, kneeling for the anthem, demanding more and more gibs, getting up in everybody’s face with their hostility, they are just too good a target to pass up on.

No one likes them.

But we can prod them and then step back to witness them completely lose it and alienate White society further. Hell, we don’t even have to do much these days, they’re so wound up, they do all the heavy-lifting for us.

Funny enough, they have been in America the longest and they have integrated the least. Push hard on that point, and people start asking questions about whether “economic nationalism” or “civic nationalism” really works when you have incompatible races living together.

It’s not hard to put two and two together logically, but the shitlib needs an emotional kick in the hindbrain to really make it come together.

So I am not suprised about the numbahs, but I am stoked about the kneelers and I am looking forward to the next Chimpout. Please, oh please, let’s hope they keep on prodding Whitey.