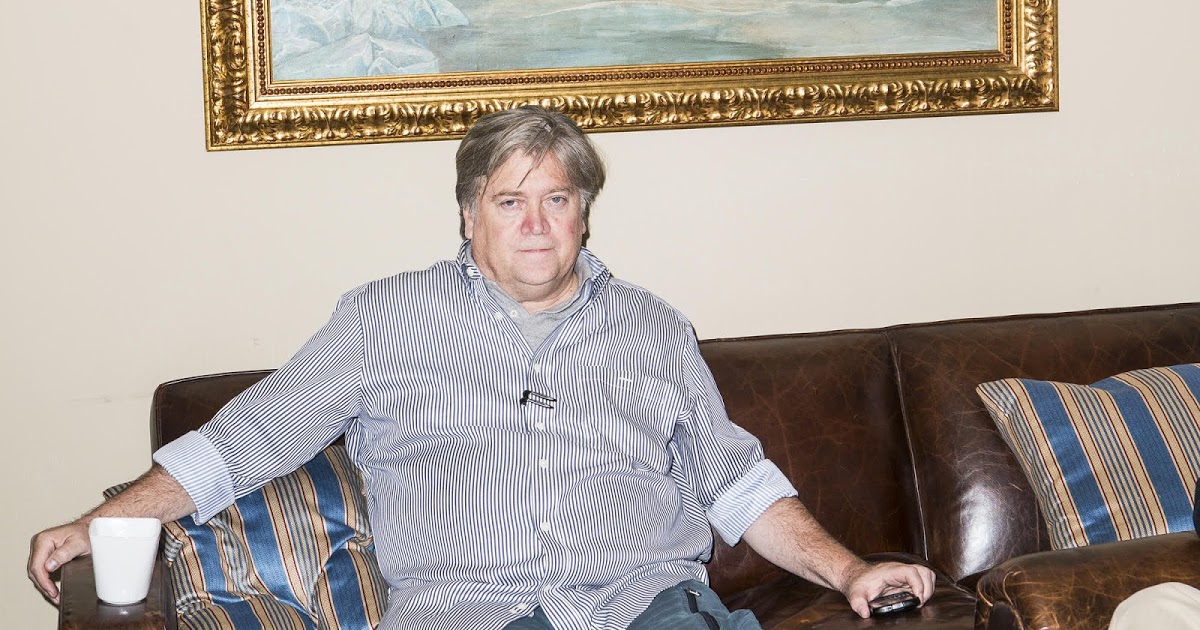 Steve Bannon recently gave a speech at some boomer summit which is generating a lot of fearsome headlines in the media:

“Steve Bannon is orchestrating a ‘bloody civil war’ in the GOP in 2018.”

“’This is Our War.’ Steve Bannon Tears Into GOP Agenda.”

Yawn.  I wanted to get all excited and believe the headlines.  I wanted to believe that Bannon still was the populist-nationalist secret-champion-of-the-Alt-Right that the leftist press has made him out to be.  I couldn’t even muster the effort to get excited.  I knew what this speech would sound like before I even watched it.

And sure enough, I was right.

There was the old Bush-era puffed up righteous indignation about “criticizing the president while our troops are in harm’s way.”  Question:  when are our troops not in harm’s way?  When have they not been in harm’s way at any point in the last 16 years?

Since you’re so concerned about the troops, why not take them out of harm’s way instead of continuing to allow them to be bombed, killed and maimed for pointless wars launched by fat-cat neocons who have been out of power for almost a decade?

Oh, that’s right!  Without those boys getting bombed and maimed, fat old boomer insiders wouldn’t have something to huff and puff about when they want to play up the righteous indignation about defending the president.

Of course, there was the heroic defense of our “Judeo-Christian values.”  That got a big cheer.  Didn’t Orwell define doublethink as the ability “to hold simultaneously two opinions which cancelled out, knowing them to be contradictory and believing in both of them”?

Right, Boomer Steve, let’s all defend our Judeo-Christian values!   While we’re at it, let’s not stop with the terrestrial realm.  Let’s also make sure we defend our Satanic-Holy values at the same time. Those Muslims will never defeat our shared civilizational commitment to Christ/the anti-Christ!

Then, of course, there was the obligatory line disavowing ethno-nationalism.

“IT DOESN’T MATTER WHAT YOUR RACE IS!”

Boomer Steve should make a YouTube video where he says that line about race with tears streaming down his cheeks, like that poor gay girl who made that viral “Leave Britney Alone!” crying video of old.

We’re about economic nationalism, not racial nationalism!  Of course, that makes sense.  It’s way more logical to define yourself and your identity by arbitrary, temporary imaginary political lines drawn on a map, than tens of thousands of years of evolving shared blood and culture.

He then goes on to steal the Alt Right line that “you are not just an economic unit!”  Boomer Steve, didn’t you just say the only kind of legitimate nationalism is economic nationalism?  You literally just said we are nothing more than economic units.  That we should be proud of defending ourselves as the U.S.A. economic unit, especially against bad guy economic units like the Chinese economic unit.

My favorite part is the way he worked in little folksy affectations in his speech.

“I WENT TO HARVARD BUSINESS SCHOOL!”

Oh, wait.  That last one isn’t so folksy.  But in the mind of the eternal bourgeois boomer, grasping, greedy and jealous, ignoble and arrogant, that is the best kind of folksiness.  The kind that pretends to be all common sense and down to Earth, as it brags about its wealth and connections.

At the end he talked about moving our embassy back to Jerusalem.  That got one of the biggest cheers.  I legitimately wonder why?  Is it because these cucks feel such a wave of redemption flood over them as they confirm that they are not, in spite of all risqué talk about “nationalism,” actual anti-Semites?

Or is it because these psychopathic evangelical cultists are so looking forward to Armageddon that they are cheering the Jews coming back to Jerusalem so they can usher in the end of the world?  And to think, we millennials thought the college debt crisis worst thing the boomers left us with.  Boy, were we wrong!

Before Boomer Steve finished his faux-faux-faux populist diatribe, he managed to squeeze in another line about “You are gonna be the folks that save the Judeo-Christian West!”  Hail Money, Hail the Jews, Hail Armageddon!

What a disgusting, vile group of people.  But it’s all good.  This cynical opportunist would not be harping on these things if he wasn’t trying to ride the wave.  Let Boomer Steve have his Judeo-Christian capitalist insurgency.  We’re just going to be over here quietly building our movement.

And soon we’re going to sweep all these cucks aside like pencil shavings.