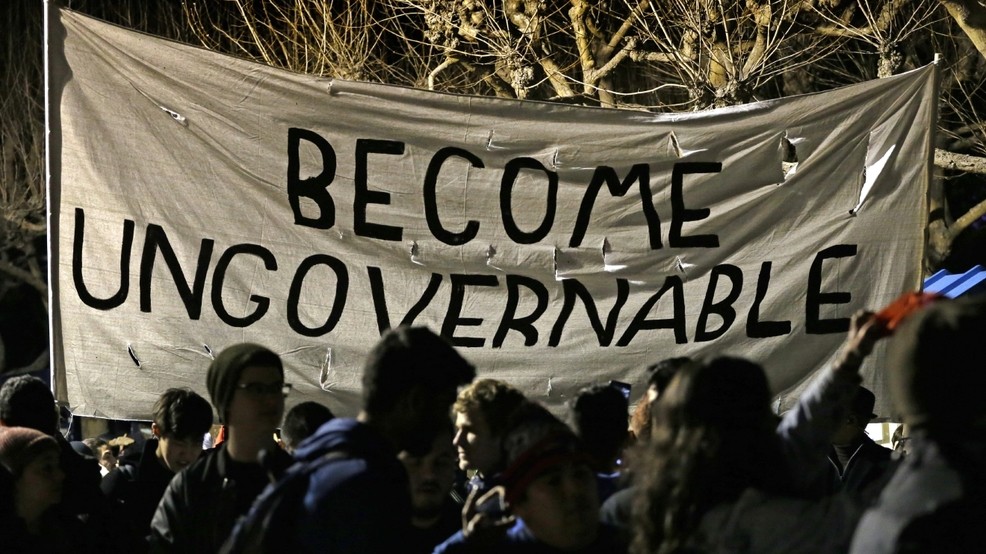 Antifa Is Just A Tool To Discredit Any Radical Ideology

They make regular people retreat to centrism and fear change to the status quo.

Special thanks to Alexander Zusammenbau for his collaboration on this piece

As many people may know, coming up this November 4th, our favorite anarchists are planning on kicking off the civil war against the evil Empire of dirty racist bigot homophobic islamophobe Donald Drumpf!

Now for all of us whose favorite pastime isn’t huffing paint or worse, you probably know this is likely to only turn more people against ANTIFA and many lulz will be had at their retarded action.

The problem though is that I believe this left-wing sperg-out may have serious implications and unforeseen consequences.

As it stands, in less than 40 years (much less in some countries) there will be no western nation which is majority White. Arguments can be made that the Eastern European countries could be the only majority white nations left soon and that there is where we will make our stand. However, if we are honest with ourselves, it seems that the Liberal mind virus is spreading East and that the Soviet dinosaur boomers in charge there are too retarded to do anything but dip into the public trough, send their kids to study abroad and get infected, and bleat feebly about how they’re not the Nazis that the libshit media portrays them as.

With this rather disturbing status quo, it is evident that if there are no radical changes in policy the West and then the rest of the White world will be lost. Now you may be wondering, why would the left want a civil war? Why would they risk everything when victory is assured even if they do nothing?

The answer I believe is they do not expect to kick off an actual war.

Civil war or balkanization of America would never happen in our late stage of consumerism. So why are they acting like they want to take the debate to the streets?

The only answer I believe that makes sense, (assuming this is not just another case of the low IQ cattle rampaging out of control of their paymasters) is that the grand plan is to create a backlash against radical views on either side. If the average everyday man is watching television and seeing what the media portrays to be crazy people running around and burning things, what becomes distasteful is not the group burning the trashcans, but the thought of radical action altogether- if framed correctly. The most prevalent topic around the water cooler at work quickly becomes:

Have you seen those crazy radicals, they are so stupid, I happen to be a moderate, why can’t they become an enlightened do-nothing radical centrist pudgy dough-boy like me?

Getting high off their own supply of “moderatism” is something appeals to the Homer Simpsons of America who don’t know anything, but want to take the moral high ground without any substantial knowledge of anything or going through the effort of researching anything.

The moderate stands for comfort and wishes to stamp out anything that is anti-comfort.

The average person has a debilitating fear of being labeled a social pariah for committing thought crime, and so the only purpose the Antifa goons have is to stoke that fear.  The moderate has no problem adding the labels  ‘communist’ and ‘anarchist’ to their internal compendium of no-no ideology right next to ‘racist’ and ‘white supremacist’.

Whether one is Left wing or a moderate, both ideologies will result in the same outcome.

White countries will turn brown and humanity’s destiny of colonizing the stars will be denied if only because of destructive anti-White interia at this point. And the brown inhabitants of the world are doomed to spend eternity attempting to force East Asians to give them their free stuff instead.

It is very easy to feel hatred for the boomers and other generations which get lumped in with them, but the fact of the matter is that these are the people whom we claim we are fighting for. They never had the choice to vote if the country should remain majority white or not, the decision was made by their representatives. Not following politics carefully is not a crime, nor is it even a problem. The problem is that for many boomers, the persisting “intellectual” view is that the country is on fire and we need to put out the fire, unify and return to the status quo.

Meanwhile, I personally know many people in our movement who believe that chaos in any form helps us, so I will take a moment to address their concerns. As I have said in this article many times, the status quo is currently no different from the most despicable left-wing policy that could be implemented when we look at the final outcome. I agree that something must be done, and I am not sure what the way forward is, but the idea that civil war is just one trash fire away is a fever dream. It doesn’t take into account that desire for normalcy at any costs among a significant swath of the population.

Going forward then, what can we do?

Though I am not too familiar with his work, in the many videos of his available on YouTube, William Luther Pierce made a point which I would like to bring up.  He believed that the first step was establishing communication on the subject; whether this means sharing on social media easy redpills on race or the science behind the differences of sub-species, or just talking to your father about the browning of America over a morning cup of covfefe.

I agree with him, and even though the civil war seems emminent, we are still not ready for it. So let’s not get ahead of ourselves. Let’s start seriously recruiting now, first and foremost.

We are currently in a position where we must grow our numbers; and we have a golden opportunity to do so. Most people have a very hard time believing the insane Leftist dogma but are too scared to speak or even really think about it and are left without the right words to articulate their disquiet.

That’s where we come in. Have you red-pilled your family? Your friends? Your girlfriend?

Or are you too afraid, still, of being labeled a Nazi? Have you really tried to bring people into the fold, or have you caved and turtled up? Do you really still thinking hiding your power level is some sort of higher art to be mastered?

Time to start talking. Seriously, we have a golden opportunity. With so much doubt, fear and confusion, only you can provide answers when no one else can. Don’t let them wallow in their enlightened centrist bullshit ideology.