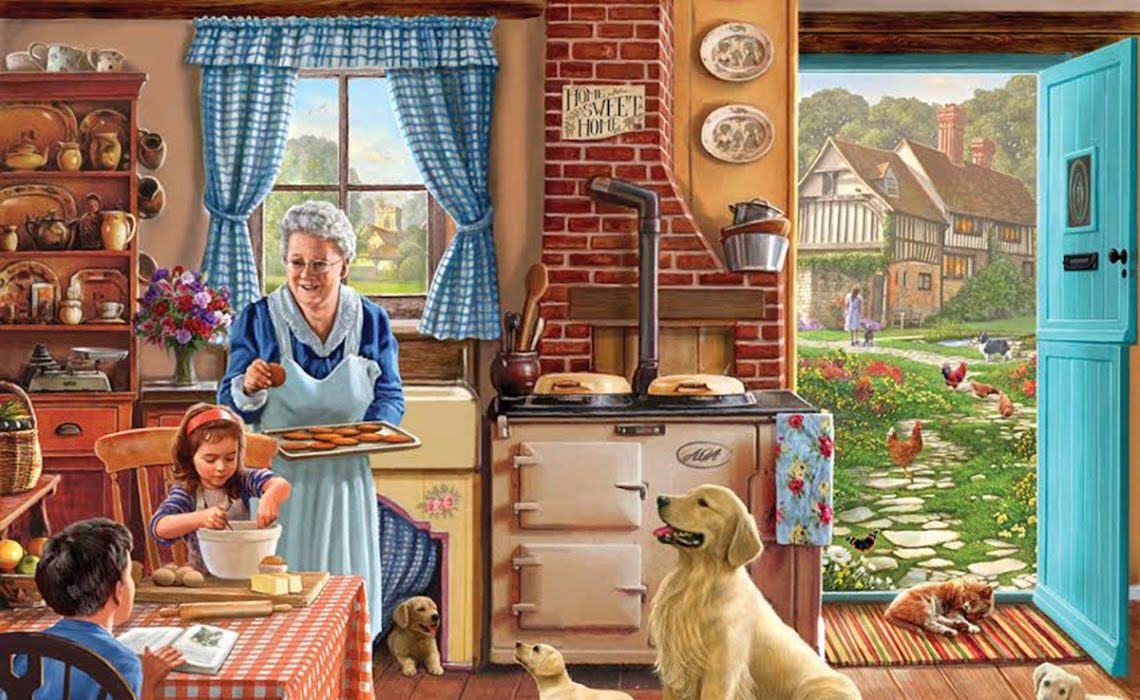 The key to lifelong satisfaction in relationships.

“I’m the happiest Great-Grandma in the world.”

That’s what my my boyfriend’s grandmother said over a big family lunch this weekend at a restaurant in Hungary. She sat at one end of a wide table and looked lovingly at her two great-granddaughters, one seven and the other nine, as they dug into big plates of Hungarian beef stew. She asked them questions about their schoolwork, joked about the incomprehensibility of the smartphones they were glued to, and helped them keep their food from spilling onto their clothes. And the girls loved her back, treated her like she was one of them, a child separated only by a distance in time.

The next day we went to a wedding, and Great-Grandma was one of the stars of the party. One of her grandsons handed her glass after glass of cognac, which she downed in large professional gulps, leading to outbursts of laughter across the table. Everyone wanted to dance with Great-Grandma, and even though she visibly moved with some difficulty, she swung and swayed to the live band’s entire repertoire of English and Hungarian classic dance hits until one in the morning.

The day after the wedding, we shook off our hangovers and visited Great-Grandma at her apartment where she offered us everything from pretzels to chicken soup . When she asked her youngest grand-daughter if she’d like some fried pork with mushrooms, the little girl responded by sticking her tongue out: “Bleeeh!”

“Well, fuck,” Great-Grandma sighed, with a sort of stunned innocence on her face that had me rolling in laughter.

These memories stayed in my thoughts — they held a great meaning which I was unable to put into words until this morning when I sat before my laptop and scrolled through the news. Amid the top pieces detailing the latest terror incidents and celebrity scandals, there’s a steady undercurrent of stories on feminist butthurt over minuscule things. It never goes away. Every day, a team of hysteria-prone and entitled women lie in wait, ready to rant about the day’s great Triggering, whether it be improper emoji usage or offenses against the We Wuz Kangz crowd. There’s always another excuse to rage against husbands and the vaguely-defined patriarchy.

Feminist whining on social media usually leaves me cold, but this morning’s batch of bitching really struck me, especially since I was still high on the wonderful quality time I experienced this weekend with a lot of hot-blooded and drunk Hungarians.

Take this piece about sandwiches. Yes, sandwiches. In a Facebook group, a young woman asked for new sandwich recipes that she could make for her husband. Seems innocent enough, right? Not a chance; within hours, the topic was hijacked by a flock of bitter harpies, denouncing the good-natured wife for daring to prepare meals for someone other than herself. “I make my husband the same thing he makes me. Nothing!” typed one of the harpies, while many others told the woman to stop behaving “like a mother.”

The bitching was led by Polly Dunning, an Australian feminist who gained internet fame for her article in the Australian Morning Herald expressing revulsion over her pregnancy with her son (later tempering her hatred by editing the most controversial parts of the article and vowing to raise her boy as a feminist who would champion minority and women’s rights). Ms. Dunning also suggested making husbands nothing for lunch.

Unsurprisingly, this lady is the daughter of an even more vocal feminist, Jane Caro, who is an author of feminist literature and writes for The Guardian, like this article pushing open borders in Australia.

Ms. Caro also got my attention by an article of hers complaining about various unfair issues older women face like loneliness, poverty, and the inevitable drop in sexual market value.

“But for too many Australian women, growing older brings a confronting set of challenges that have nothing to do with how they look or feel. Many are struggling with underemployment, financial stress and homelessness — the legacy of a lifetime of sexism, and one that bites particularly hard for women who ironically did what they were told.”

It’s a “legacy of sexism,” naturally, that’s to blame. She concludes that women who choose to have families and spend decades caring for their children will fare much worse in life than women who focus on careers and themselves.

“The lifetime cost of being expected to do the lion’s share of caring for others is too high for all of us.”

The lifetime cost of what is too high? Keeping your house not overflowing with trash and speaking to your husband in a pleasant tone of voice? Going to aerobics class a few times a week and dressing in appealing clothing with some nice perfume? Loving your children and watching them carry forward your legacy? Is that really too difficult, ladies? Is wandering the world alone for the perfect Instagram travel photos and spending most of your life working as an easily replaceable cog in a corporation really the ideal? I wonder if Jane Caro realizes that the type of nasty self-centered “advice” her daughter gives to young wives in Facebook groups is the precise reason many women end up miserable, poor, and lonely in two decades’ time.

When did women caring for their family become the source of evil? Nonsense. It is the opposite that causes misery. After a while, materialism and casual sex loses its appeal. Aging women tricked into a selfish and sterile lifestyle by feminists like Polly Dunning and Jane Caro will eventually try to substitute their disappointment by searching for other things to take care of, usually cats or third world migrants, but nothing compares to the love of a family by blood. Although materialism offers happiness for a short time, the way to everlasting satisfaction beyond your own life is to care for your descendants.

In the end, what is a greater sight than Great-Grandma sitting back in her chair with a glass of cognac, laughing herself silly as the lively family she helped bring into the world dances around her? Is that worth the cost of making your husband a sandwich and caring for him? If not, let me know how amazing and empowered your life is when you’re alone and fifty.

TopicsChildrenfeminismWomen
Share on FacebookShare on TwitterShare on RedditShare on VKontakte