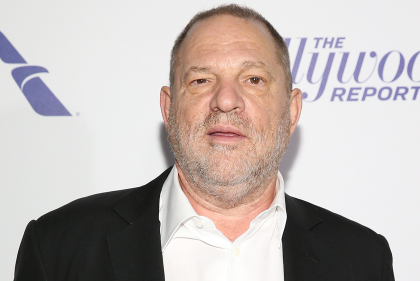 The Weinstein Scandal Sheds Light On How Degenerate Hollywood Really Is

After the NFL, the Alt-Right has to put Hollywood in its sights next.

He has that sort of face, doesn’t he? 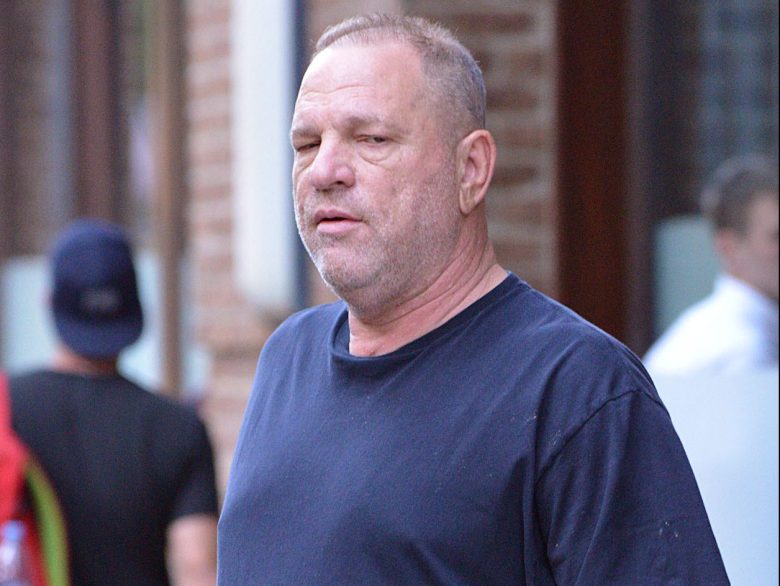 I find it hard to believe that anyone in their right mind would trust the man. Perhaps, they all knew and just kept silent. That is what we have all been conditioned to do. Keep silent. Worship the shekels that are tossed at our feet. Grovel and stay with the herd. Live with our eyes wide shut.

Still, he’s not as creepy-looking as this guy.

I think the most surprising thing about the Weinstein scandal is how tame it is. “Casting couch” gossip and rumors are known even by most normies, probably because they follow celebrity news religiously. And on the Alt-Right, we all know that Hollywood should have echo marks around it. But the fact of the matter is that the stuff Weinstein is accused of seems almost too tame, like a controlled demolition, not a spontaneous scandal that broke out.

It is being handled with kid gloves.

Instead of expressing shock or even dismay, Hollywood insiders acknowledged that Weinstein’s behavior was an “open secret,” the fodder of gossip for decades.

Weinstein’s alleged behavior may have been enabled by Hollywood’s sometimes toxic workplace culture, which often tolerates — and in some cases, glorifies — an array of inappropriate, exploitative conduct. For lowly assistants hungry to get a foot in the door, long hours, demeaning job duties and the occasional cellphone-hurling boss are considered part of the job.

Still, l will give credit where credit is due. The LA Times makes a good point about double standards:

When the infamous “Access Hollywood” tape leaked one year ago, capturing then-candidate, now-President Trump bragging in coarse terms in 2005 about being allowed to grab women because he was a celebrity, Hollywood had a meltdown.

This week, amid revelations that Oscar-winning movie and television producer Harvey Weinstein had a long history of sexually harassing women, Hollywood’s response was largely muted. Film studios on Friday all declined to comment.

“Yup. Hollywood shines light on Catholic Church, sex trafficking — let’s shine it on ourselves a second and what we’ve condoned,” actress-writer-producer Lena Dunham wrote on Twitter, one of the few celebrities who took a public stand.

Yes, well you know what Weinstein did must have been bad if the moral voice of our generation, Lena Dunham, decided to speak out. Lena is also Jewish and has bragged about molesting her sister to turn her gay, so the condemnation does ring a bit hollow.

More than likely, Weinstein pissed off someone and now he is being fed to the wolves. Everyone in Hollywood has dirty laundry. It’s easy now to scapegoat just one degenerate jew in the hopes of the goyim not noticing the massive hive of degenerate jews at the heart of hollywood.

Oh, apologies by the way. Is my rhetoric over the top and anti-semitic? Does it go too far?

Well if anything, it doesn’t go far enough. Check out what fellow co-ethnic, Michael Savage had to say on the topic years ago:

There are almost certainly far worse scandals beneath the surface of Hollywood. It’s well-known enough around the water cooler that films and TV shows occasionally will depict what goes on in those California mansions:

Why should they even hide it at this point? No one will lift a finger to stop them anyway and they know it.

Meanwhile, Trump was surprisingly chipper about Weinstein’s fall from grace.

It does make sense that he would feel smug about it considering that Weinstein had teamed up with Michael Moore to make a film condemning him:

Moore has reportedly been working on the film in secret for months and hopes it will help puncture Trump’s seemingly impenetrable armor. “No matter what you throw at him, it hasn’t worked,” Moore said. “No matter what is revealed, he remains standing. Facts, reality, brains cannot defeat him. Even when he commits a self-inflicted wound, he gets up the next morning and keeps going and tweeting. That all ends with this movie.”

For Fahrenheit 11/9, Moore has reunited with Fahrenheit 9/11 producers, Bob and Harvey Weinstein. The pair are reportedly set to begin shopping the film to buyers at the Cannes Film Festival, which begins tomorrow, May 17th. Moore and the Weinsteins scored a massive hit with Fahrenheit 9/11, which won the Palme D’or at Cannes and went on to become the highest-grossing documentary of all time.

I would actually watch that film. Trump was swimming among these sharks for his entire adult life. I am sure that Moore’s muck-racking would bring up a lot of collatoral damage. 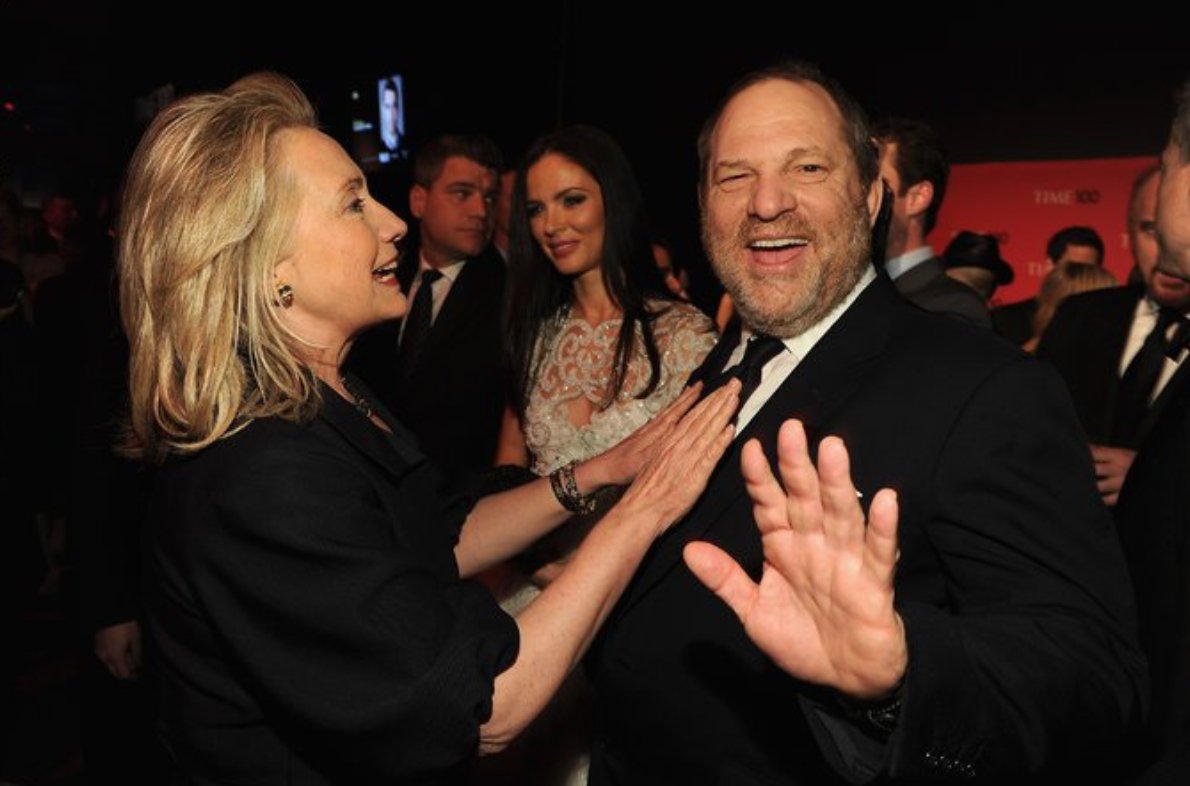 Weinstein was friends with all the big names. 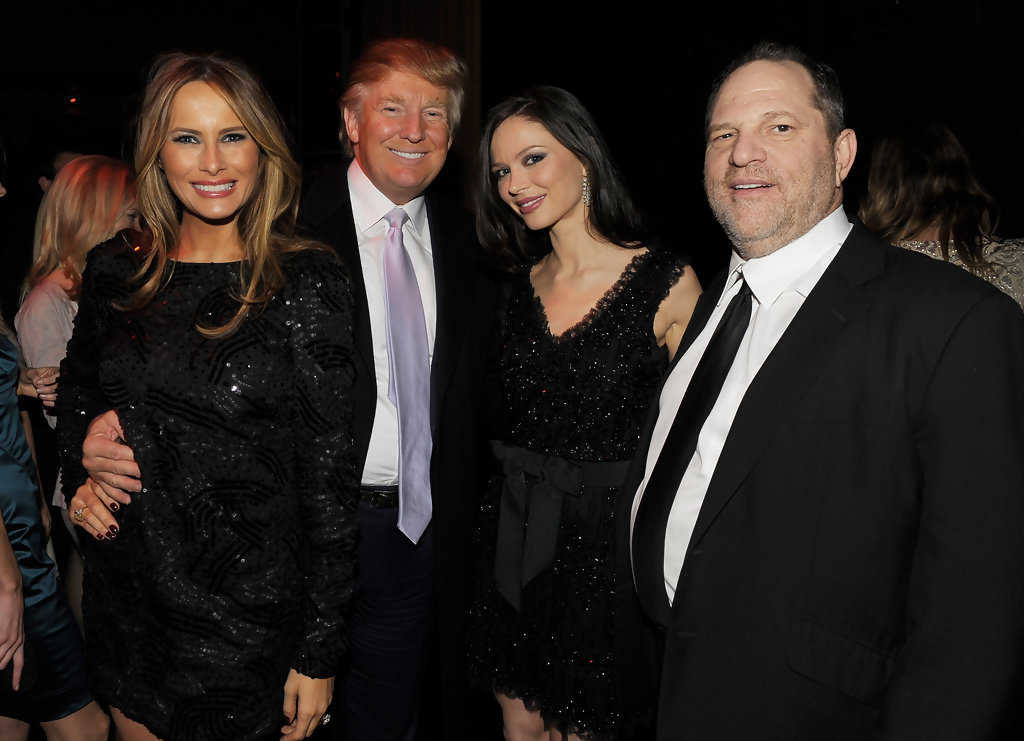 The question now is whether anyone will bother connecting the dots, or whether this one-off scandal will fade from the public consciousness.

Will silly suburban moms stop sending their kids to be exploited by Hollywood semites for some chump change and 15 minutes of attention?

Or will this all fade to credits again?

I have hopes that there are signs of the changing times all around us now. The circus seems to be falling apart and the fabric holding the great con together is tearing at the seams. The NFL controversy, the concert attack and now the Weinstein scandal are all chipping away at the massive circus act that keeps this empire of lies together and chugging along.

Hollywood needs to be broken and destroyed. The cabal has to be cast down, smashed to pieces and never allowed to rise to such heights again. Future generations will thank us for it.