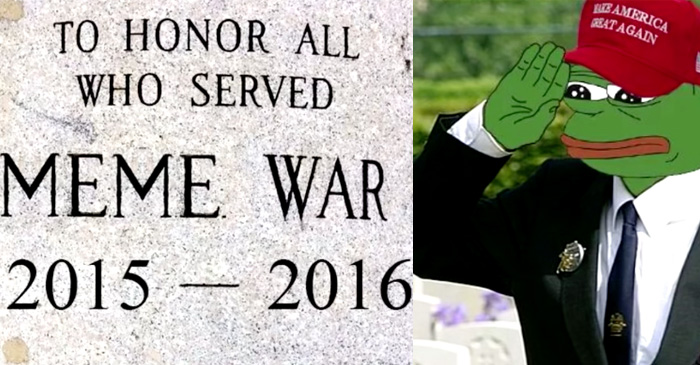 The Left can't meme and they're just salty about it.

Vice released a documentary about “the Great Meme war”.

As usual, its got awesome production quality and shit content.

It is amusing to see them talk about memes and “how do they work, manggg?”

They say stuff like “memes are more powerful than facts” with ominous cyberpunk-like music playing in the background. The reason why they are putting so much emphasis on the memes as if they are this magical, rule-breaking cheat code is because they cannot admit that the reason the Alt-Right online guerrilla campaign to get Trump elected was so effective was because we were saying simple truths that no one else would. Memes were simply a tool used to convey these simple truths in a humorous and easy to understand way.

Thats it. I solved if for you, Vice. That is the secret behind the Alt-right meme campaign’s success.

Will they listen? I doubt it. Just like the Russia thing, the Comey thing and now the Fake News/Trolling thing, the Left is not interested in the truth or introspection, only on finding a new scapegoat.

That is why this documentary frames memecrafting and memery as being somehow placed opposite to the truth. In other words, Hillary had the truth on her side, but Trump had the memes. It’s a clever misdirection to say the least. And while they stroke the egos of Mike Cernovitch and Chuck Johnson to get them to say that they were responsible for getting Trump elected, they are simultaneously casting them as expert liars AND as part of a concerted Alt-Right lying campaign to get Trump elected.

This is obviously absurd.

But then the whole documentary is absurd because its underlying left-wing premise is absurd. At one point, memes are even called Trojan horses that can get past your brain defenses and worm inconvenient truths into your soft tissue by the DARPA scientist.

That’s some next level Orwellian framing right there.

In other words, if the HateFacts start causing you to question leftist dogma, just remember that these are Trojan horses, dear viewer, special Alt-Right meme-weapons designed to make you doubt the leftist narrative. Be on your guard and close down your brain just to be safe.

Anyways, the rest of the video is just funny.

Baked Alaska comes off as a Tyler Durden-esque meme bombmaker and some guy called Major Grubert makes some decent points about our generation not having a future, while wearing a lulzy demon mask. 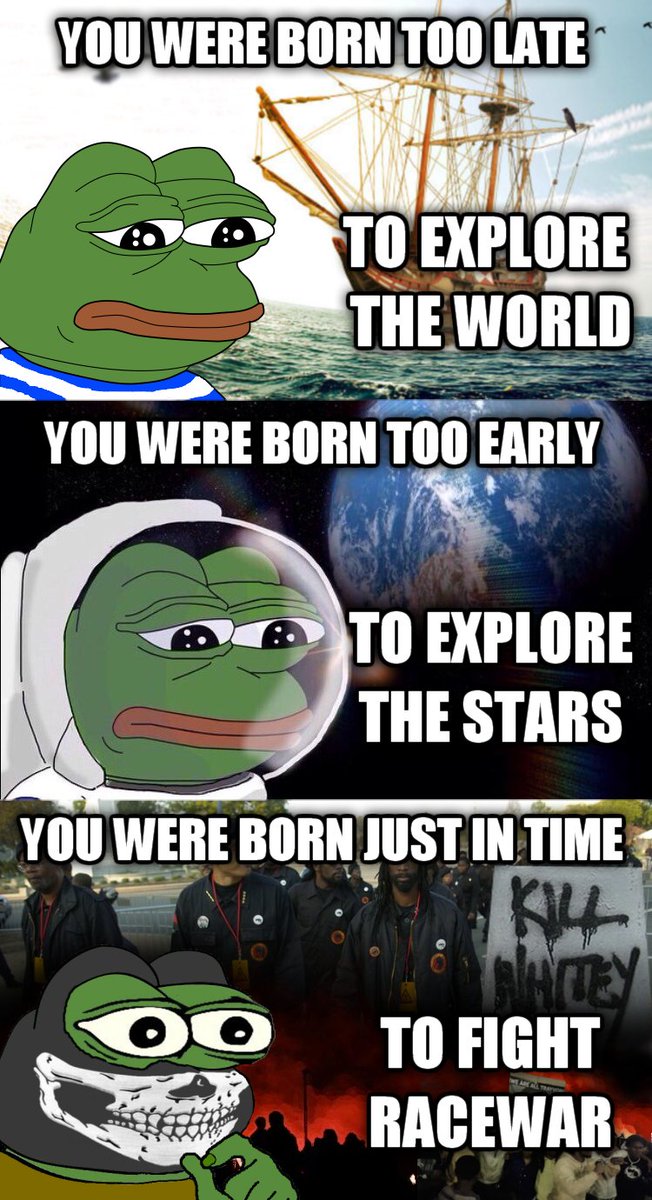 Long story short, they call us all neon-nazis as usual, and they get some White-presenting mulatto to talk about shutting free speech. Fuckin’ Based.

Where would we be without this bastion of impartial and ground-breaking investigative journalism?