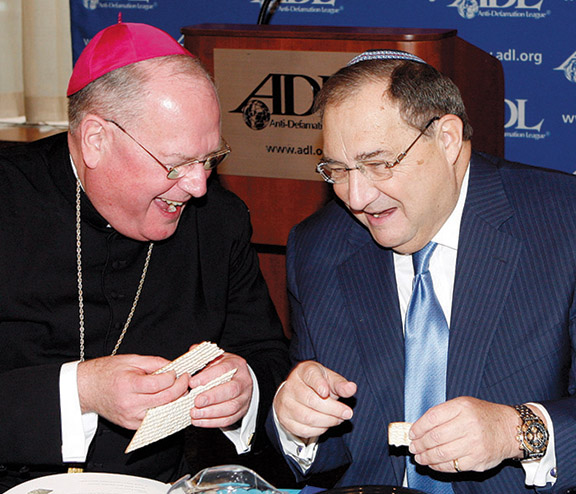 For some, an unending tide of diversity and shekels is more important than defending morality and truth.

LARPing is one of the strangest but most unsurprising phenomena of the 21st century where low energy nerds who had typcially been confined to their parents’ basements playing Dungeons and Dragons gained the inspiration to venture out into broad daylight dressed as anime cat girls and medieval knights. This subculture’s legion of costumed permavirgins get a rush from fantasizing about saving elven princesses and ineptly clobbering each other with medieval weaponry in residential parks. It’s a disturbing activity and another sign of our generation’s inability to grow up and focus on adult responsibilities and goals. 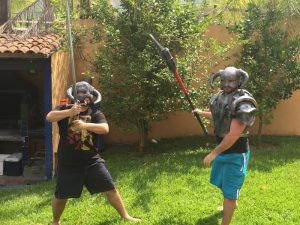 Unfortunately, there is a much more dangerous set of LARPers who have emerged recently: many of the world’s Roman Catholic Bishops.

Not to be outdone by the awkward youth who grew up devouring Harry Potter and junk food, Catholic Bishops have decided, in a desperate attempt to remain relevant and to hold off creditors confiscating lawsuited Church property, to LARP as Antifa. And just as fat man-children make very poor medieval knights, so do Catholic bishops make awful social justice warriors.

A typical example of this LARPing can be found in the American Cardinal Dolan who often “forgets” to wear his cross when meeting with Abe Foxman of the ADL — something His Imminence does a lot for some reason. His Lordship Cardinal Dolan has also recently gotten into a spat with Steve Bannon about the Church’s economic motivation for hauling in Latin American migrants. In the bizarro-world of the 21st century, Bannon articulates Catholic theology better than the Archbishop of New York, pointing out that the blueprint for creating an eventual reservation for white people (it might actually be kind of fun there, though) is nowhere to be found in Catholic doctrine.

Then we have the Archbishop of Cologne, Germany, Cardinal Rainer Maria Woelki, who released a gem on YouTube arguing for the continued population replacement of Germany. According to the Archbishop, Christ’s great commission is not to baptize all nations, but to give a helping hand to rapefugees. It’s little wonder right-wing politicians and conservative journalists and radio hosts have claimed he is the Antichrist, out to “destroy the church.”

In his greatest stunt while LARPing as a SJW, Cardinal Woelki brought an entire migrant boat to mass (yes, literally a boat that had been used by migrants) and compared Christ to gangs of smart phone-wielding migrants eager to enter Deutschland in order to collect benefits, play Xbox (also paid for by welfare benefits), and to kick German women down subway steps.

This constant cheer-leading for the demographic suicide of the West has reaped financial dividends for the Church, and the American State Department and other world governmental agencies provide plenty of benefits for good Christian boys and girls ready to betray their own people. On the other hand, the Catholic Church is continuing to hemorrhage church-attendees as Europeans prefer to sleep in on Sundays instead of going to tasteless hippie masses full of gushing about how great it will be once Whites are a minority in their own countries.

There are many reasons most Catholics no longer wish to go to church, but the fact that the leaders of Christianity in the West care more about virtue-signaling for George Soros and collecting shekels from the American government and the EU to resettle migrants is at the top of the list. No group has perfected this stupidity and evil better than the leaders of the Catholic Church. Everyone knows that when Catholics pretend to be hipster Marxists they are only LARPing.

Catholic bishops are supposed to be lace-adorned, anti-modern, Darth Vader-esque reactionaries vociferously denouncing the degeneracy that is always at risk of creeping back into the world and suffocating the hearts and minds of men and women.

Until the bishops of the world stop acting like fat kids who live in an anime-medieval fantasy world, they will remain boring, irrelevant, and worst of all, instruments in their own self-destruction.

Topicscatholicismcuckservativesmigrants
Share on FacebookShare on TwitterShare on RedditShare on VKontakte