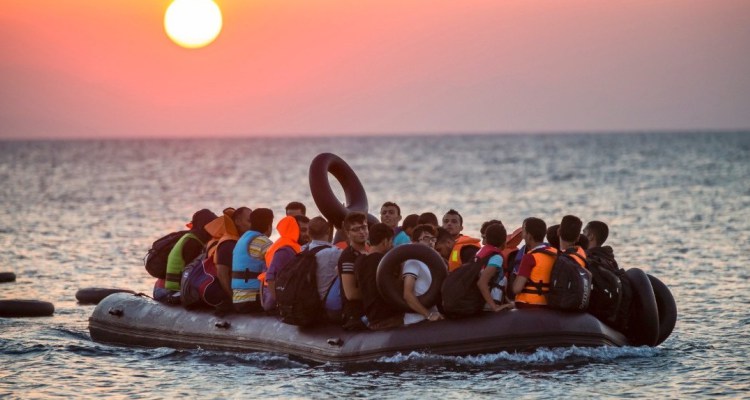 They Have To Go Back

The case for a humane repatriation program to stave off demographic disaster.

Repatriation is not inhumane, impossible, or undesirable. On the contrary, it is humane, possible, and necessary.

Last year, the administrative agency Statistics Sweden (SCB) published a report describing the demographic composition of the population of Sweden in terms of people born abroad, children of one and two persons born abroad respectively, and the share of the population constituted by these groups.

I will quote the most interesting parts below:

‘But, what if we halt immigration?’ many ask and believe that this would somehow be the magical solution to all our worries. That is not the case. Even if we shut our borders completely, right now, the low birth rate of Swedes in relation to the far higher birth rates of the immigrants would result in Swedes being almost entirely supplanted by non-Swedes within decades.

A favourite argument of the Left, and even more of the ’conservative‘ liberals, when they oppose criticism of immigration is that it is somehow mystically impossible to do anything about the large numbers of immigrants already within our borders, and that critics of immigration might as well give up and accept multiculturalism and the destruction of their own culture.

Repatriation is not inhumane, impossible, or undesirable. On the contrary, it is humane, possible, and necessary. Furthermore, it is also the natural step to take after the tidal wave of new migrants has been halted. If the post-Brexit European Union has even a slight interest in once more becoming a functioning political entity which is legitimate in the eyes of its citizens, there is no other option: the issue of repatriation must be added to its agenda as soon as possible.

One of the few others in Sweden who has commented on the SCB report is the George Soros associate and erstwhile violent anarchist Tobias Hübinette (known for his multifaceted crime record as well as his outspoken desire to see “the white race perish in blood and suffering”). He finds the report ’horrid’, not because of its conclusions but because it was filed at all. (Possibly also because he feels that the process of replacing the population of Sweden with Third World economic migrants isn’t happening quickly enough.) Solving problems by ignoring and repressing them is a fine Leftist tradition, harking back to the Soviet days, but it will not help with solving the demographic situation in Sweden and Europe. The debate about the debate and discussions about ’racism‘ and ’values‘ must be replaced by concrete political suggestions.

Things will only become truly horrid if Swedish and European politicians keep ignoring the obvious facts. If Europe is to have any future, this childishness must end, and the discussion of a controlled repatriation of most of our ’recent arrivals‘ must begin.