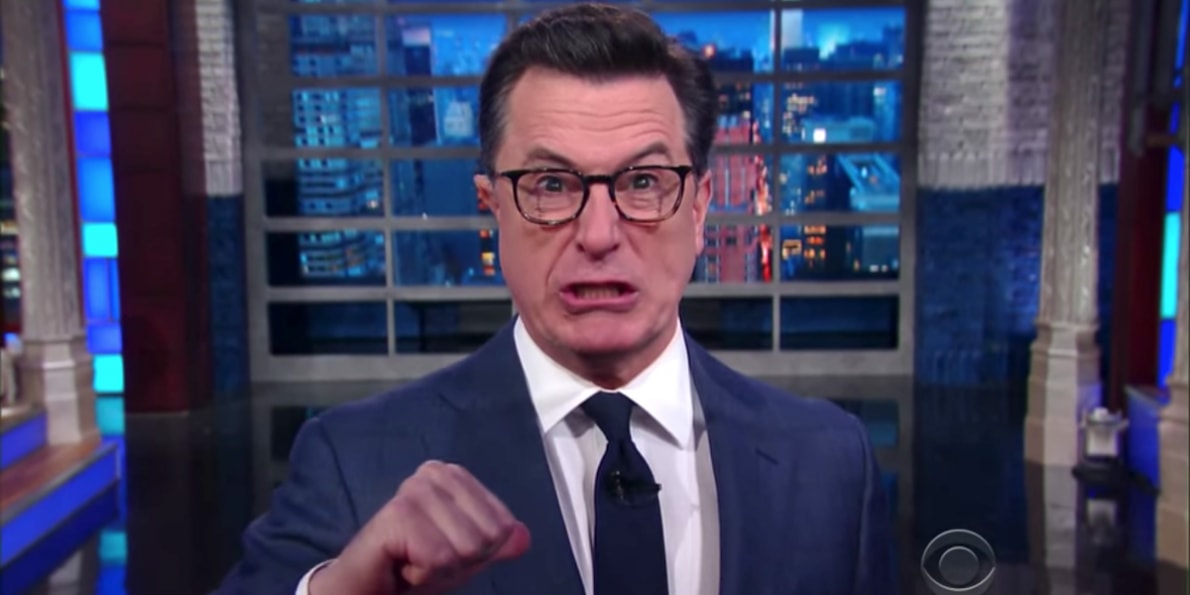 The cult of 'Kill Whitey' gets stronger everyday.

White men like Colbert have simply sold out their race for money, for fame and for feelings of self-righteousness.

Colbert is a self-righteous, smarmy, snarky retard who used to be edgy and counter-culture but is now the cheerleader for anti-White mainstream culture. He is unfunny and condescending, which is why Liberals love him, I suppose. He’s also a man obsessed with Donald Trump and hating White people. He used to be subtle about it, but he’s increasingly becoming unhinged. Throwing out sieg heils, obsessing over how many scoops of ice cream Donald Trump gets, and yelling inanely at the TV are staples of his show.

Recently though, he drops a bombshell when talking to some black guy on his show.

Colbert talks about hope and asks whether hope will increase when the non-white share of the population increases.

The black guy parried the question and wisely decided to not gloat about Whites becoming a minority. Even wiser, he started philosophizing about the meaning of Whiteness, talking about how non-static the term is. Whiteness isn’t really even real, but White people are still bad. That’s the gist of what these “educated” types are telling us now.

Also, he seems to think that the sliding definition of Whiteness will ensure that White supremacy will remain in society, even if White demographic supremacy is eroded.  In the future, other people’s will be considered White and so I suppose, the White problem will stay.

Did you catch that?

Forget about numbers and majorities, these people are not discussing a demographic problem.

The way that they talk about “Whiteness” is religious. Whiteness is like an abstract principle that must be defeated and overcome, like sin of the flesh or like the war on terror.

It seems that even in the minds of our enemies, they are incapable of approaching the issue of demographic replacement rationally. It cannot be about one tribe replacing an other to them, no. It has to be seen in the context of a great moral crusade, and a catharsis of a problem plaguing humanity since the dawn of time.

Otherwise White Genocide loses its mystical appeal to them.

There is another way of approaching the problem. As a people, we are going through a sacrificial crisis. Our secular society is looking for a common enemy, and a common mythos. Belief in the Holocaust, the sins of White people in general and recognizing your sins by apologizing for your Whiteness all bear the hallmark of a new religion or cult.

Of course, all of this is nonsense. White men like Colbert have simply sold out their race for money, for fame and for feelings of self-righteousness.

Deconstructing Whiteness doesn’t hide the fact that Colbert and his ilk are self-serving scum who believe in pseudo-science, a death-cult religion and have no future in the White world.