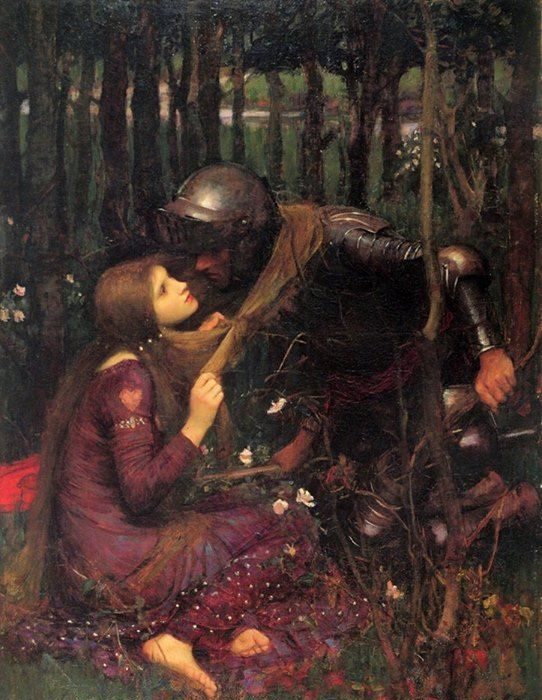 Both sexes are confused and set against one another like never before.

There are profound differences between men and women. From how we interact together and apart, to the very telos of who we are. In our egalitarian and “liberal” world, these differences are glossed over and the logic of our system pushes us towards an ever-encroaching bland, androgynous uniformity. The “sexual revolution” may be ongoing, but nature will reassert itself with a vengeance.

Fundamentally, men and women differ on the reproductive level. Not just in how children are conceived, but in our capacities to have children. Men produce thousands upon thousands of sperm in comparison to women’s production of eggs. This makes our reproduction strategies very different.

As outlined by F. Roger Devlin in his masterful work Sexual Utopia in Power, this creates different incentives for each sex. Amongst women, there is a drive to “hypergamy” or a striving to find the best mate for her children. Among men, a wide number of women with which to spread his legacy. While this is the biological imperative, our civilization has found ways to contain and express the masculine and feminine urges among our population.

For Europeans, the masculine and feminine have always had a complimentary role. At least ideally. Through monogamy, shaming, and other practices the ur-sexual drives of men and women were contained in order to build long-term “K-selected” reproductive strategies. One needs only look at places like Africa to see an unbounded human sexuality(coupled with a high time preference).

More than in just the scientific literature, sexual differences were incorporated into some of the very archetypes of European man’s myths. Take Helen and Penelope from the Illiad and the Odyssey respectively. Both represent extreme ends of European understanding of femininity.

Helen was the face that launched a thousand ships. She forsook her husband for another prince, Paris of Troy. A prime example of hypergamy. The punishment for such a breach was a war unlike any other. In part, because Helen’s very act struck at the heart of what made civilization function.

Penelope, on the other hand, waited many long years for the return of her husband Odysseus from that very same war. Warding off legions of suitors, and maintaining the domestic economy, Penelope stood as an example of faithfulness and virtue.

Even among men, there are such differences as those of Aeneas of the Aeniad and Odysseus in the Odyssey. With Aeneas, building a new home for his defeated people, and Odysseus struggling to return to his. Both fight against nature, and the gods in order to establish or regain their own legacies and homes.

Aeneas even spurns the love of Carthaginian Queen Dido, who later sets herself on fire on his leaving. Hell hath no fury indeed.

Aeneas goes on to establish a new city, Rome. Which will later be the basis of a great empire. In this, he expresses the primal masculine goal to leave a legacy and to have his name abound centuries after his own passing.

Odysseus strives against gods, monsters, and nature itself to return to his hearth fire and homeland. All the while still expressing the masculine urge to explore and wander.

Of course, these are just archetypes. But they illustrate the essential points Devlin hammered home about the nature of male and female sexuality and civilization. But our differences go much further than that.

Most young people socialized in our age know nothing, or next to nothing about interacting with the opposite sex. This is one of the reasons we see a plethora of blogs, magazines, and other products designed to tell us “what women really want”, or “how to pick up girls” in the case of men, or “how to land that high-status male” in the case of women. But, this is not the full picture either.

Women today are being encouraged in vast numbers to become “career women”. To forgo early marriage and childrearing, to focus on a career and to break the “glass ceiling”. Men, on the other hand, have started to lag behind and turn inwards. We see this reflected in a variety of ways. Whether it is the rather extreme margins of “Men Going Their Own Way”(MGTOW) to the sort of “hikikomori” phenomenon we see in places like Japan (I’m sure a western equivalent is not too far behind).

The rise in no-fault divorce and other legal ramifications of the sexual revolution have altered how many of our young people relate. An unbounded hypergamy among women and a decreasing chance for a stable family life for many young men have left many of our people adrift.

Indeed, we have seen a rise in “sex substitutes”, especially among our young men that exacerbate the problem. These include pornography and almost anything else that keeps our young men from engaging with women. For the losers in the sexual marketplace, dropping out is usually more attractive than playing a rigged game.

What these trends are moving towards is not a “sexualized” society as many conservatives complain of. But, an increasingly de-sexualized and androgynous future. The feminist push towards careerism and barrenness is essentially an attempt to masculate women, even against their own will (as this latest female draft controversy shows us).

Guillaume Faye in his Sex and Deviance describes the feminist endgame:

Dogmatic Western feminism thus neglects the mere defense of women and their right to their bodily identity on the pretext of their ‘mastery’ of their bodies. It is a sort of ideological bath which aims to abolish feminine specificity. To masculinise women and feminise men, thus constructing the androgyn.

From our armed forces to grrl power television, to even our fashions we can see such a change. Just look at this movement’s current apotheosis, Hillary Clinton. Whose close-cropped hairstyle and pantsuits remind one more of a North Korean strongman than a matron.

The egalitarian, androgynous goals of feminists and others are of course a pipe dream. A Tower of Babel waiting to crumble. Throughout the world, we see the death of the “sexual revolution” just around the corner. Egalitarianism has run up against its own contradictions.

We saw this in Rotherham, where concern about “racism” took precedence over reporting rape. Indeed, we see this all throughout Europe in cases of refugee rape. Instead, we are treated to an ongoing anarcho-tyranny about the “toxic masculinity” of western man.

In its essence, that was all UVa. and other such cases were all about.

Crying screams from a system in doubt. An aged bundle of contradictions that will not be able to understand, let alone cope with the storm on the horizon.