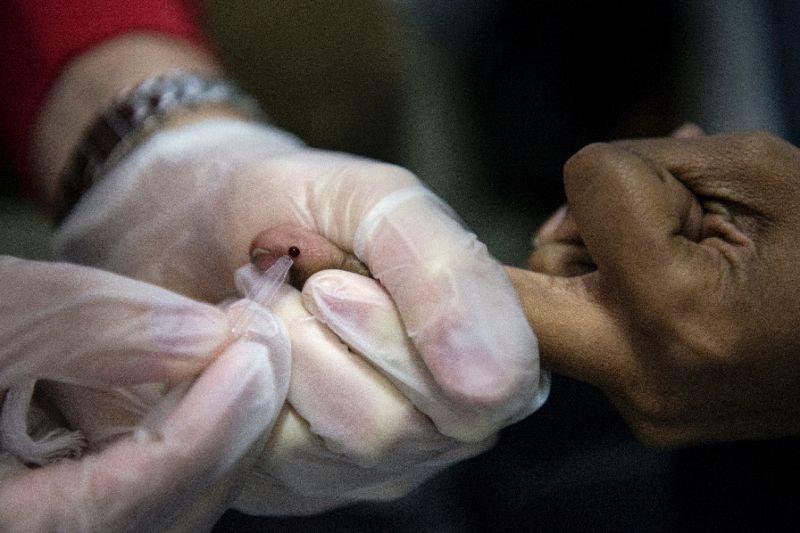 Who could have seen this coming?

This was “the highest number ever,” said the annual Sexually Transmitted Disease Surveillance Report released today by the US Centers for Disease Control and Prevention (CDC).

Most of the new cases — 1.6 million in 2016 — involved chlamydia, a bacterial infection that affects both men and women.

Gonorrhea also increased among men and women last year, but the steepest rise was among men (22 percent), said the report.

These trends are “particularly alarming” because of the growing threat of gonorrhea becoming resistant to the last recommended treatment, according to the CDC report.

We haven’t cured cancer, but we have created super gonorrhea.

Most cases of syphilis occur among men — mainly gay, bisexual and other men who have sex with men.

But women too saw a 36 percent increase in rates of syphilis.

You burn the coal, you pay the toll.

There were more than 600 cases of syphilis among newborns — known as congenital syphilis — a 28 percent increase in a single year.

These syphilis cases led to “more than 40 deaths and severe health complications among newborns,” said the report.

I don’t want to be overly cynical, but something tells me we didn’t lose any rocket surgeons here.

“All it takes is a simple STD test and antibiotic treatment to prevent this enormous heartache and help assure a healthy start for the next generation of Americans.”

At the White taxpayers’ expense, of course.

Experts say despite growing concerns about antibiotic resistance, these three STDs can all be cured with antibiotic treatment. If left untreated, however, they can lead to infertility, life-threatening ectopic pregnancy, stillbirth in infants, and increased risk for HIV transmission.

“STDs are a persistent enemy, growing in number, and outpacing our ability to respond.”

So, as if we didn’t have enough problems, we can add unprecedented levels of sexually transmitted diseases to the list.

Every single one of our (((institutions))) constantly screeches that “diversity is our greatest strength.”  Yet, here we are at our most diverse as a country and every single quality of life metric is getting worse. STDs are at the “highest number ever” and diseases we had nearly eradicated altogether decades ago are making a comeback:

3rd world immigration affects every area of our lives. This is completely unacceptable. Honestly, they all need to go back. There they can go spread AIDs among their own people to their heart’s content. But never ours.