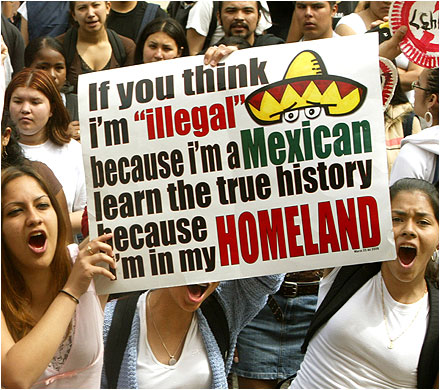 The Left Has Lost Control Of Its Non-White Auxiliaries

The Coalition of the Aggrieved is forcing Whites to pick sides.

In George Orwell’s book Animal Farm, a drunken farmer is deposed by his livestock in a hostile takeover of his farm. The farmer was quite often derelict in his duties when it came to caring for the animals, so the animals staged a revolt and took the farm by force. The animals became so extremely organized and vigilant that the farmer was never again able to regain control of his farm after the insurgent animal rebellion.

Another pathetic drunk who set the stage for an impending revolt was named Teddy Kennedy. He, along with a Jew named Celler and a cuck named Hart, created and promoted the Immigration and Nationality Act of 1965. The act, once passed, removed racial and national barriers for immigration into the U.S.A., which had been almost exclusively European to that point.

Kennedy declared of the act:

First, our cities will not be flooded with a million immigrants annually. Under the proposed bill, the present level of immigration remains substantially the same…

Secondly, the ethnic mix of this country will not be upset… Contrary to the charges in some quarters, [the bill] will not inundate America with immigrants from any one country or area, or the most populated and deprived nations of Africa and Asia…

In the final analysis, the ethnic pattern of immigration under the proposed measure is not expected to change as sharply as the critics seem to think… The bill will not flood our cities with immigrants. It will not upset the ethnic mix of our society. It will not relax the standards of admission. It will not cause American workers to lose their jobs.

When Lyndon Johnson signed the bill into law, he said:

This bill we sign today is not a revolutionary bill. It does not affect the lives of millions. It will not restructure the shape of our daily lives.

In just over 52 years, the United States has amassed over 100,000,000 non-Whites, who have been permitted to carry out an all-out invasion our great country. These mostly Third World people come from countries where shitting indoors is a luxury, yet in this country, we afford them the same rights and benefits that were earned by the achievements of our forefathers over millennia. Something these non-White people could have never achieved if left to their own devices.

Since 1965, the Democrats have used these people to win elections. The Dems used to be the party of the White working-class, but now they have decided to bet it all on brown.

Look at this graph of the 2016 election results by race: 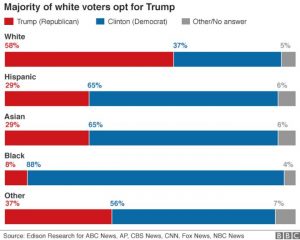 The left has been playing hardcore racial politics for the last 52 years. They have created this palpable anti-White sentiment, and now Whites are leaving the party in droves. This is why illegal and Third World immigration is so important to the Democrats and their future as a political party.

However, something strange has been happening lately. The Democrat pets seem to be revolting and questioning the Democrat plantation mentality.

How long do these White (mostly Boomer) Democrat morons think that their pets are going to be happy with the status quo?

Even Antifa Browns are upset with their fellow White terrorists because they do not believe that they are doing enough anti-White damage for their cause:

What these stupid shitlib SWPL leftist Whites need to learn is that they are only the allies of these non-White people until they are no longer necessary. They are certainly not going to build a statue in Pelosi’s honor.

Deep down, they do not even respect them. They actually respect us more than them because we, at the very least, stand up for our people. They are nothing more than traitors in their eyes, and no one can ever respect a traitor.

Just because the POCs from south of the border do not call shitlib Whites “Nazis” does not mean that they care anything about them. They are a tool to reach their ultimate goal of the complete takeover of this country. They do not want to be singing Kumbaya while playing bongos in some culturally diverse utopia. Their goal is La Reconquista of Aztlán and the subjugation of Whites.

A 1999 José Angel Gutiérrez Interview from In Search of Aztlán:

We’re the only ethnic group in America that has been dismembered. We didn’t migrate here or immigrate here voluntarily. The United States came to us in succeeding waves of invasions. We are a captive people, in a sense, a hostage people. It is our political destiny and our right to self-determination to want to have our homeland [back]. Whether they like it or not is immaterial. If they call us radicals or subversives or separatists, that’s they’re problem. This is our home, and this is our homeland, and we are entitled to it. We are the host. Everyone else is a guest.

There is a war upon Whites in this country, and we did not ask for it, yet it is at our doorstep. No amount of running to the hills will save you from it.

Guillaume Faye wrote in Why We Fight:

The worst wars are the undeclared ones. They break out quietly, like an uneasy breeze, and are the harshest, most deadly.

White shitlibs are quickly starting to realize that their very survival is a binary choice, and they need to stop cucking and start resisting. It means taking their own side in this fight and standing with their fellow White people. If they want to secure the existence of our people and a future for White children, the time to do so is now. At the very least, they should shut up and let us do what needs to be done already.