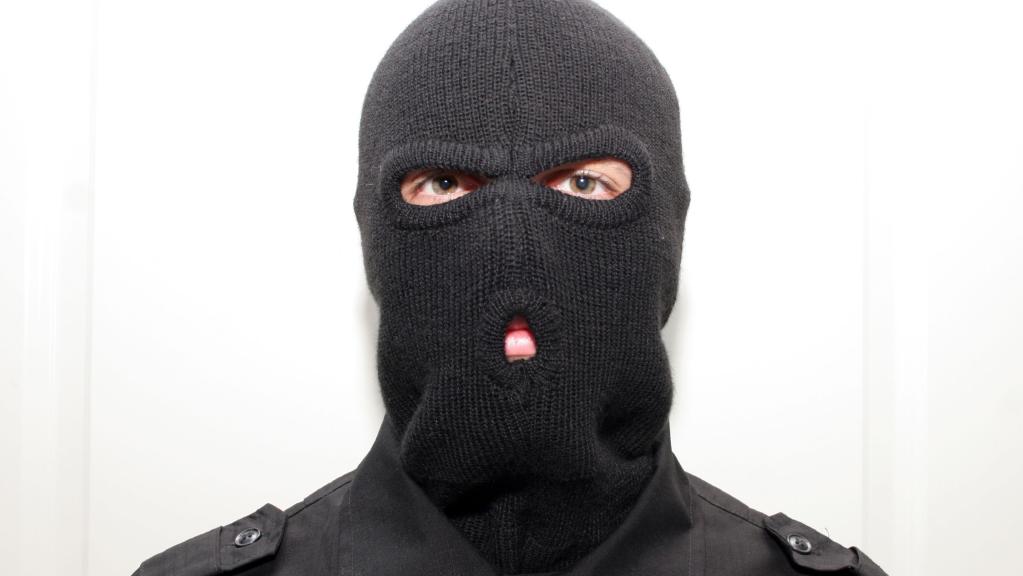 How to turn delicious irony into great Alt-Right propaganda.

Three college students and one former student were arraigned Tuesday and Wednesday and face five years in prison each for wearing masks while protesting a Richmond, Va., Confederate rally Saturday.

As much as I hate Antifa, five years in prison is a long time just for wearing a mask at a protest.

The four individuals, who were either current or former Virginia Commonwealth University students, violated a 1952 Virginia law created to unmask Ku Klux Klan members in the state, according to Richmond Times-Dispatch.

I wonder if they get the irony that they’re being charged for violating a law that was created to unmask their arch nemesis.  I’m guessing not.

“I was wearing the mask to protect myself from people who I was told were filming and photographing us with the intent of doxxing us,” said Caroline Hill, the former student.

That’s not an unreasonable notion given the far-reaching effects that doxxing can have on one’s life.  We Alt-Righters know all about it.

She said she took part in the Saturday counter-protest to oppose Richmond’s Confederate monuments and “people running around Richmond with Confederate flags intimidating people.”

Police arrested Hill, along with VCU students Ian M. Gerson, Corissa C. Duffey, and Thomas W. Rockett for wearing masks, a couple of which appeared to be Halloween masks. Police had announced prior to the rally that they would be rigorously enforcing the mask law.

Is it just me or is it kind of absurd that you can wear a mask on Halloween, but that same mask magically becomes illegal when you are at a protest?

“For your safety, I strongly encourage all members of the VCU community to avoid this area Saturday,” said Michael Rao, Virginia Commonwealth University president, in an email sent to the school community before the rally and obtained by The Daily Caller News Foundation. “There is precedence for violence at this kind of demonstration…”

“…and your safety is my paramount concern.”

Rao said that the school took free speech seriously, but that “we also have the autonomy of sound judgment, and we recognize that difficult or contentious debates can be productive only when the threat of violence will not drown out our voices.”

“For a charge of wearing a mask?” said Thorne-Begland regarding the Halloween trial date. “That [date] is available.”

Get this, the trial date is set for Halloween. The irony.

I’m going to take a position on this that will be unpopular in the more authoritarian circles of the Alt-Right.  I feel for these four college students.  They’re young, gullible and their professors have told them that they are “on the right side of history” in hating white people and wanting to destroy America and all that it stands for. The possibility of facing five years in prison with violent criminals just for wearing a mask at a protest is excessive and unjust. The punishment does not fit the “crime.” The (((establishment))) is indoctrinating these young kids, many of whom are white, to do their bidding and then throwing them to the wolves when there are repercussions.

The government at every level has used Charlottesville as an impetus to become more tyrannical.  Despotism seems like a good idea when your group is in charge, but the levers of power will inevitably switch hands.  Then your group will be subject to the excessive and cruel policies that you helped to enact.  This situation is a perfect example of this.  The left undoubtedly had a hand in creating this very specific, arbitrary law to unmask the Klan in an attempt to diminish their power, which ultimately worked. Now, they’re being subjected to the same law. I know that we want to see our political enemies harshly punished, but allowing the government to continue to amass and wield such excessive power is a threat to all citizens and the principles of objectivity, reason, and justice that we are fighting to preserve.

If we really wanted to blow some minds, we could come to the defense of these kids under the premise that these poor kids are only getting this harsh punishment because they are White. They will be put in a difficult position of having to disown their own supporters, which will be lulzy if nothing else. I believe that these clever culture-jamming tricks will do wonders. The cognitive disconnect in these young kids’ minds when they see the Alt-Right supporting them, the government prosecuting them and (when liberals find out the Alt-Right supports them) their own people turning against them will be simply epic.