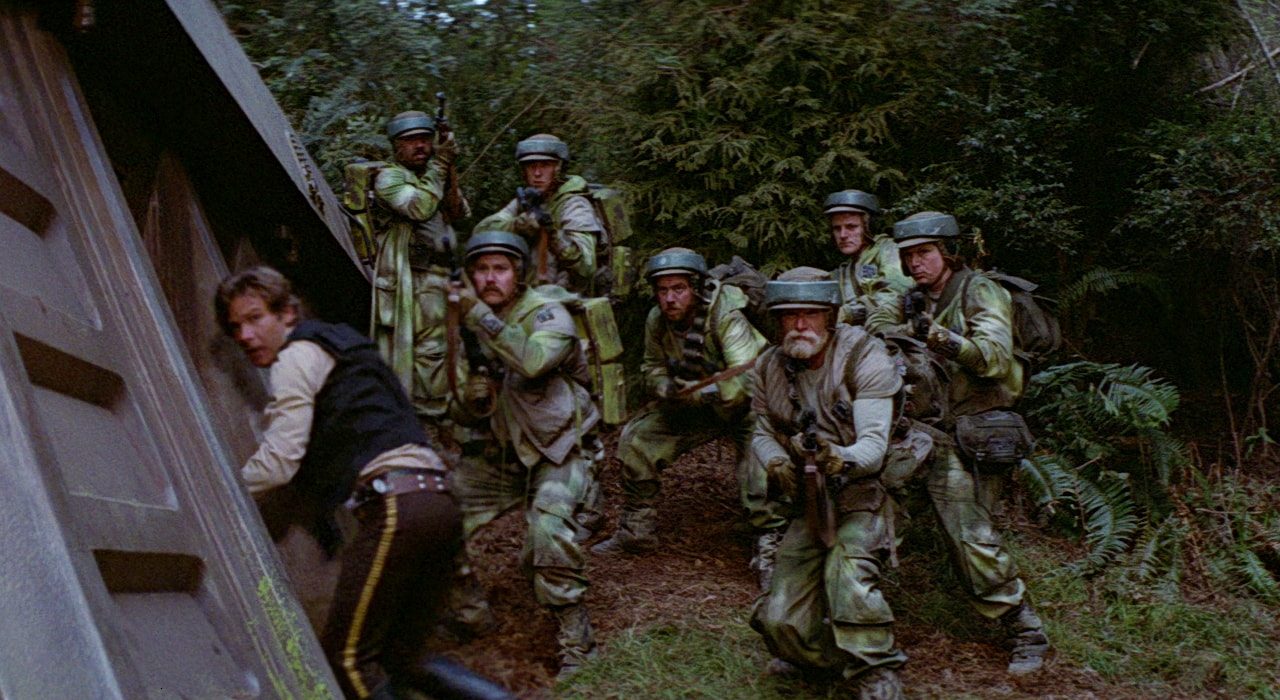 The Alt-Right Is The Resistance, Not The Evil Empire

Time to tap into the archetype of spunky freedom fighters.

Special thanks to Alexander Zusammenbau for his collaboration on this piece
**

The portrayal of the Alt-Right in mainstream media is still, and will remain for the foreseeable future akin to a black and white photograph of an ex-convict with a Swastika tattoo on his chest, seig heiling for the camera. The Alt-Right at this point has no means to change this narrative, with conservacucks and Leftists alike banding together to condemn us and wish that we would just disappear. These factors are out of our control, but lest we get discouraged, we should remember where our true strengths lie.

Our hometurf is the internet. We were born in it, moulded by it. We didn’t see the light of public political discourse until we were grown men and by then it was simply sickening…

We need to get back to our roots and control our image on the internet.

Allow me to expound on my assertion here, as I can already feel the George Lincoln Rockwell quotes being copy-pasted. If the Alt-Right is to become viable as a true Political entity, it must respect the culture of America when it comes to public perception. Culture as I mean it is not determined by the quantity/quality of a nation’s classical music symphonies or even of historical moment density in the historic downtown, but rather the common attitude and morals that are held by the core of the country. When one watches American movies, you can clearly identify the patterns of how America likes to see itself portrayed. The ragtag motley underdog archetype is everywhere. Think for a moment how the media and the movies portray the good guys.

If we can agree on this premise, then why is it that the Alt-Right strives to be the archetypical bad guy that all Americans have been conditioned to hate? I mean, we are the ragtag motley group of rebels when we are on the internet. We are the stuff of stories and movies, whether we like it or not.

So why then do Alt-Right street activists insist on shouting, “fuck niggers and kikes!” for the cameras IRL?

Think of it this way. What if we said this instead: “I march because I have no other choice, because my back is against the wall and the government has gone too far. There won’t be a future for me and my children if this continues.” One is a message of hard-edge authoritarianism, the other a message of resistance.

See, the Alt-Right is a group of people with very different ideologies, but the right wing authoritarian archetype that many seem to want to espouse will never fly with the people who we claim we fight for. Boiled down to its most simply form, our movement is White Nationalist. We believe that America was founded and intended to be an ethnostate and that the Founding Fathers fought tooth and nail against the Crown because they saw no future for themselves under a system of foreign control that denied them the rights to shape their own destiny.

The Alt-Right has the opportunity to present itself as an ideology which desperately does not want to see the heart and soul of their country changed, and which is going up against a coalition of anti-Whites the likes the world has never seen arrayed against the White race like this ever in its history.

I understand the pure rage that is felt by many in the movement, because if you are not angry it is easy to fall into despair. But there is no need for all that. Listen, the facts are on our side, the Founding Fathers are on our side, every single one of our shared European ancestors would be on our side in this fight as well, so why do is it that we continue to portray ourselves as a fringe minority?

Here’s what Thomas Jefferson had to say on Blacks if you don’t believe me:

They seem to require less sleep. A black, after hard labour through the day, will be induced by the slightest amusements to sit up till midnight, or later, though knowing he must be out with the first dawn of the morning. They are at least as brave, and more adventuresome. But this may perhaps proceed from a want of forethought, which prevents their seeing a danger till it be present. When present, they do not go through it with more coolness or steadiness than the whites. They are more ardent after their female: but love seems with them to be more an eager desire, than a tender delicate mixture of sentiment and sensation….

… It will probably be asked, Why not retain and incorporate the blacks into the state, and thus save the expence of supplying, by importation of white settlers, the vacancies they will leave? Deep rooted prejudices entertained by the whites; ten thousand recollections, by the blacks, of the injuries they have sustained; new provocations; the real distinctions which nature has made; and many other circumstances, will divide us into parties, and produce convulsions which will probably never end but in the extermination of the one or the other race.

–Thomas Jefferson (Notes on the State of Virginia

The Negro race is a species of men different from ours as the breed of spaniels is from that of greyhounds. The mucous membrane, or network, which Nature has spread between the muscles and the skin, is white in us and black or copper-colored in them. –Voltaire (The Works of Voltaire, Vol. XIX)

The Alt-Right must become the party of reason, the party of American Reaction to the subversion of our democracy and the voice of the disenfranchised White class. There is no need to resort to Nazi flags, the Betsy Ross flag will do just fine because the meaning is the same, America for the White man. Give the American people the motley underdogs that they want to root for, be the voice they are waiting to hear, not a call to oppress minorities but rather the voice of #resistance to the oppressive governent that espouses love for one’s own race and family against the iron boot of race-mixing state Totalitarianism.

Tap into that archetype, don’t fight it.