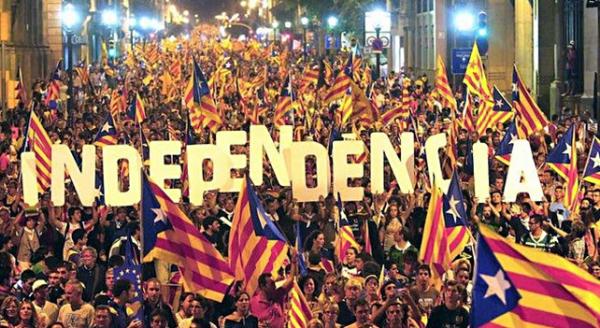 Secession is just White Flight by another name, and we're done with that.

This is a pet topic near and dear to me that I’ve written about before.

In the near future, Europe and the rest of the White world will be racked by secession crisis after secession crisis. This is a future forecast that I believe few people will contest. Europe will splinter as people’s and regions that can will try to bail out of the looming disaster that is coming.

Many pro-White activists assume that this is, in fact, proof of growing pro-White anti-Third World sentiment. I agree there is that element at play, but it is not explicitly marketed as such, nor is the driving force behind such developments rising White identity.

In fact, I contend that the phenomenon can best be explained as White Flight on a nation-wide scale. And just like the original agents of White Flight were more well-to-do middle-class types that cared nothing for White identity or their less well-off brethren, so too are these new secession movements.

Take the situation in Catalonia, which is unfolding right before our eyes. Catalonia is the richest, most well-educated and a relatively White region in Spain. I studied with Catalonian patriots at University. A more spoiled bunch of progressive, stuck-up shitlibs you will have to search far and wide to find. Some of them went to Lesbos to volunteer during the Refugee Crisis and now they proudly display the Catalan flag as their profile photo. This is in no way an isolated phenomenon.

Barcelona in particular is a mecca for Hipsters, SWPLs and every type of progressive under the sun. Their left-wing groups are hard-core, and they were behind the ‘Tourists are Terrorists’ campaign in recent months. 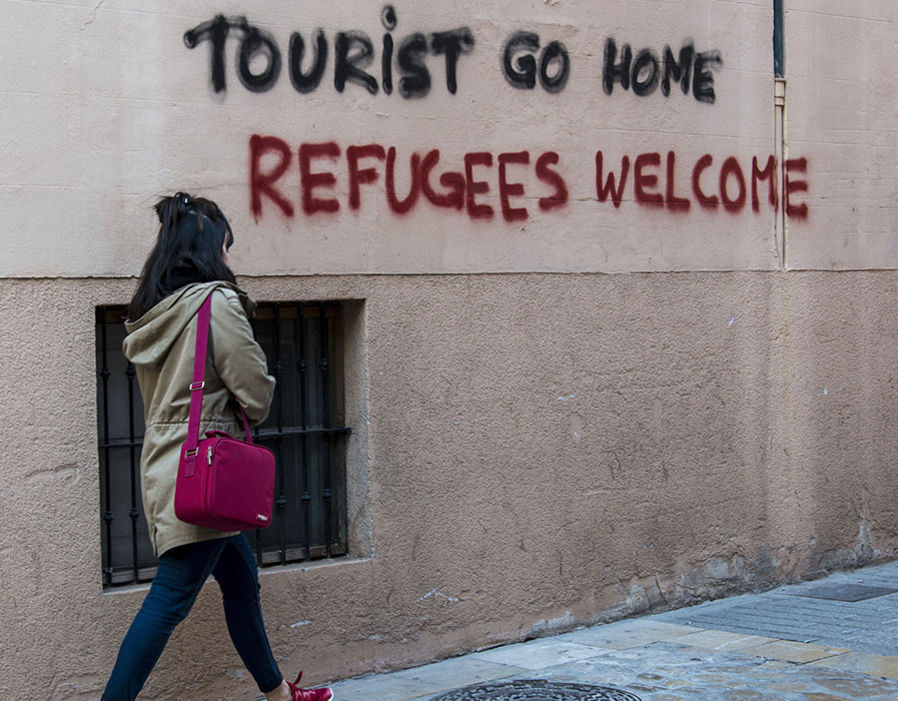 They rallied against Northern Europeans coming from sun-deprived, over-taxed regions of Europe coming to enjoy their beaches, climate, and cheap wine. Of course, it is easy to be an anti-English or anti-German patriot, but never ever an anti-Brown one.

Many of these left-wing activists see pro-Catalonian independence from Madrid in the context of separation from the rest of poor, boorish and Culturally Enriched Spain.

It begs the question: should we support such movements on the Alt-Right?

I don’t think so. Take the case of Scotland. The Scotish independence movement was a bizarre menagerie of leftists groups LARPing as the inheritors of Braveheart’s legacy and trying to prove that their independence was in fact motivated by a desire to be more progressive and liberal than the greater nation from which they were seceding.

They wanted out of the UK and into the EU. They portrayed the UK as a backward and racist country and EU membership as joining the ‘right side of history’. But there was an element of genuine Scottish pride that was at work there as well. As is often the case, the natural and healthy patriotic sentiments of the people were used and subverted. Anti-English nationalism was falsely equivocated with pro-EU sentiment.

Bizarre, but many Scots fell for it.

We must reject these movements for what they are, White Flight by the privileged sections of society. If we do anything, we simply learn from what happens next and emulate the successful examples as they occur when our time comes.

Richard Spencer was public about his lack of enthusiasm for Brexit and he has since been vindicated. Brexit was certainly fueled by lower class White resentment, but it was certainly not an explicitly ethno-nationalist phenomenon. Everyone pushing for Brexit was basically a civic nationalist at best and the campaign took great lengths to prove how not racist it was by claiming it was the Polish plumbers that they were really rallying against.

Nigel Farage made an explicit point of arguing that immigration from the Commonwealth should be prioritized first and foremost, not European immigration. In other words, less Poles and more Pakis- that was what Brexit was all about according to people like him. Furthermore, it was about pulling the UK out of a German-dominated EU to more closely re-align the UK with the United States. The UK only really even joined the EU to disrupt it, lobby for free-trade (more American goods flooding the closed market) and lobby for Turkey’s eventual integration (to destabilize the project).

That is what the UK has been doing from the time of the Norman invasion onwards- destabilizing any attempts at a Continental Union.

Brexit was eventually supported by the British Establishment when they realized that they had lost, and Germany had won. And all the English Patriots that had thrown their weight behind the effort ended up being used for this end.

We cannot keep getting duped by agendas of people who have little in common with ours, but that need to use our support base to carry through their side-projects.

Moreover, we need to force people’s backs against the wall and make them realize that there is no lifeboat for them. If the Hipsters, SWPLs, and Yuppies in Catalonia want to flood their country with the Third World for virtue-signaling points, they should bear the consequences like everyone else. They can’t have their cake and eat it too. They need to have their legs blown off, their ribs riddled by shrapnel and their faces melted by acid just the same as the rest of us.

There can be no retreating to gated communities, there can be no more White Flight. Call your gated community whatever you want, Bavaria or Catalonia or Kalorama, we will not support it. They must never again be allowed to play on nativist sentiment to save their own skins while leaving all the other White skins to deal with the mess they created.