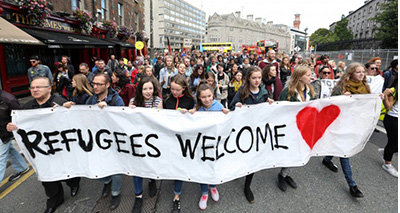 Does the West have the will to survive?

“In this curious war taking shape, those who loved themselves best were the ones who would triumph.” – Jean Raspail

The Camp of the Saints, written by Jean Raspail in 1973, is a novel about the end of the white race. Its eerily prophetic premise is that one day, the Third World masses decide to board what ships they can find and head for Europe. There is no apparent reason for their embarkation: No natural disaster, war, famine, or disease has struck. One day they simply push off from the coast of India. 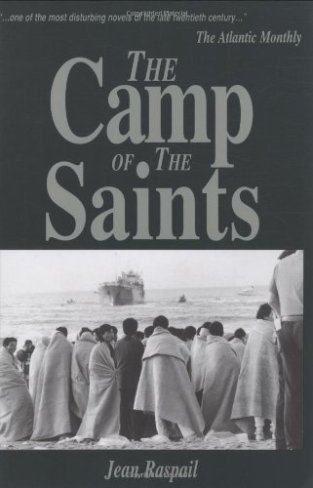 The novel follows the ship’s long journey, but its focus is on the Europeans waiting for it—waiting for the “due date” of a new world. The cast of characters is large: media personalities, politicians, academics, priests, soldiers, small businessmen, workers—every typical profession in the modern world. That is obviously deliberate because The Camp of the Saintsis about all of us—about white people. It is about our weaknesses, indulgences, and unwillingness to survive. The millions of Third Worlders are a mirror image of that civilizational masochism.

There are many books for dissidents that cover the science of racial differences, or chronicle non-white dysfunction, or even that serve as an example of what lunacies our enemies believe. But books about whites across the globe, as a race with a common past and a shared destiny, are unusual. The author is French, and much of the novel takes place in his home country, but the book does not have a single sentence of outdated nationalism. Mr. Raspail mentions every corner of the white world: New York City, London, Australia, even Soviet Russia and Apartheid South Africa.

Instead of gaudily focusing on black thugs, Arab terrorists, or conniving Asians, The Camp of the Saints puts the white race in front of a mirror to ask, “Why do you bow to those who wish you harm and who promise you subjugation?” This question takes up most of the book because the Third World does not reach Europe until the very end. The story is mainly about what goes on in the minds of whites as the “armada” of aliens slowly approaches.

Mr. Raspail brilliantly depicts the weakness of the West’s elites. Even as millions of non-whites who share no language, culture, or religion with Europe approach, media and government alike welcome this coming dawn that will end the West’s present Dark Age. 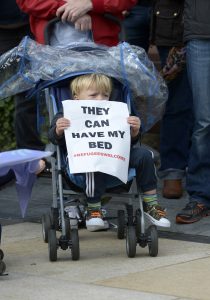 During the French government’s first cabinet meeting about the situation, one minister proposes that the fleet itself be given nationhood status. It could become history’s first migratory nation, with regular shipments of food and medicine delivered by the UN—but kept offshore.

Another minister upbraids him:

[This] drama . . . shows the way to man’s loftiest transformation, as he stands, at last, at this hour of materialism’s ultimate upheaval. Or are we some petty village council, called by the mayor to tighten the ban against gypsies camping on our public lands? . . .

Gentlemen, what difference does it make if this fleet, heading west, inching its way through our conscience with its last ounce of strength, like a dying indictment, lands on the shores of France, or Germany, or England? . . . All the privileged nations must stand up as one, must lend one solemn ear to the eternal question, ‘Cain, where is Abel thy brother . . .?’ Can any among you fail to perceive that France owes it to herself to respond in a clear, compassionate voice, and to plan a heartfelt welcome, here and now, in keeping with both our material wealth and our moral resources? At the moment of truth, how urgent it will be to know how to read the signs and symbols, and master our own selfish interests!

All the suicidal Western concepts are there: the idea that diversity is redemption, the guilt about wealth and comfort, pathological altruism—all with a curious veneer of ambivalence. What does it matter? We’ve had our day in the sun. To care about survival would be prejudice.

The Camp of the Saints follows the purveyors of these poisonous ideas throughout the white world. There is Clémont Dio, France’s radio personality and public intellectual with Arab blood and a passion for destroying the existing order. There is the Pope, a white South American whose sense of Christian charity is indistinguishable from secular post-modern pap. There are vagabond hippies, unhappy with the world and eager to see anything new come and replace it. There are vapid celebrities looking for a photo op.

It is all too familiar, and a mark of incredible prescience that a novel written two generations ago in another country has a cast of characters immediately recognizable to any American in the current year. The Camp of the Saints even has good-hearted, normal white citizens suspicious of the coming changes, but paralyzed by dishonest media and the fear of social stigma.

At the same time, the novel portrays the West’s valiant remnant: An aging professor who has always known this day would come and is happy to make a last stand, rifle at the ready; the few military men who know what is required; a straight-thinking publisher; the stray government official with an ounce of wisdom left in his bureaucratized brain; even men of the cloth who never drank egalitarian foolishness. But they are lonely voices and cannot stave off disaster.

The book’s strength is its unwillingness to settle for easy answers. There is no cabal of Jews or bankers behind our race’s suicide. The bias of the media is not concocted by a conspiracy. Christianity is not a disease of the mind, but a sociological reality. The villains are not all perverts or pedophiles; the heroes are not flawless and square jawed. The Camp of the Saints takes stock of the world as it is, and then thrusts a crisis upon it to see what would happen. The author has said that he didn’t know the story’s ending when he started.

George Orwell’s 1984 helped the world understand the last century’s crisis: the struggle between totalitarianism and freedom. Jean Raspail’s novel tackles this century’s crisis: whether the white world can survive the Third World’s demographic tidal wave. That crisis is upon us now—in its early stages—and like Jean Raspail, we do not know how the story will end. But The Camp of the Saints begs us to wake up.

[Editor’s Note: Camp of the Saints is now available for purchase through the American Renaissance online store.]