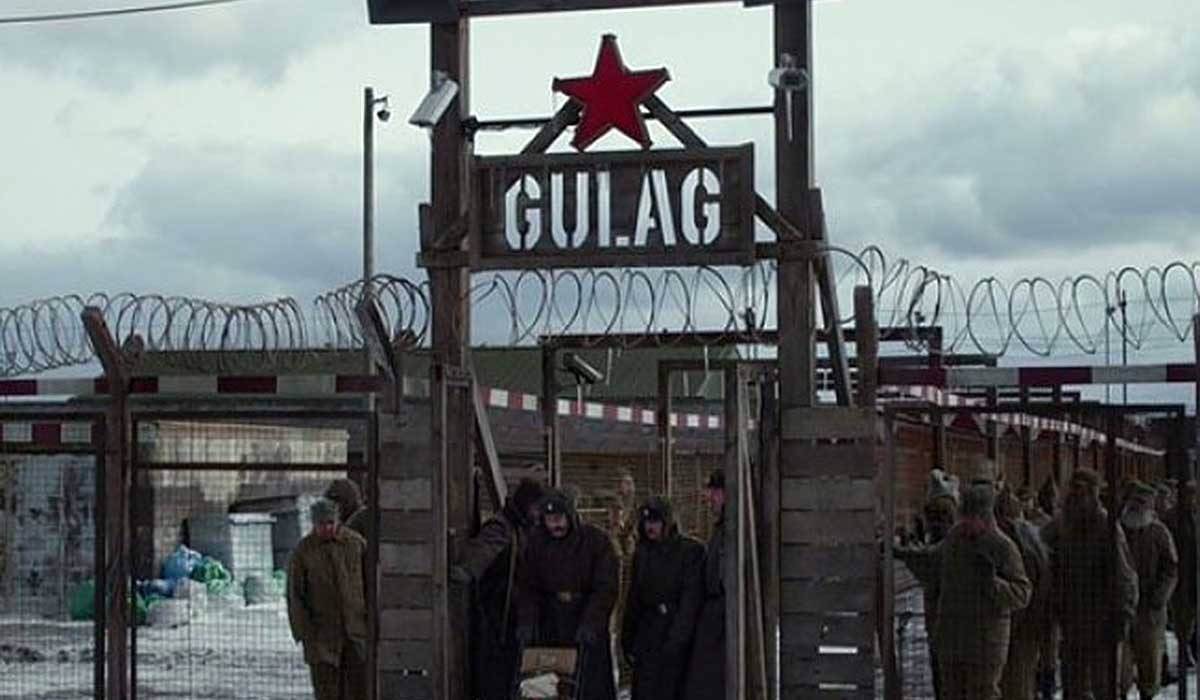 The British Government is the love child of Pokémon and 1984.

Less than 48 hours after three British men were charged for sharing memes, the UK judiciary has boosted its collection of nationalists by charging four more. On this occasion, the special powers of the four unfortunates consisted of an ability to place pro-White stickers around a university campus.

An investigation was launched by West Midlands Police after National Action branded stickers containing extreme right-wing material were found posted at Aston University in July 2016. Police have today charged three men with inciting racial hatred in connection with the stickers. Chad Williams-Allen and Dean Lloyd, both aged 26 and from Tantany Lane in West Bromwich, were charged along with Gary Jack, 21, from Heathland Road in Shard End. The trio were charged with displaying written material which is threatening, abusive or insulting, contrary to section 18(1) of the Public Order Act 1986. A fourth man, Paul Hickman, 37, from Norrington Road in Northfield, was charged with possession of multiple copies of two National Action leaflets with a view to the material being displayed or distributed.

The origins of the ‘inciting racial hatred’ clause of the Public Order Act, the legislation under which the men have been charged, are interesting. Efforts to produce an Act of Parliament of this type had been ongoing since the immediate post-war period when, following the bombing of Jerusalem’s King David Hotel by Jewish terrorists in 1946, Jewish delegates attempted to pass a resolution “outlawing anti-Semitism” at that year’s annual Labour Party Conference. The badly mangled corpses of a number of British sergeants, booby-trapped by the Irgun and placed on display, deprived the Jewish contingent of sympathy and the motion failed. They tried again in the House of Commons in 1948, and failed again. In Race Politics in Britain and France: Ideas and Policy Making Since the 1960s, scholar Erik Bleich notes that “during the late 1950s and early 1960s Jewish groups sought laws against anti-Semitic public speeches made during this era, but there is little evidence that this pressure achieved substantial results.”

So they switched tactics. Instead of aiming for a law specifically protecting Jews, they would renew their efforts by attempting to achieve a more general law against ‘group libel,’ protecting themselves and Britain’s new non-White minorities from criticism. At first, they attempted to do this via the nation’s libel laws. In 1952 Jewish M.P. Harold Lever, introduced a Private Members’ Bill modifying Britain’s libel laws for the first time in over fifty years. Lever’s efforts were later mauled by a hostile Parliament to such an extent that by the time his Bill became an Act of Parliament, his provisions were not extended, as he and his colleagues had hoped, to cover groups. Britain’s first legislation containing any such provision as prohibiting ‘group libel’ was introduced in Parliament by Frank Soskice, the son of David Soskice — a Russian-Jewish revolutionary exile. In The Commission for Racial Equality: British Bureaucracy Confronts the Multicultural Society, scholars Mark Donnelly and Ray Honeyford state that it was Soskice who “drew up the legislation” and “piloted the first Race Relations Act, 1965, through Parliament.”

They moved even closer in 1985, when M.P. Harry Cohen introduced a “Racial Harassment Bill” to Parliament. Cohen’s attempt failed because due to lack of parliamentary time. The following year, Cohen made a second attempt, which again failed due to resistance in Parliament. Ultimately, the ‘racial clauses’ under which the four men named above have been charged were never put to a democratic vote. The ‘incitement to racial hatred’ clause was slipped in with stealth. The Public Order Act had been initially introduced to Parliament by the now-deceased Jewish M.P. Leon Brittanisky (re-named Leon Brittan) and given significant support by Malcolm Rifkind, a descendant of Lithuanian Jewish immigrants. It was a clever piece of work. Brittan’s team had been tasked with drafting a White Paper on Public Order to deal with a series of miners’ strikes and demonstrations. Although issues of race were not remotely related to the events provoking the White Paper, Brittan saw that the government was eager to pass legislation restricting the miners as soon as possible and, sensing that the wide-ranging and hastily-required bill would endure little opposition, he ensured that additional elements were included, such as the criminalization of “incitement to racial hatred.” It is Brittan’s clever little addition, Britain’s first systematic ‘hate speech’ law, which continues to cause problems for vocal racial nationalists in Britain today. It was later expanded to protect religious and sexual minorities, extending the ‘Social Justice State.’

Only White Speech Is Hate Speech

One curious aspect to this supposedly universal piece of legislation is that it only seems to apply to Whites. I’m no friend of homosexuals, but a case involving Muslims disseminating anti-gay stickers (in much the same fashion as our four charged British nationalists) is instructive in terms of the bias against Whites inherent in the British justice system. A 2011 report in the Telegraph states that:

In February this year, dozens of stickers appeared across Tower Hamlets quoting the Koran, declaring the borough a “gay-free zone” and stating that “verily Allah is severe in punishment.” The Sunday Telegraph has learned that during a routine stop-and-search at the time police found a young Muslim man with a number of the stickers in his possession. He was released without charge on the advice of the Crown Prosecution Service. Police also had CCTV images of a second unidentified Muslim youth posting the stickers at a local railway station, but refused to release the pictures for several weeks.

Shortly afterwards Scotland Yard did nothing while Islamic extremists, including a token White ginger convert, stickered half a London Borough with labels declaring a ‘Sharia Zone’ that would “be enforced.” As a tongue-in-cheek response, National Action placed ‘Nazi Zone’ stickers around Liverpool. 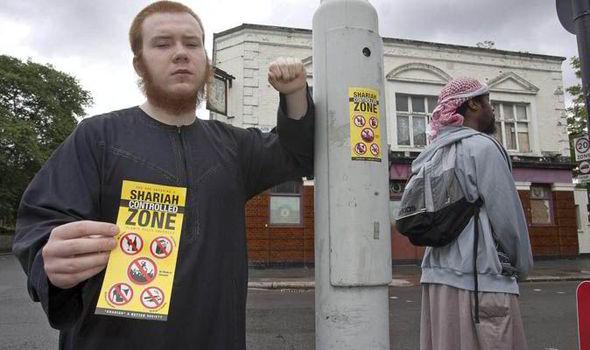 A media-stoked mass panic and outrage ensued, and within weeks police had arrested a man “on suspicion of possession of racially inflammatory material which is intended or likely to stir up racial hatred and publishing or distributing written material which may stir up racial hatred.” A local politician waddled out of his hole long enough to inform reporters that “We must unite against this politics of hate.”

For those that fall foul of Leon Brittan’s legislative sleight of hand, the future is bleak. Even the London Court of Appeal recently admitted that prison sentences passed down for breaking Britain’s speech laws can be “manifestly excessive.” ‘However, ‘excessive’ doesn’t quite cut it when trying to explain the fate of Kevin Crehan, who was sentenced to a year in prison under Brittan’s hate speech law after leaving a few slices of bacon outside a mosque. Crehan died in prison under circumstances that the British government still refuses to explain.

As the Muslim population of Britain’s prisons swell in the wake of numerous terror and child sex cases, the non-Muslim population has been forced to form gangs for protection. The Express has reported that White gangs “began operating after extremist Muslim prisoners began assaulting other inmates.The news comes after an ex-soldier was allegedly “beaten to within an each of his life” in prison. Former paratrooper Craig Jones was beaten by a gang of eight Muslims who were reportedly linked to a terror attack.He was set upon in his cell during the “major incident” at Hewell prison in the West Midlands on January 9. Meanwhile, in March, a top barrister warned the UK prison service is at breaking point over religious bullying.”

A prison is a kind of microcosm of a society under pressure. Pressure is building across Europe and America, and a breaking point will come. When it does, anyone not in the right ‘gang’ will be vulnerable and exposed. Join us.