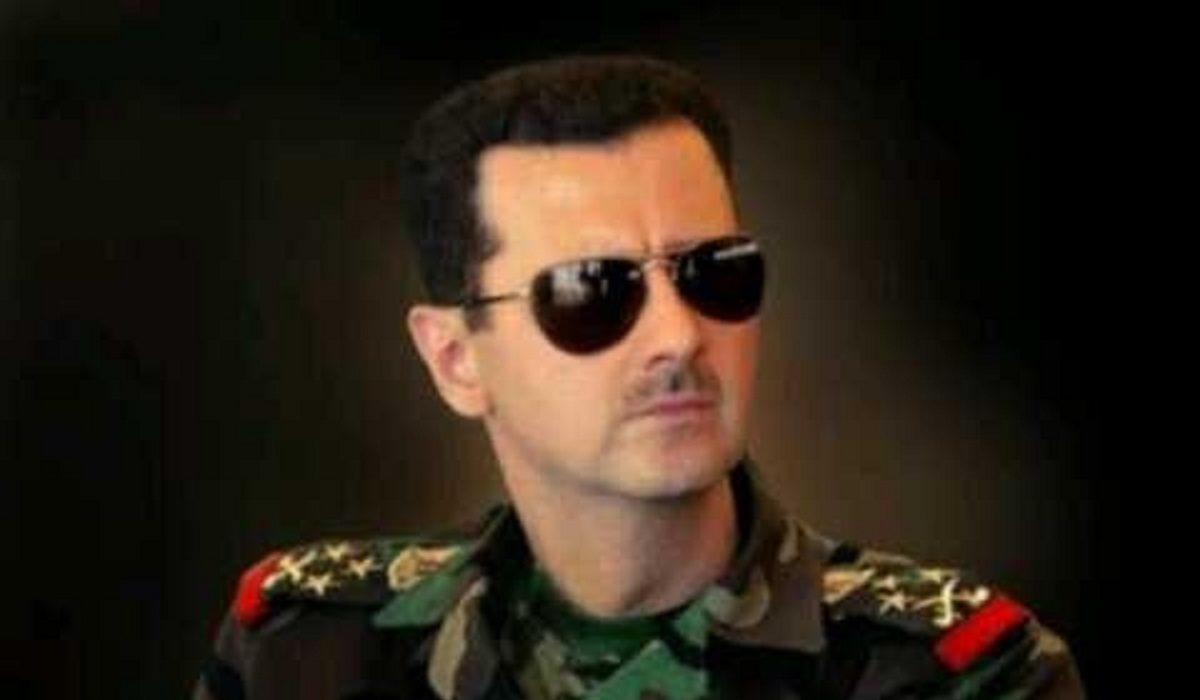 Assad did nothing wrong and here's why.

Recently, in a publication called The Intercept, Mariam Elba pondered the question, “Why do White nationalists love Bashar Al-Assad?” She arrived at some interesting conclusions. Ultimately, I’d say she was close but no cigar. She gave it the ole college try though. This goes out to all you Fake News media outlets out there, maybe the next time you have a question about the Alt Right, why not just ask us why we believe what we believe? It seems like that would be a lot easier than attempting to construct a narrative based on sources who do not have a clue what is going on but I digress… Let’s examine her preconceived notions about what she thinks we believe, shall we?

We are brain-washed by the Syrian government

The first explanation that Elba offers up to her readership is that the Alt Right has been duped by Syrian propaganda:

There’s a simple explanation for how the American far-right became curiously infatuated with the Arab totalitarian leader: Their hearts were won over by the Assad family’s years-old propaganda campaign at home in Syria. Assad’s authoritarianism uses the same buzzwords as the far-right to describe the society he’s trying to build in his own country — a pure, monolithic society of devotees to his own power. American neo-Nazis see Assad as a hero.

Now I don’t know about you fellow reader but I can only speak for myself, I have never seen any Syrian propaganda before in my life (though now I’m curious). However, I have seen endless amounts of anti-Assad propaganda from the Fake News mainstream media here in the United States. Where to begin?

“Assad has weapons of mass destruction!”

“Assad is a threat to democracy!”

“Assad is literally gassing his own people!”

I could go on but the message is clear: Assad is a big evil Bogeyman and the United States has to take him out. Where have we heard this narrative before? Iraq. After the Iraq War, let’s just say I am a little skeptical of this narrative. Also, how do we know that replacing Assad will be better for Syria? Look at Iraq, Libya, and Afghanistan. Arguably, these countries are now worse off than before our intervention and nation-building.

Based on what we are seeing, we see that Russia and Syria are trying to fight ISIS and that sounds like a noble mission to me.

We are not brain-washed by Syrian propaganda, we are burnt out on Fake News propaganda.

We want a “healthy” and “homogenous” society

Notice the scare quotes from Elba.

Assad’s vision of creating a “healthy” and “homogenous” society is what white nationalists have aspired to create for themselves. We don’t need to look as far back as Hitler’s Third Reich to see what their world vision could be. We only need to look at Syria today.

“Healthy” and “homogenous” sounds scary. I know when I think of “healthy” functioning democracies, I think of multicultural “paradises” like South Africa, Afghanistan, and Brazil. She’s not wrong in saying that we want those things. We in the Alt Right do want ethnically homogenous and healthy societies. However, to want such a thing means that you are literally Hitler which is a nice way of saying you are pure evil.

We do want a healthy and homogenous society but we could really care less if that’s what Bashar Al-Assad wants for Syria. Wanting to preserve your own ethnic group is not evil either. It’s a perfectly normal thing to want.

We are puppets of the Russians

You can’t have an article kvetching about the ascendant American right-wing without invoking that it is all some secret Russian conspiracy.

Alexander Reid Ross, a lecturer of geography at Portland State University and author of the new book, “Against the Fascist Creep,” said Assad is a figure that is central to a realization of “Eurasianism.” The notion “holds that Russia will lead the world out of a dark age of materialism and toward an ultranationalist rebirth of homogenous ethno-states federated under a heterogeneous spiritual empire,” Reid Ross said.

In other words, the Assad dynasty, with the strong backing of Vladimir Putin’s authoritarian state in Russia, is the Middle East’s leading force toward creating a society that is spiritually, socially, and politically “pure.” Cosmopolitanism, with diversity in political thought and social identity, is an obstacle for those aiming to realize this vision.

Not wanting to have your countrymen killed off in war means that you are a Eurasianist shill and tool of the Kremlin. OF COURSE! While the works of Alexander Dugin do make their rounds in our circles, I can confidently say that the Russians are not paying us to undermine the US government. For anyone who has read Dugin, to be a “Eurasianist” means to belong to this global coalition of both left-wing and right-wing forces who are opposed to “Atlanticism” which is what Dugin calls globalism. So whether you are an ally of the Russian government or you wish to remain neutral or isolationist in regards to globalist interventions, you are a de facto member of this Eurasianist coalition. So that means folks like Assad, Hezbollah, North Korea, Russia, Syriza and Golden Dawn in Greece, Vlaams Belang in Belgium, le Front Nationale and le Nouvelle Droite in France, Ron Paul, Pat Buchanan and the Alt Right are all part of this Eurasianist coalition because we are all opposed to globalism in some way or another. Globalists are just so drunk on their own Kool-Aid that they cannot possibly imagine that there are people who are opposed to their deracinated, morally degenerate, multicultural Hellish vision for the future of the world.

Here’s the real reason why we support Bashar Al-Assad

The Alt Right believes in the sovereignty of peoples and we recognize that Syria is a sovereign nation and that Bashar Al-Assad is their rightful ruler. We do not have the authority to tell other people in other nations how to live their lives. We believe in a multipolar world and do not want to see the “McDonaldization” of the entire planet to make the rest of world look like New York City. Most White Americans do not even want their own country to be a multicultural degenerate Hellhole so why would we wish that on the rest of the world?

Most of the Alt Right used to be in the Ron Paul movement back during his campaigns in 2008 and 2012. One of the key elements of Ron Paul’s campaign was a foreign policy of non-interventionism meaning we should only go to war in self-defense and we should mind our own business. Many in the Alt Right are also veterans who served in those wars and now see what has become of our reckless foreign policy.

After the failed wars and beginning to examine the racial issues back home, many of us decided to do some research about what the heck is happening to our country. We began to look closer at American foreign policy and began to notice one too many coincidences. We all read the brilliant work of Kevin MacDonald. We began to see that this globalist foreign policy was not in the interest of White Americans. All these neoconservative wars overseas were to advance the geopolitical interests of Israel and Zionism.

We want a foreign policy that represents the interests of our people. The best foreign policy for White Americans, and for the rest of the world, is a policy of America First – not neocon globalist wars and nation-building. We can co-exist in a multipolar world with people who we disagree with as long as they live on their side of the planet and mind their own business. If they can mind their own business and we can mind our own business, then we can have peace. The Alt Right is the religion of peace. So long as our government is trying to destroy the lives of people all across this world, we will protest their actions.

TopicsAssadsyria
Share on FacebookShare on TwitterShare on RedditShare on VKontakte