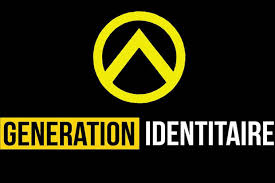 Time to go the GI route.

The folks over at Generation Identitaire have been putting in some amazing work for the cause over on the Old Continent.

In many ways, the Alt-Right was a conscious attempt to copy the Identitarian movements of Europe. We did such a good job that in many ways we outstripped the home continent in terms of our dynamism and our success.

That being said, we never rented out a boat to actually take to the seas and stop rapefugees, which really raised the bar for Identitarian activism, I must admit. I suppose the equivalent would be us forming Right Wing Border Patrols along the southern border…all in due time, guys, all in due time.

We also developed a habit of speaking much more openly in the American Alt-Right because ostensibly there are no hate speech laws in the United States.

Charlottesville was a learning moment for us all.

But there are yet more lessons to be learned from the Identitarians in Europe.

They produce great content that always serves as a White Pill. Meanwhile, we have been lagging behind in this department. Videos like that, with the Fashwave filter, tough-looking guys and hot-looking girls are exactly what we need to start producing as well.

Also, GI is known for using small and vetted groups that do flash mob style demonstrations. These guerilla tactics work when the State and hostile groups like Antifa are against you. Post-Charlottesville 2.0, that’s exactly the situation we find ourselves in. We will also have to start relying on these tactics. In fact, we already have experience with them. Our first Charlottesville tiki-torch rally was a massive success and a well-performed guerrilla operation at that.

It seems that we will have to go back to these tried and true guerilla tactics. We will focus on our pre-vetted cadres just like Generation Identitaire does in Europe as well.

Keep in mind that in less than a year we went from being a think tank to a street movement. That’s remarkable to say the least. And we will only continue to grow in organization and numbers as time goes on. Most importantly, we need to go local, branches need to start organically springing up and community presence needs to grow.

Also we will have to start designing a symbol that works for us. Swastikas are a bad idea, and there is ample reason to believe that those flying them are either dumb or plants to discredit our movement.

And waving the American flag is all well and good, but it comes off as incredibly cucky when you consider that the State is hostile to us.

Our own flag would be much better. I humbly submit an idea for a simple “North Star” flag. The North Star would symbolize the Global North that we are all a part of against the Global South.

We’ve got some simple steps ahead of us. The coming months are sure to be eventful and we must be prepared.

Charlottesville is over, lads. Time for a reboot, a revamp and a redoubling of our efforts.