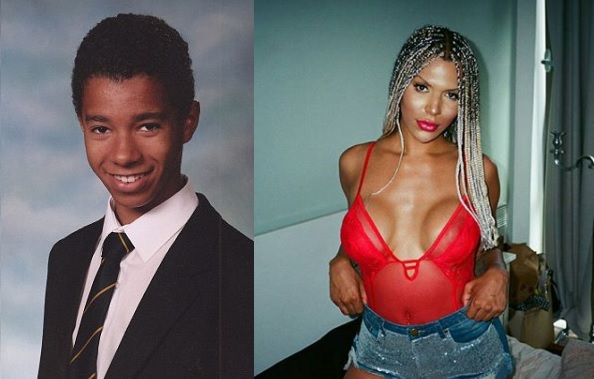 L'Oreal faces backlash from SJWs for firing a black transgender model after discovering his anti-white rant on Facebook.

This is what happens when you let mentally-ill people out of the room with soft walls and give them a wide-reaching platform in normal society.

A mere 48 hours after being hired among liberal fanfare and teary outcries celebrating “the face of modern diversity”, biracial transgender DJ and UK “model” Munroe Bergdorf was fired for an anti-white tirade he made on Facebook shortly before clinching a position in L’Oreal’s #allworthit campaign. He has since deleted his original post, but naturally the Internet never forgets:

“Honestly I don’t have energy to talk about the racial violence of white people any more. Yes ALL white people.
Because most of ya’ll don’t even realise or refuse to acknowledge that your existence, privilege and success as a race is built on the backs, blood and death of people of colour. Your entire existence is drenched in racism. From micro-aggressions to terrorism, you guys built the blueprint for this s***.
Come see me when you realise that racism isn’t learned, it’s inherited and consciously or unconsciously passed down through privilege.
Once white people begin to admit that their race is the most violent and oppressive force of nature on Earth… then we can talk.
Until then stay acting shocked about how the world continues to stay f***** at the hands of your ancestors and your heads that remain buried in the sand with hands over your ears.”

I would’ve been clutching my head in pain from the mind-numbing stupidity and hatred emanating from this rant had I not heard similar speeches and outbursts being mostly ignored on social media and in colleges over the past year. From Black Lives Matter demanding white people literally donate their property to blacks, to social justice orca Ashleigh Shackelford claiming all white people are racist demons, I’ve since become deadened to these deranged dindu diatribes.

I do want to point out that Munroe Bergdorf’s (real name: Ian) rant is particularly illogical and infuriated the majority of normies in comment sections because he offers no real solution to his buttache, does not even make an attempt to hold out a hand in the possibility of a resolution. No, his goal was simply to fan the fires of the establishment’s anti-white jihad by labeling all white people the “most violent and oppressive force of nature on Earth”, and claiming that racism is “inherited consciously or unconsciously” (gee, that narrows it down!) and passed down through “privilege”. Sure, at the end, he not-so-graciously adds that he’ll “allow us to talk” after we admit that our ancestors and heritage and every white creation ever, from public sewer systems to Beethoven’s No. 5 concerto, are drenched in the blood of innocent brown people – but then what?

At this point, the left-leaning normie instinctively cries out and pleads: “What can we do to make the bad feels go away, oh brave black man in a dress so oppressed by English colonialism? Tell us how we can make this white guilt cease so we may live together in multicultural harmony!”

Of course, we realize there is nothing that we can do, not even eternal self-flagellation would satisfy the extreme Left’s lust for power and gibs. There is no arguing with people like Bergdorf, no compromise, and this is what crossed a boundary with many readers. Normies of all backgrounds are generally misguided but good-natured, and wish to reach agreements that require only a moderate amount of cucking. The idea that one’s entire race is inherently evil from birth and there’s nothing to be done about it, no matter how low you debase yourself, does not fly.

What did surprise me in this case is that the Daily Mail picked up on Bergdorf’s Facebook bile, published a detailed article on August 31st, and within a day, L’Oreal fired the model, deleted their Youtube video spotlight of her on the morning of September 1st (can still be viewed here), and issued a public statement on Twitter and on NBC news:

“L’Oréal supports diversity and tolerance towards all people irrespective of their race, background, gender and religion,” the statement read. “We believe that the recent comments by L’Oréal Paris UK Spokesperson Munroe Bergdorf are at odds with those values, and as such we have taken the decision to end the partnership with her.”

While I certainly don’t consider L’Oreal to be a beacon of morality and truth, and the rightness in their decision to fire a person for expressing their opinion, albeit an overtly hateful one, is up for argument, it’s difficult for me to feel sympathy after the relentless attacks and censorship the Alt-Right has survived in the past month. Still, I do hope L’Oreal does not cower and cave to the screeching social justice warriors now claiming the brand is defending white supremacists.

Good to know that you're on the side of protecting and preserving white supremacy, @Loreal. https://t.co/TQViqOXXXX

Could L’Oreal be the new symbol of white supremacy? The next best thing since milk and white polo shirts? Joking aside, in the meantime the usual liberal outlets are in damage control mode, not willing to let go of their disgraced champion of diversity. The fat feminist rag Revelist, published an article deceptively titled: “Loreal fired this transgender model for speaking the truth about white supremacy” arguing that Bergdorf was valiantly fighting against “systemic racism” and that “like everyone in the aftermath of such violence and hate, she was angry and her tone was sharp, but all people see in her statement is truth.” I’m not sure what “people” they are referring to, since 90% of comments to the article agreed with L’Oreal.

Another noteworthy opinion piece defending the uppity half-Jamaican man with fake breasts is this one, published in The Independent, and written by Otamere Guobadia. Photo of the author below: 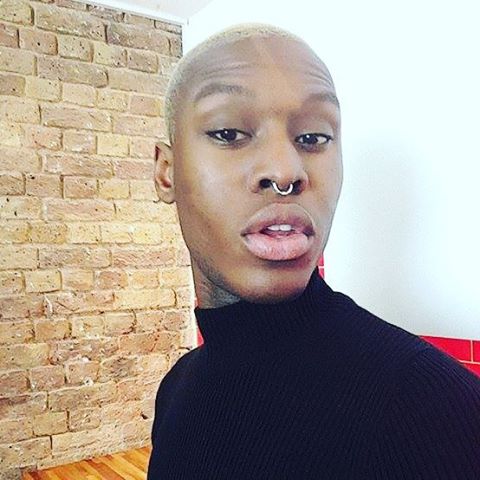 I think that image is all we need to accurately predict the direction his article takes. That, and the fact the only other article attributed to him is written back in 2014 about Ferguson, claiming that the famous verdict “is part of a long-running genocide of black men in America.” Riiight.

“There is a painful irony in the right wing media’s paradoxical obsession with protecting hate speech and dehumanising alt-right rhetoric, while orchestrating vicious takedowns of young, up and coming people of colour who dare be vocal about their plight in a white supremacist society.”

I don’t think Otamere Guobadia needs to worry too long about the UK being a “white supremacist society.” Looking at current birthrates and immigration trends, with any luck, in a couple of decades, he’ll be having lots of fun living in a Sharia-dominated society instead.

At this point, with social media still in an uproar, it is hard to tell what will be the end of Munroe Bergdorf’s plight with L’Oreal. He is currently rallying his followers to boycott the cosmetics brand. And although I prefer all people to be allowed to voice their opinions without incurring harsh bans and financial losses, I must admit that after weeks of enduring frenzied Antifa tearing down monuments in the United States and Marxist professors penning articles about the need to erase whiteness, even to rewrite the national anthem, it’s a tiny victory to see that some corporations are turning up the heat against those propagating the most blatant anti-white hatred. And it seems that not even a black tranny has enough “privilege” to evade the consequences of his actions. Verdict: #notworthit.

Topicsanti-whitecensorshiplgbttrannies
Share on FacebookShare on TwitterShare on RedditShare on VKontakte