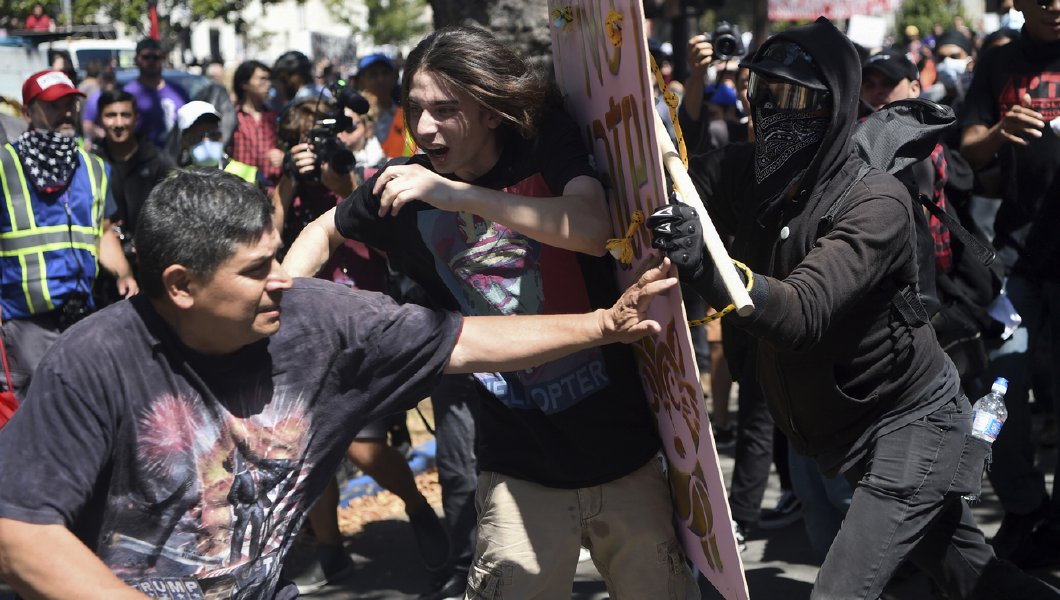 The Police Are Militarizing Against The Alt-Right

Berkeley was yet another disgusting betrayal by the police.

But it’s true, the police are militarizing.

The move rescinds limits on the Pentagon handouts that were put in place by President Barack Obama in 2015 amid a national debate over policing touched off by a spate of high-profile deaths of black men at the hands of the police, including the shooting death in 2014 of 18-year-old Michael Brown, in Ferguson, Mo., by a white officer. Some local residents viewed police use of military equipment during the ensuing protests as an unnecessary show of force and intimidation.

Leftists mistakenly thought that all that military gear would be used to smash their favorite Diversity pets. That’s why they were against it back in the day. But under Obama, the police stood down and let the Blacks riot. Antifa riots have been allowed by local law enforcement to go on without a hitch. We can’t have a space to protest, but they can have entire cities to destroy.

So forgive me if I am not enthusiastic about coppers getting even more hardware. 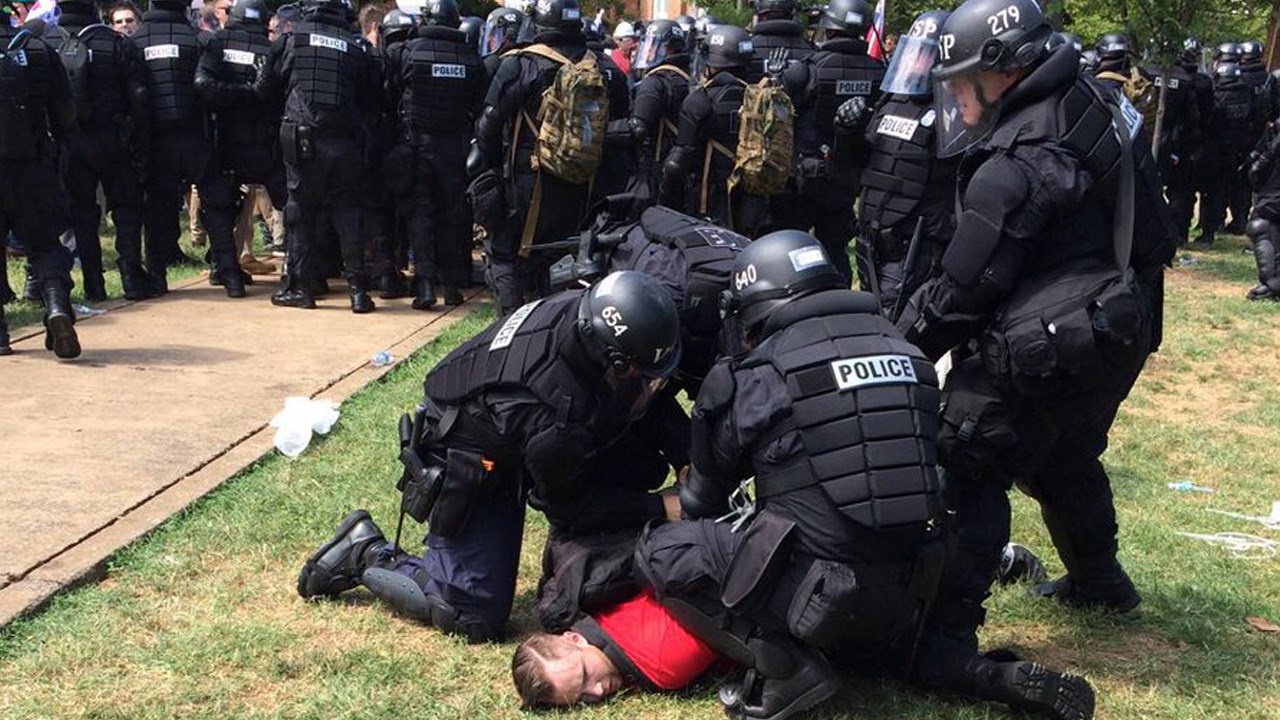 Worse, I cannot stand the hypocrisy of any side except ours on this issue. Old school liberals are worried about civil liberties, but cannot figure out the correlation between Diversity and crime, balkanization of society and militarization of the police.

The cuck right wants law enforcement to “do its job” and deny the Alt-Right the right to free speech. I mean look at these faggots turn tail and run instead of doing their job at Berkeley, again.

Those rally-goers weren’t even Alt-Right, they were not even Alt-Lite from the looks of it. And the police let Antifa exercise a Heckler’s veto first and then turned them loose on the demonstrators who were severely outnumbered and had to run for it.

Don’t get me wrong, the Alt-Right has no beef with authority being exercised judiciously and proportionately.

But we have to consider RealPolitik first and foremost. Who does the police enjoy going after? The “Nazis” that the media will praise them for bashing, or the Blacks that they will be crucified for putting down?

For the first time, the Washington Post wrote an article condemning Antifa’s criminal behavior at Berkeley. 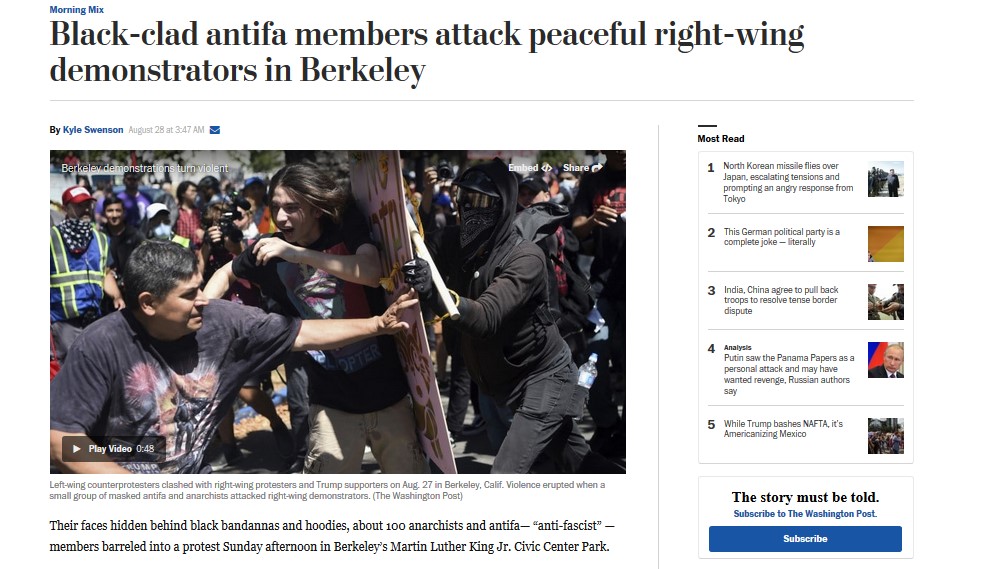 The MSM has been covering for the Bolsheviks for quite some time now. Now, they’re trying to hedge their bets…

And here’s a funny quote from the story:

Joey Gibson was among the right-wing activists assaulted Sunday. Gibson, the leader of the Oregon-based Patriot Prayer group, had planned to hold a “Freedom Rally” at Crissy Field Beach. Gibson previously told the L.A. Times his group was not “white supremacist” but “feared that extreme or racist figures might try to co-opt his event.”

Joey got roughed up, AND cuffed by the police…for his “protection” I assume. So how did counter-signaling the Alt-Right go for you, Joey? Not too well, eh? Black-clad anarchists sporting shields with “no hate” written on them in glitter (seriously) shut down their free speech rally, just like that. It’s all so Avante-Garde isn’t it?

In all seriousness though, we face a new reality in the United States after Charlottesville, Boston, and Berkeley 2.0.

No right-wing group can rally peacefully without their own paramilitary protection. The police will do ABSOLUTELY NOTHING to protect you from Antifa if you are in a blue state or liberal city. You are going to be fed to the wolves by your friendly local law enforcement.

The only group out there capable of providing protection for the Right is the Alt-Right. Identity Evropa, Trad Workers, Vanguard America, Stormer Book Clubs and others are the only groups who can go toe to toe with Antifa and win.

We’ve proven that many times already.

Our only mistake was trusting the police the last time around.