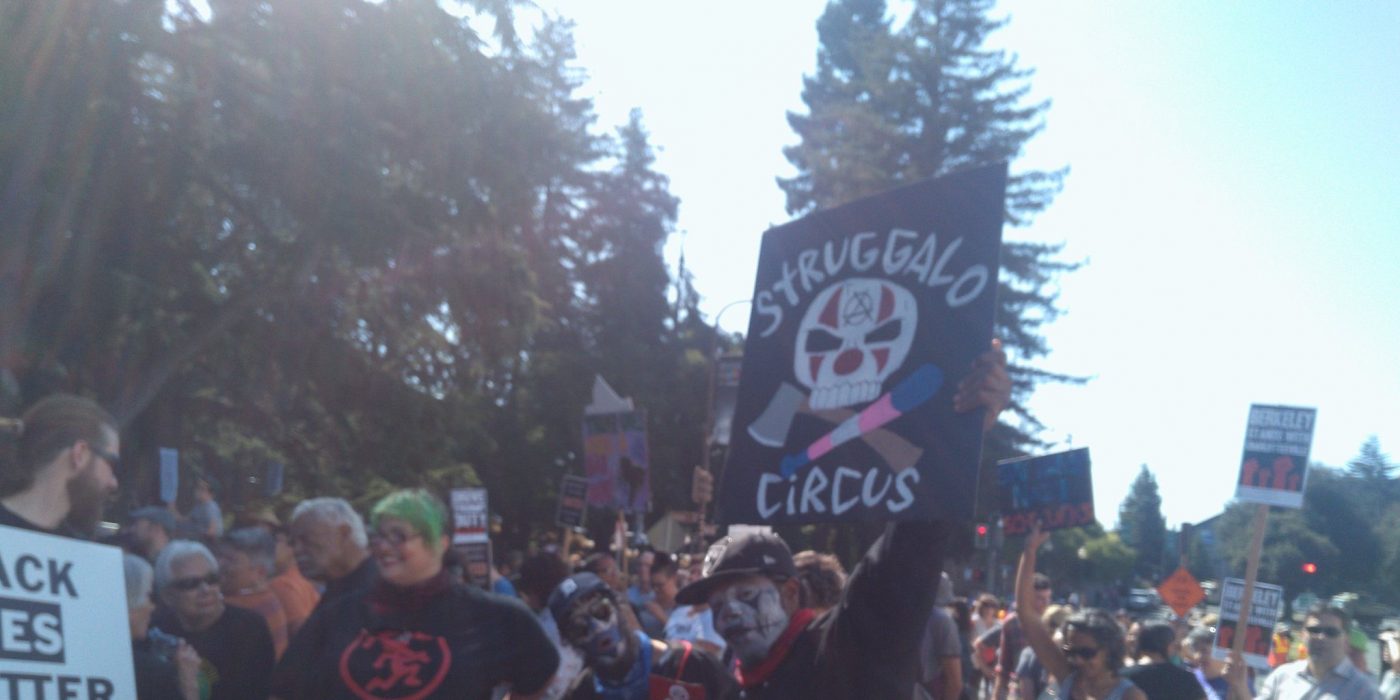 The Juggalos And The Alt-Right Are Going To Throw Down

We live in clown world.

The Juggalos are marching. They’re coming to Washington, DC to protest being labelled a criminal gang by the FBI and The Mother of All Rallies is happening on the same day in the same place.

Apparently, some of those Juggalos want to fight the Alt-Right.

So who are the Juggalos?

It pains me to have to explain this, but let me try.

They’re what you get when the sociopathic elites of our society use their noblesse malice to send all the jobs away to China and Mexico, force Diversity on poor Whites, strip those poor Whites of any positive White Identity and then let it all fester for 50 years.

The Juggalos exhibit all the signs of a proto-tribe. They’ve created their own bizarre subculture with weird traditions and rituals to differentiate themselves and keep outsiders at bay. They have their own sub-community and even a quasi-religion. Being a Juggalo is a way of life. It’s an attempt by forgotten Whites to create a tribe, whether they realize it or not. Doing it in a healthy, positive, race-affirmative way is not possible anymore, the brainwashing is too deep. So they can only do it by engaging in self-destructive behavior.

But they aren’t picking a fight with us, despite the people trying to meme this into reality. The reason for this is simple. We are not going to the rally on the Mall on that day. The MOAR rally is not affiliated with us.

Look what the organizers themselves wrote about the event:

Event Detais:  Opening ceremonies will begin at 11 am EST at the north end of the Mall, near the Washington monument. Keynote speakers include author Hamody Jasim, Marco Guiterrez founder of Latinos for Trump, and congressional candidate for California Omar Navarro.  The band Madison Rising is the featured performer.  Panel discussions on a number of hot topics are also planned and much will be happening throughout the day and evening.  There will be no admission charge for any of the events.  Further details will be disclosed as the target date nears. We are uniting in honor of the United States of America; all people regardless of race, religion, sexual orientation, age or political affiliation are invited.   We are gathering to support our President and our country.  We the People, as one Nation under God, invite you to set aside differences and rally with us.

Doesn’t sound very Alt-Right to me.

Meanwhile, the Juggalos are also apparently anti-racist and anti-confederate…sort of. Mostly they are apolitical, unless you call wanting to legalize hard drugs and wanting to not be classified a gang by the FBI a political platform.

That is what I used to think anyway. Then I read this article by the Daily Dot.

It’s easy to make fun of Juggalos, the oft-misunderstood fans of clown-painted rappers Insane Clown Posse, but some on the left are embracing them as a line of defense against white supremacy in the U.S. The Juggalo March on Washington, a protest against the government’s classification of Juggalos as a gang, will take place at the National Mall on Sept. 16, the same day as the pro-Trump “Mother of All Rallies.” There’s no love lost between the two sides.

“Let’s make sure we make more noise than those bitch Neo-Nazies, am I right? whoop whoop,” one poster wrote on the Juggalo March event page, which is full of communist and working-class Juggalo memes. It’s possible that internet socialists are the ones pushing the meme that Juggalos are the new communist vanguard, but the response on the page is mostly positive.

And, to some, Juggalos have always been “woke,” so it comes as no surprise that they would take a stand against the alt-right, the loosely affiliated conservative wing that harbors white supremacists.

And ICP have already burnt a Confederate flag on stage, so their credentials to fight the people who enjoy statues of Robert E. Lee are impeccable.

The natural overlap between working-class Juggalos and the internet’s Democratic Socialists is strong—the two groups could unite to become brothers in the “struggalo.” Many on the left are already expressing their optimism about ICP fans as allies.

Apparently dressing up like a clown and running around with hatchets, high on meth and morbidly obese is morally superior to simply being pro-White…Guys, what is going on here? This is Mad Max tier. Will it really come down to us fighting clowns high on meth in some sort of Akira-like dystopian future?

We’ve already got the Cyberpunk-esque shut down of free speech by Corporations in full swing. Now all we need is a major metropolis and roving gangs of killer clowns to really make it come together.