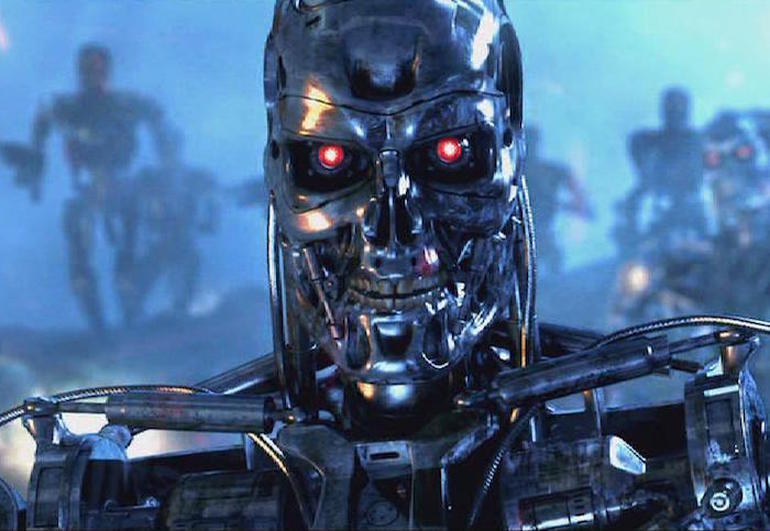 The Left is the biggest supporter of White Identity. We'll be sure to properly thank them all when we're in charge.

I watched Terminator 2: Judgement Day for the first time this weekend. I went to a converted palace movie theater and I couldn’t believe how well that movie had aged. It was simply fantastic. But my heart was troubled because I knew that the Terminator was actually a massive cuck IRL.

If you don’t know, the Terminator himself has disavowed us. He called us Nazis and virtue-signaled his heart out.

Arnold has had a falling out of grace in recent years because of some affair he had with his goblin-like housemaid. 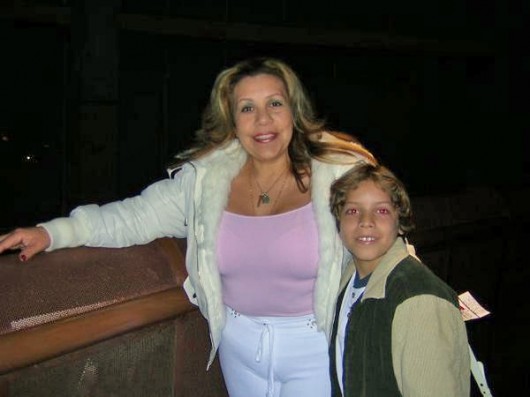 For the record, I was on his side when the scandal came out. Believe it or not, I had met the Shriver family several times and had always heard the rumors about how terrible they were. I figured that Arnold had married a stone-cold bitch to have a political career and now was suffering day in and day out for his political ambitions.

Despite me quietly siding with the Terminator, he still turned on us.

But then, what should we have expected? The entire system is against us. Arnold simply hasn’t been reprogrammed yet by John Connor and he also probably thinks that this will somehow salvage his damaged reputation. For the record, him having an affair with his housemaid never bothered me, but his craven cucking did.

Like most politicians, Arnold seems completely oblivious to the direction that this country is taking. In that sense, we are like Sarah Connor, obsessed with a future date where we know calamity will strike. Unlike Sarah Connor though, we look forward to it. If you don’t remember Terminator 2, Sarah Connor runs around trying to warn people and prepare for the day that Skynet goes live. No one believes her, and she gets put in a psych ward under the watchful gaze of a Jewish psychiatrist.

But there are increasingly people not in the Alt-Right that seem to understand what is coming. The funny thing is that they know that they are engaging in CrimeThink when they start analyzing the situation though, which makes it so difficult for them to come clean, even to themselves. They’re afraid of being put in a psych ward themselves.

Check out this interview that Michael Savage had with David Markus. I think it will go down in the Virtual Libraries as an important document that summarized the zeitgeist of the times. It’s about an article he wrote about anti-White rhetoric fueling White Nationalism. Listen to David stutter and stammer:

He says that White men are increasingly under fire from the Left. White men are then reacting to this propaganda with hatred for those that hate them.

Savage gets right to the heart of the matter and asks David if he thinks that the situation will improve.

Savage: “If you continue to villify and marginilize poor White men, where do they end up going?”

David: “I think they end up in the Alt-Right.”

The Left isn’t backing down and instead of kicking the anti-White rhetoric into high-gear. And if Whites are starting to react with more and more anger to the rhetoric, then White Nationalism will continue to rise. So where does this train of logic lead?

Well, it leads to the Aryan Skynet of course. The date that the tipping point is reached, the anger accumulates, the switch is finally flipped and White consciousness comes bursting out onto the scene.

David certainly seems worried about the developments following Charlottesville, and he isn’t the only one. There are still a few clever moderates and people on the Left that see the writing on the wall, they may not know the exact date when it will happen like Sarah Connor did, but they haven’t taken leave of their logical faculties like the mainstream lynch mob has.

They’re worried because they’re not Alt-Right and they see that Antifa, the Liberals, the non-White identity groups are creating a “monster”. And the best part is that they are starting to sense that they can’t even stop it at this point. Because the anti-White mob keeps on marching forward, getting more and more shrill and bloodthirsty as it goes along. Meanwhile, these clever moderates are so afraid of even stating the problem (listen to David stutter) that it really leaves little doubt in the listener’s head of what’s coming next.

The last dialogue is fascinating:

Savage: “When are we going to have the left stop this racial hatred towards white males?”

David: “I-I-I don’t know. I-I-I-hope that it stops. I don’t see any evidence that it will. I will say to those of us on the Right, don’t pick this bait. A-A-A-As awful as this rhetoric is, *sigh* we need to respond in a positive way.

Powerful words. Fills me with confidence, I don’t know about you. And Arnold’s old wrinkly body stuffed in that “Terminate Hate” shirt certainly sends a chill through my spine as well.

But since we aren’t afraid of stating the obvious here on the Alt-Right, let me go out on a limb here and explain what will happen to David and all the clever, and timid intellectuals out there. The Left will keep pushing because they haven’t encountered any resistance from the civic institutions. They’ll keep accelerating the balkanizing forces that are tearing the country apart. They will eat the moderates alive, and only the far Left and White Right will remain.

After that, someone pulls the trigger, and Aryan Skynet goes live.