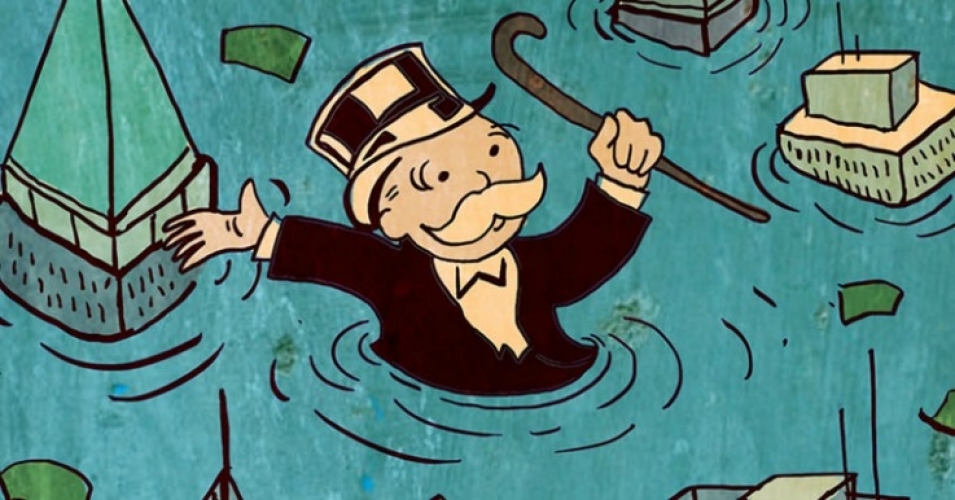 Whites Can’t Compete With Ethnic Minorities In The Free Market

If you don’t have an ethnic minority friend, I suggest you get one. Spending time will them will open your eyes to many things that SWPL society won’t be able to. They’re also wonderfully red-pilled on many topics and won’t rat you out for CrimeThink as quickly as the GoodWhites will. Hell, even Richard Spencer himself is forced to eat at only ethnic restaurants in Alexandria, Virgina. The SWPLs won’t let him into their shops, so Richard has to subsist on a diet of gyros, kebab, and pad thai. The ethnic minority businesses don’t care.

This is, after all, some squabble within the White tribe that doesn’t concern them.

And I’m lucky because I have a ~150 IQ ethnic minority friend who is a full on Fascist and all around real human bean. I’ve realized after talking with him and sharing observations about modern society just how screwed Whites are. See, he brings a fresh perspective that only an outsider looking in can. Because I am a Slav and therefore halfway out of regular Western Huwhyte society myself, we can understand each other very well. And he tells me things about the ethnic minority world that stun me and just make me shake my head and lapse into silence.

I think he gets a kick out of it.

A couple of years ago, my friend decided to get rich. He told me about his plans and in the process started red-pilling me about the true nature of Capitalism in a multicultural society. By relying on his extended familial contacts, the diaspora community, and SWPL society’s trusting nature, he was able to set up an incredible cash cow.

Along the way, he told me about co-ethnics that had done similar and even more impressive things.

A cousin of his got his hands on an emergency vehicle contract with the state of X. Now, X state rarely has anything more serious than a light dusting of snow every 5 years. But because of the obsessive desire of Boomers to bubble-wrap society in the name of safety, the state has to keep vehicles on standby anytime there is a ‘weather advisory’. Yes, the same idiots that force everyone to dress up for war by donning helmets, knee pads and reflective vests for a simple bike ride around the block also passed a lot of laws in X that waste tax dollars and enrich some enterprising market dominant ethnic minorities.

So, every time there is a weather advisory, the man hires some illegal Mexicans, puts them into some rental trucks with those yellow lights screwed to the top and idles them. He rakes in the dough. And I mean he really rakes in the dough. He’s not even 30, but he’s a millionaire already.

I shook my head and lapsed into silence when he finished telling me the story.

Such a scheme would never even pop into my head. It was clever, don’t get me wrong. But it also somehow felt…wrong.

I finally managed to croak out a reply:

“How did he manage to get the contract?”

My friend was sitting on the bench next to me in the park when he told me this story. There used to be a great playground made out of wood and long metal slides where we sat now. Some kid probably got a splinter and their helicopter parents convinced the park’s department to tear down the “safety hazard” a few years back.

So it was just us sitting there, smoking these cheap Russian cigarettes that I had brought my poor over-taxed American friends as a gift from abroad. If you didn’t know, smoking on the playground is an ancient Russian tradition, and although neither of us are smokers, this was all part of the cultural exchange and so you see, we had to take a couple puffs.

He had a gleam in his eye as he turned to answer me. And I grinned back. I already knew the answer.

“Let me guess, he had a cousin or something working in the State gov?”

They split the profits, naturally.

My friend only started telling me these things when he found out that I was struggling trying to set up my own small business. I ran into hurdle after hurdle, all of them mostly bureaucratic in nature. I had/have no capital, no real experience and struggled to make any progress for about a year.

He decided to enlighten me about the true nature of business.

“You need to have connections,” he told me.

Boy, oh boy was he right about that.

See, while I relied on advice I gleaned from online forums, by the time that this guy graduated middle school he had a master’s degree equivalent of insider business knowledge that trickled down from the diaspora community.

When he was ready to start something on his own, he had all the connections, all the first-hand information and more to make it work. He also knew all the most profitable loopholes to exploit.

And he always wondered why Whites don’t do the same thing.

See, he can just go to a second-degree cousin working in the industry and ask him for insider information worth thousands of dollars. He can ask another diaspora member for help securing a contract with the government. The sheer amount of shenanigans that he can pull just by having these ethnic connections is mind-boggling. He and his people can manipulate the system with ease.

Whites are too atomized and too rule-abiding. Pulling up family members and putting them in key positions to grow an ethnic network of businesses is considered…icky. And no White guy comes up to another White guy and says:

But when those minorities enter White society, they possess an incredible edge over the host population, where you just have a bunch of deracinated individuals scrambling over top each other, cousin vs cousin, brother vs brother, father vs son in a giant rat race.

They stick together, while we slit each other’s throats.

And if you want to open up, say, a small coffeeshop in a college town, you need to take out a loan for $400,000 from the friendly neighorhood bank. Meanwhile, the competition can just ‘crowdsource’ the money from their extended family in the province of Punjab or whatever and split the profits of the venture. They can also rely on family labor. An auntie, a younger cousin, maybe grandma can work the shop. Hell, they can even work 24 hours a day because there’s no such thing as overtime pay within the family.

The Huwhyte will invest significant sums bringing his business up to code. But the clever minority will see a much more cost-effective strategy. They will simply…befriend the inspector. Sometimes they just so happen to be related to the inspector as well.

And when I hear Libertarians spewing their talking points about high-agency Whites and the wonders of the free market, I try not to get too angry. Few of them have ever started a business on their own, and fewer still have had to compete with an ethnic cartel. This is all just theories to them that help them prove how clever they are, because it take a certain level of IQ to read Rothbard or whatever.

But in a free-market, open-border society, Whites lose and they lose big time. This problem will only get worse because at the very least, older generations of White still had large intact familes, connections within the community and time to accumulate capital when times were better. Younger generations increasingly don’t.

And I’m not even making an argument for Socialism at this point because the gibs will simply flow to non-White low-IQ minorities anyway.

No, I am arguing for cartels. At the very least, there needs to be an Alt-Right cartel. We have to help /ourguys/ set up businesses, get hired, get placed in important positions and stop going out of our way to ‘play fair’. It’s the only way to compete.

The non-Whites think like this: me, my brother, my cousin against the world.

While we are too atomized to think in exactly the same terms, we also have an advantage in that we can form tribes around ideas not just rely on clans. We have to start adapting to the reality of this new paradigm. Boy Scout America isn’t coming back anytime soon. We need to adapt and start helping our comrades.

Forget about playing fair, stop being a SWPL, help your comrades and play to win instead.