The Alt-Right And Antifa Are Exactly The Same

Not really though. But it makes for a clickbaity headline doesn't it? Imagine all the radical centrists flooding in only to have their expectations dashed.

The Alt-Right is first and foremost an identity movement. As a movement, it appeals to those who feel atomized and alienated in modern Western society. We offer pride and self-affirmation instead of hate and self-loathing.

This is incredibly appealing to young men in particular, who have spent their entire lives being fed a steady diet of anti-male, anti-white and anti-tradition agitprop from schools, the media and in many cases their own hippy parents.

We have been so successful that we have created the youngest, most energetic youth movement in America. We are only matched in energy and intensity by Antifa, who are also rebelling against the system but in their own bizarre way.

See, Antifa internalized the messages of the system and only found a way to rebel by outdoing the enforcers of “the system, maaan”.  If the system is PC, then Antifa is Super PC and will police the previous generation of PC for not being PC enough. By out purity-signaling, they can rebel and turn the tables on the very people who indoctrinated them.

It’s quite similar to what happened to the original revolutionaries in France and Russia. They were cannibalized and eaten alive by their own revolutionary progeny. They were found to not be revolutionary enough by the new generation that wanted their positions at the head of the movement. Instead of fighting them head on over ideas, they were simply out purity-spiraled.

But this is a mentality born of weakness. For that reason, it is so vicious, vindictive and destructive. It owes no allegiance and bears no love for its predecessors. Great reformers and liberals of yesteryear are rejected as counter-revolutionaries and racists by modern revolutionaries.

The Alt-Right’s rebellion is more genuine because it understands and fully rejects the system. It is a complete rebellion, whereas other movements offer only partial rebellion. For that reason, the Alt-Right is being clamped down on, very hard. 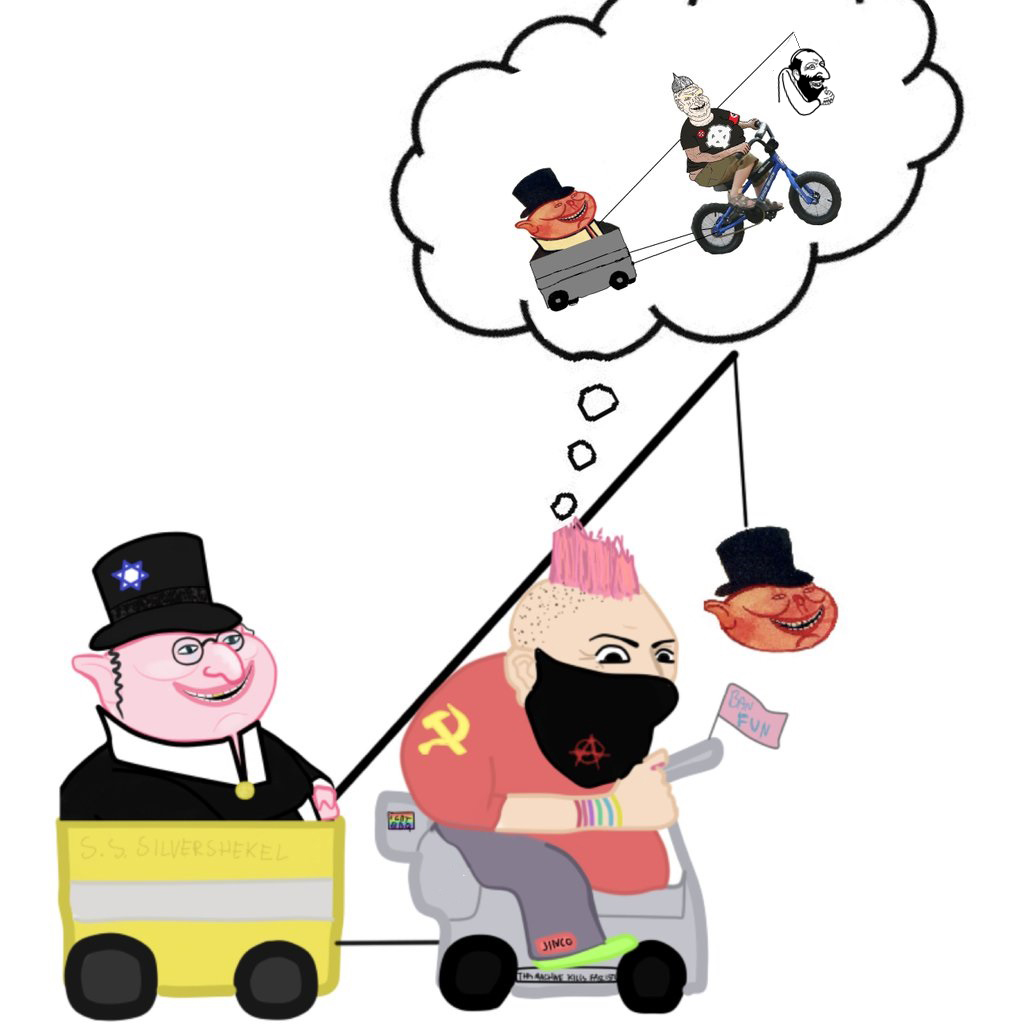 The entire system has been prepared to take us on. And so it springs into action the minute we start flexing some muscle, like at Charlottesville. Those cops with their tanks and Cyberpunk-inspired armor are finally deployed. At long last, they can be used against a fair target. We’re White…check. We’re men…check. And we’ve got no Soros behind our backs…release the hounds.

Meanwhile, Antifa paralyzes the cops. Just look at all the protests and marches they are putting on all over the United States. From one SWPL bastion to another, they are allowed to take over the streets, deface monuments and harass anyone they feel like.

And it makes sense if you think about it.

If the police are there to serve the pro-diversity, pro-equality, pro-inclusive society, then Antifa outranks them, don’t they? Antifa is ostensibly for the same principles that modern-day Weimerica is for. They just have the balls to act out the logical conclusion to all these ideas. And most importantly, no one on the Left or Center or Center-Right can stand up to them with a clear conscience because they have already accepted Antifa’s line of thinking and logic into their subconscious.

What Charlottesville and the subsequent protests proved was how far gone America is. There is no resistance from the police or from the state against Antifa. All the moderates are paralyzed and terrified of their own progeny coming out now to eat them alive.

They had it coming, though.

Meanwhile, we have our own problems in terms of organization. Some of us are playing right into the hands of Antifa by justifying their behavior. See, American society has been conditioned to look for and exterminate “Nazis”. It’s in Hollywood and every single video game and comic book. It’s unavoidable. You cannot reprogram almost a century of programming overnight, try hard as you like.

Groups like Antifa can act like a modern-day Gestapo (NKVD would be more accurate) and get away with it because they don’t trigger the same Pavlovian reaction from normies. In fact, they trigger the association with ‘freedom fighters’ and ‘la resistance!’

And that is the main difference between us in terms of our relationship to the State and the public. Society has not been psychologically primed to reject Antifa the same way they have been primed to reject a Right-wing movement like ours. Antifa has a distinct advantage, and we have to factor this in when planning future rallies, events, and campaigns.

As a movement, we have to avoid the psychological landmines that are implanted in every normie’s brain. We cannot trigger them, or we run up against a wall of conditioning that drowns out our message.

The greatest trigger that exists in the modern American’s brain is the Swastika. Fly it and reason shuts down. The dog hears the bell and salivates. The American feels the patriotic stirring in his breast and remembers ‘Band of Brothers’ marathons on the History Channel.

So we simply can’t do it. It doesn’t matter what you think about Hitler or Nazi Germany. You simply can’t fly that flag. We won’t want anything to do with you if you do.

But alright, let’s review and pre-empt some “but ackshully” arguments that I am sure to receive…

It doesn’t matter what we do, we’ll be called Nazis anyway. So let’s just fly Swastikas high and proud.

If someone accuses you of being a homosexual. Do you shrug your shoulders and start screwing another man?

The Left doesn’t disown its own radicals, why should we?

Do we have the full institutional support of the media, the think tanks, and the State? Yes, it’s unfair, and we are fighting against a stacked deck, we have to deal with it.

White identity and NSDAP is inseperable!

Germany didn’t consider many people White that we consider White today. Seems that we are part of something new, after all.

The only similarity we have with Antifa is our youth and our energy. They are rebelling against the system in a way that we never will be able to. If we don’t realize this and try to fight them on their grounds, on battlefields of their choosing, we will lose.

You don’t fight a modern army with tanks, air power and overwhelming force head on. You take to the mountains, the woods, and the swamps. You fight them asymmetrically. You take only fights you know you will win.