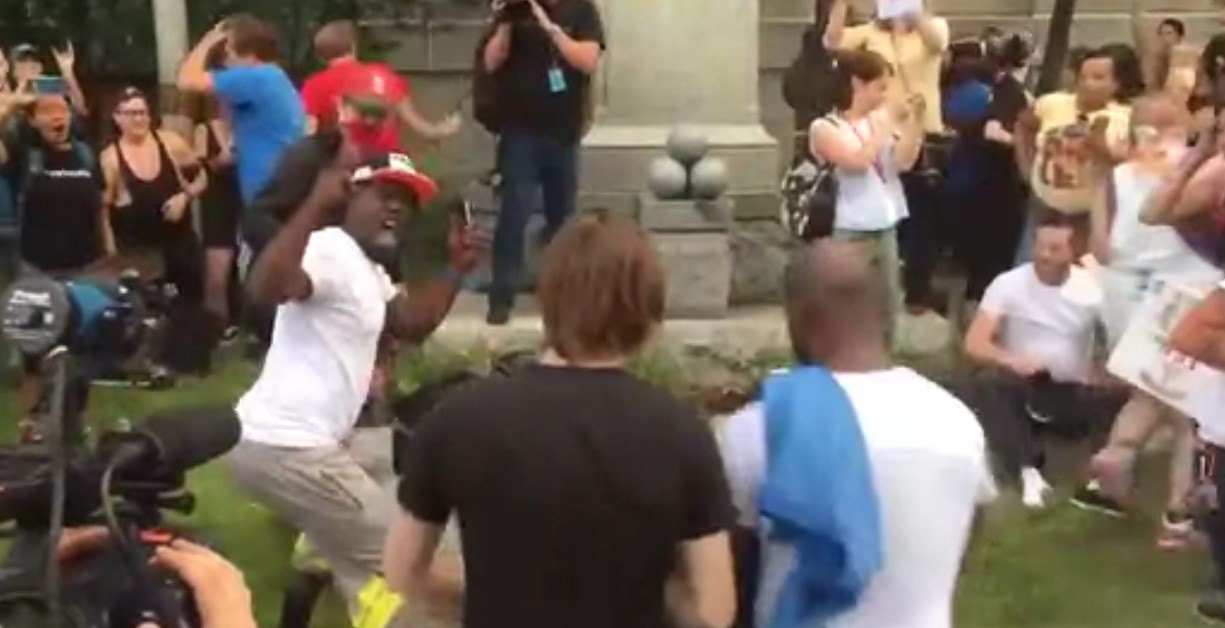 The Cultural Revolution Has Started

First they go for the statues of Whites.

Yesterday, a crowd of White shitlibs and their POC pets tore down a Confederate statue.

Statues are being torn down by fat white chicks, low-T numales and their non-White auxillaries. One day though, it will be statues of Martin Luther Kang that will be torn to pieces with equal gusto by our side.

The police are doing nothing.

Soon people will turn to the only force out there capable of bringing order back and stopping the insanity. Shitlib insanity won Trump the election. Antifa will win us the hearts and minds of White Americans with good moral character.

Charlottesville has opened Pandora’s box. There is no closing it now. Time to pick a side.