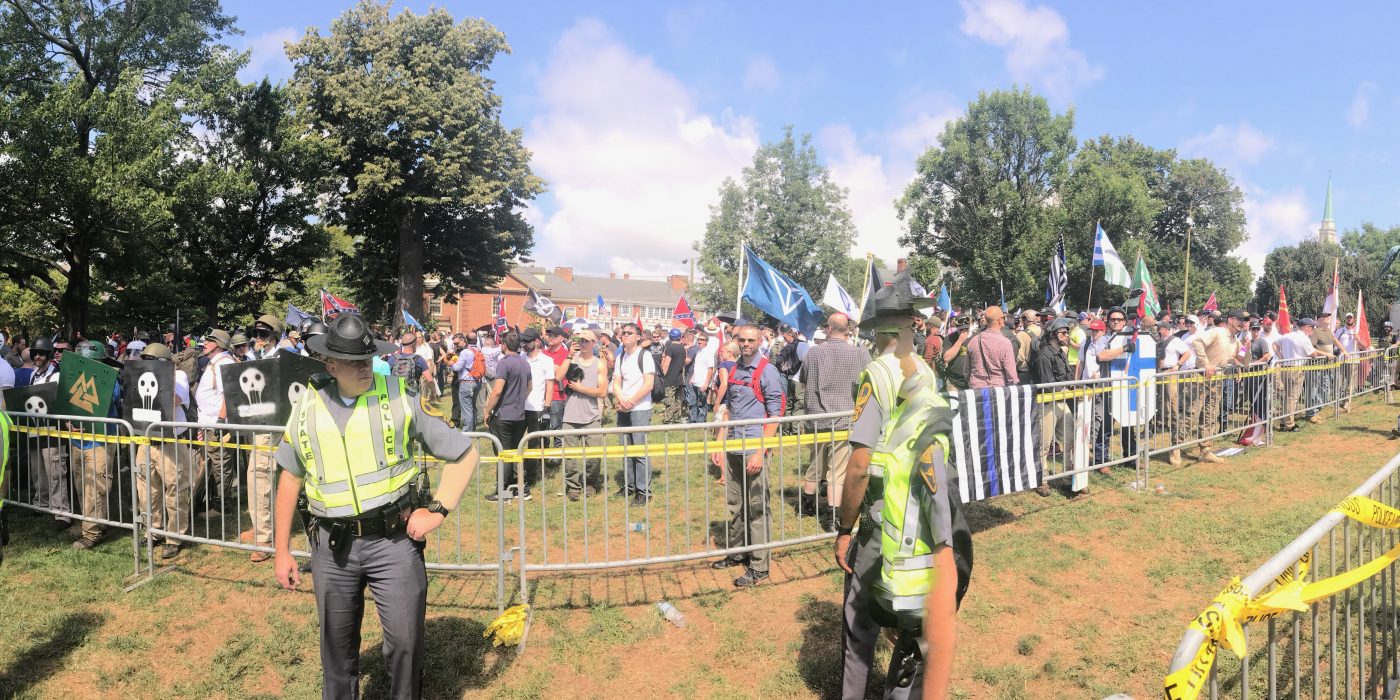 I Was At The Battle Of Charlottesville, This Is My Story

A first-hand account of what Charlottesville meant for one attendee.

All other metrics aside, the Alt-Right march on Charlottesville was a success in one critical way.  White men, in the largest number to date, took to the streets and got active in meatspace. Whether the number was 500 or 5000 or somewhere in between, we can chalk this up as the largest public gathering of racially-conscious Whites in America in decades.

While greater numbers in and of itself warrants celebration, there’s something much more significant at work here and we realized it in Charlottesville.

We are no longer afraid.

For a sizable and capable minority of our young men, the innate, masculine desire to build something greater than themselves, to be part of a tribe and to leave a legacy for our children, now outweighs the fear of doxxing, of losing one’s job, and of social ostracism.  In fact, the Orwellian actions of the various government entities involved in suppressing our rights have only hardened the resolve of our movement.  It has only strengthened the sense of brotherhood of those acting on behalf of our people and inspired those not in attendance to double down on their commitment and vow to take action themselves in whatever way they can.

And action is really the key to overcoming fear and anxiety.

It’s the key to breaking out of victimhood and reaching your potential as a man. The next time you’re feeling black-pilled, put on your fashy T-Shirt and hit the streets.  Take a break from the internet and grow your Alt-Right network IRL. Work towards becoming financially hardened so that attacks on your livelihood will not cause you to stumble. Learn the basics of game so that good-looking women are susceptible to your advances and then to your worldview. Grab a brother, hit the gym, or better yet learn how to box or grapple.

The best way to revolt against the modern, sterile, sanitized world is to participate in life and to fight the filth wherever you see it. Those at the Charlottesville rally have probably rarely if ever, felt more alive.

Now that’s not saying everything went perfectly or even smoothly at this event.  We could have had better organization, better discipline, better planning, and better funding and support. If people only knew how young our organizers are, how volunteer-based this all is, how little money we have to work with and how much success we have been having despite all these factors, they would be shocked. Something as grassroots and powerful as our movement has never before been seen in history.

The how-to-improve conversations have already started and will continue. They must never cease if we are to maintain the momentum we need to keep penetrating the hostile media’s narrative with our own and to continue to attract the highest quality young men to our ranks.

But regardless of all that, every man who participated in the Charlottesville rally can look in the mirror and feel good about himself.  He can walk with a straighter back.  He can love his people from a deeper place in his soul.  And if anxiety and fear ever do start to creep in, he can recall the countless brothers who stood with him to face down the threat of anti-White scum throwing fists, rocks, and tear gas and think, “I am not alone. I went through the gauntlet and overcame the odds. Together, we got this.”

The fear and trepidation vanish in the first few seconds of combat anyway. Once the adrenaline kicks in, you’re having the time of your life. The only real long-lasting fear worth mentioning is the fear that many now feel of being left out. The people who couldn’t make it to Charlottesville missed out. They feel anxious because they lost out on the glory reserved only for those who took action at this crucial battle for the future of our movement.

More and more people will join our ranks, that is inevitable. But those who were there before it was safe will hoard the lion’s share of the glory. But don’t be too disappointed. Join us at our next rally, there’s still plenty of glory to go around.