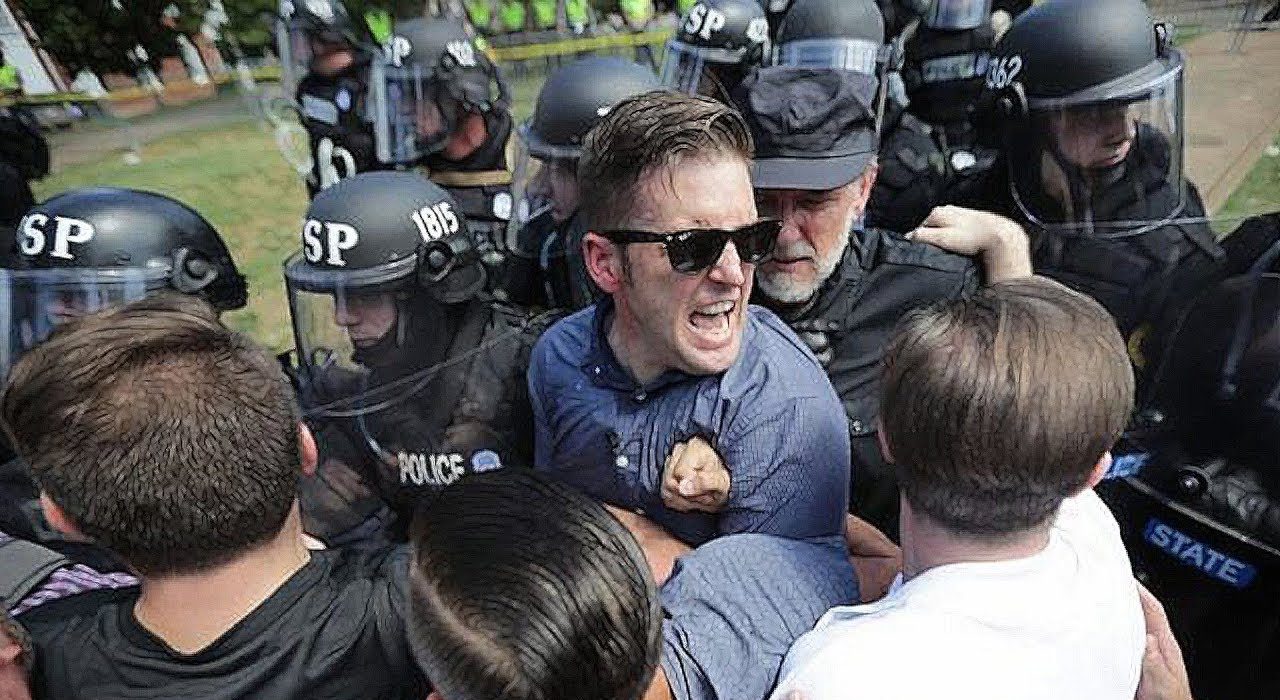 Charlottesville Was A Turning Point For White People In America (Updated)

The gravity of what happened in Charlottesville will take a few days to sink in.

The Alt-Right went to an assembly that was peaceful and legal. Wes Bellamy, the Vice-Mayor of Charlottesville, illegally revoked the permit to host the event. He is affiliated with the Black Panther Party and a Black supremacist. The permit was revoked and then reinstated with the help of the ACLU.

The Alt-Right went to assemble in order to advocate for the rights of White people to exist and to protest the erasure of American culture, history and to uphold the first amendment.

We followed every legal measure and were cooperative with authorities leading up to the event. We even had to get a federal court order in order to be allowed to hold the rally. Even so, the national guard declared a “state of emergency” before the event got started and then they dispersed the rally attendees and pushed isolated groups of our guys into the Antifa mob.

The state violated our constitutional rights and let Antifa and BLM do the knife work for them. They also let Antifa assemble without putting up any resistance.

Any blood is on the hands of the police, the city of Charlottesville and the state of Virginia.

This is the situation White people find themselves in today.

Anyone who still thinks free speech and freedom to assembly still exists anywhere in the White world can clearly see for themselves what happens when White people try to peacefully assemble and advocate for their interests.

The state disregards our rights, we are physically assaulted in the streets by non-Whites and political opponents, and the lying media runs propaganda campaigns to smear us. As of now, they are blaming the three deaths in Charlottesville on us. Yes, the three deaths. As you will recall, two of those deaths resulted from a police helicopter crash. By what stretch of the imagination are we to blame for pilot incompetence? Perhaps blame for the crash should be laid at the feet of the people actually responsible for running an inept and incompetent police force that failed to ensure public safety, uphold the rule of law and apparently can’t even pilot a helicopter correctly.

The “conservative” media is in lockstep with the open Cultural Marxist propaganda organs as well. Fox News has also laid the blame for the three deaths in Charlottesville at our feet.

Let me be clear. Literally, none of the deaths were due to the Alt-Right.

The story behind the car crash is still unfolding. Fatal crashes happen all the time, and it is clear that the young man’s car was being attacked on all sides by a roving mob of Antifa when he slammed the gas pedal and accelerated.

He will be acquitted because his life was clearly in danger by Antifa.

Furthermore, the young man was not part of any Alt-Right group. Also, there is reason to believe that he was himself Jewish. This is highly irregular, especially when one takes into account that the Alt-Right as a movement is very critical of Jews and membership of Jews in the Alt-Right is frowned upon. James Alex Fields, Jr’s mother is named Samantha Bloom. That is a very Jewish name. Below is a picture of James Alex Fields. Decide for yourself.

Remember that the disorder was purposely engineered by the mayor to crush the rally and possibly kill members of the rally. And as a result of their idiotic and heavy-handed tyranny, three people are dead and dozens are injured. Antifa is to blame for pretty much all of those injuries. None of this bullshit would have happened if the authorities had done their jobs, maintained order and let the rally happen.

Meanwhile, the media is trying to spin this rally as a KKK rally or a Neo-Nazi rally.

Let us be clear, this was an Alt-Right rally. This was a rally by people advocating for White identity. And it was brutally shut down. The media sees the deaths as a godsend so that the tyranny of the government can be forgotten and retroactively justified. These people will never let a good crisis go to waste. The same people who believe that Muslim terror attacks are part and parcel of city life and that ruin your life for suggesting that Islamic terror might have something to do with Islam are trying to tie some random kid in a tricked out Dodge Challenger to the Alt-Right, to all Right-wingers, Trump supporters and by extension to all White people..

So what does that mean going forward?

We did everything right and we STILL GOT SHUT DOWN. And I suppose that means that we are now officially the enemy of the anti-White state.

The government used the military to shut us down and feed us to the dogs and then the media ran a giant smear campaign against us. Despite our cooperation with the police, they were nowhere to be found on the day of and they just brought in the National Guard to shut us down. They had no intent on allowing this happen. This is clear. The city did everything to stop this event and called in the big guns when we showed up.

It was a trap, plain and simple.

But let us be clear.

Ultimately, this was a victory for us. Our movement will be emboldened by Charlottesville. The ‘Unite the Right’ rally legitimized our struggle. This is the beginning of the White Civil Rights movement. Before the rally even started, the National Guard was put on standby. The state of Virginia illegally used military force to override a Federal court decision.

That means what they did was illegal. And it also means we are going to sue the state of Virginia for the actions of the National Guard and the city of Charlottesville for creating the situation that allowed the chaos and violence to ensue.

We extend a heartfelt ‘thank you’ in advance to the mayor of Charlottesville, the police, and the state governor. Your incompetence will end up funding our movement for years to come.

A new video has emerged of the car crash. This one clearly shows Antifa attacking the car with a bat before the driver hit the gas.