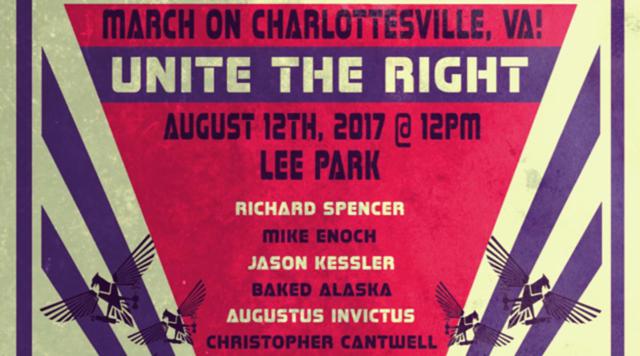 Unite The Right Livestream Up And Ready To Go

This will be an active thread with updates on all happenings.

So far, TheBigKK is the only one streaming. Join the livestream for a pre-game rundown.

There will be other streams coming up as the day progresses. So far it seems that Antifa will not be showing up in any significant numbers. But they ARE going to try to start some shit, so get ready to see some Antifa get REKT.

Meanwhile, /ourguys/ are showing up in droves.

Last night there were many happenings. Expect a write-up soon.

AltRight.com was shut down by a DOS attack and we only just got back up, so stay tuned.

Today is a big day, get hype.

Not just the evil Whites. He even refused to explicitly condemn White Nationalism. Overall, very good for us.

The only ones who started riots were 'multicultural' communist Antifa #Charlottesville pic.twitter.com/QaSDNZ9U7S

A car just rammed through crowd of protesters in #Charlottesville! INSANE!! pic.twitter.com/625Vs8aCLE

A car ran into Antifa.

Spencer talking to the media now.

Now that the police has done their dirty work, the nogs feel emboldened to come out onto the streets for a good old-fashioned chimpout.

We ALL must be united & condemn all that hate stands for. There is no place for this kind of violence in America. Lets come together as one!

Melania Trump is clearly condemning the hate coming from groups like Antifa and BLM right?

Our country encourages freedom of speech, but let's communicate w/o hate in our hearts. No good comes from violence. #Charlottesville

Apparently Pewdiepie is /ourguy/ too.

A group of our guys has been illegally detained. Negotiations for their release starting now. Cops went fully against us. Attacked Spencer’s group, forced them out of the park into Antifa’s ranks.

They’ve been arresting and releasing our guys. They don’t want a lawsuit, but they are willing to break up our demonstration.

The National Guard has been called in to start arresting people…Our people.

My recommendation: Disperse. Get out of Charlottesville city limits. State of emergency has been called.

/Ourguys/ are starting to regroup at the nearby park. State of emergency still in effect.

This is why the police did nothing.

Clash between protesters and counter protesters. Police says "We'll not intervene until given command to do so." #Charlottesville pic.twitter.com/UkRDlNn2mv

They wanted Antifa to do the dirty work for them. And when our guys started giving Antifa some love, they dispersed us.

Our guys are being attacked all along the retreat route.

We are falling back in several groups to a new gathering point.

Richard Spencer was detained, but they let him go.

Scuffles all along the route. Multiple injured.

The police are moving in with full battle-rattle. Spencer has told everyone who isn’t willing to get arrested to leave.

Antifa attacked our frontlines. The shieldwall held. Our side fended them off with flagpoles and pepper spray. Antifa has backed up and is periodically chucking trash out way.

No update on where Azzmador and the Daily Stormer crew have marched off to.

State of emergency declared by state of Virginia.

The police have ordered our guys to disperse. They are claiming it is unlawful assembly. Trumpet News claims that the National Guard is inbound. Our guys are falling back. Tear gas got deployed on the frontlines. Azzmador stream seems to be the best now.

The march is starting and the local boomer libshits are chanting “love has already won” and other nonsense. Our guys are replying with “White Lives Matter!”