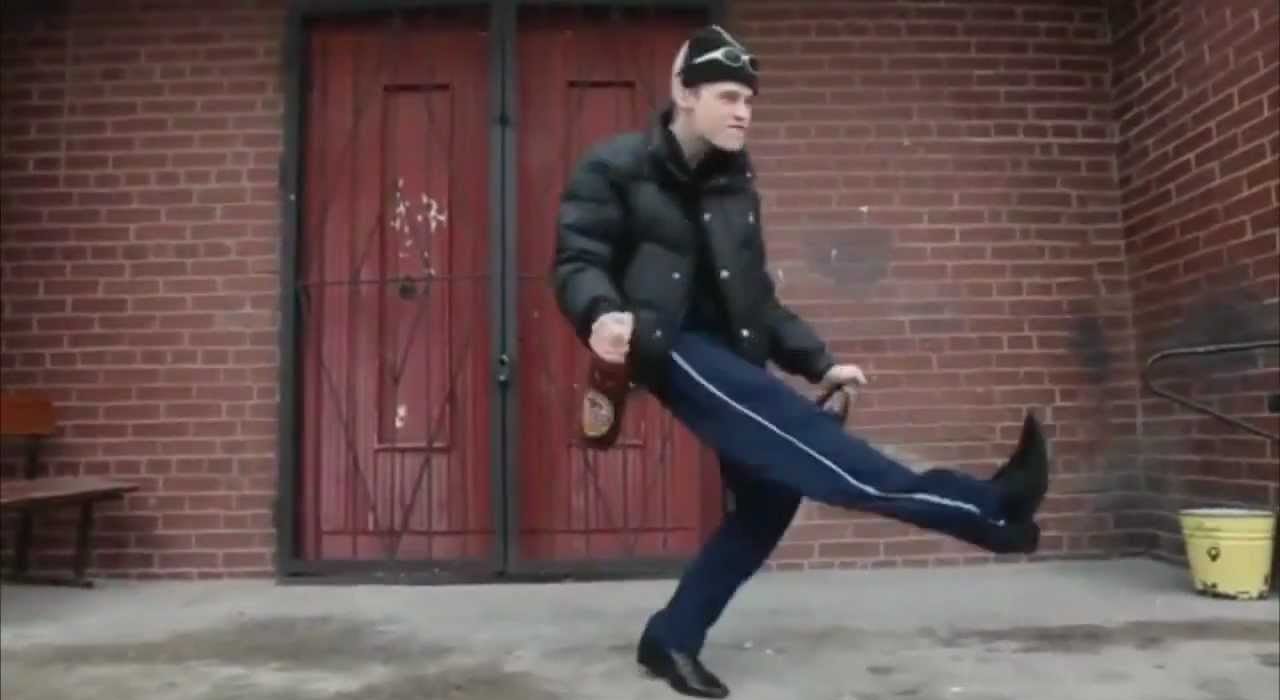 Start by buying an adidas tracksuit.

Germans are a remarkable people, aren’t they?

Germany was defeated twice in two catastrophic world wars only to rise to the helm of Europe once again- only through patience and economic might this time. Say what you will about the Germans, but everyone acknowledges how socially-responsible, relatively uncorrupt and law-abiding they are. To really change anything in Germany, you would have to change the German people, not even really the system, but the actual stock of the country.

Other peoples are simply different from Germans. This is not a bad thing in and of itself, it’s just a function of diversity- real diversity that is. After all, genetic diversity in nature ensures that a sudden virus or new predator doesn’t wipe out an entire species.

People on the Alt-Right sometimes forget how different White peoples really are. And it occurs to me that some groups of Whites seem better suited to face the coming Third World storm.

In this post, I would like to discuss what direction Whites as a peoples have to go in the 21st century.

It’s a discussion that more and more crimethinkers are having. The implications of this question are profound. Will a high-trust race of Golden Retrievers will be able to survive the Jewish virus and the Third World onslaught? Hey, I guess we will all see very soon, won’t we?

Over at the Chateau, there was an open-ended post about a boy scout troop and the decline of old school, high-trust, law-abiding America.

An all-White Boy Scout troop stopped at a quiet intersection and dutifully waited for the crosswalk signal to change, while vibrants dashed across. Now you can call the Boy Scouts goobers, but I thought this is the high trust, high responsibility America that is rapidly vanishing, and may be gone soon. Sad.

If it weren’t socially unacceptable to mourn its passing, we might have the fortitude to ensure its continuance.

That’s all that there was to the post. It was just a little vignette that the author felt like sharing. It was supposed to be a short little ode to better times in all-White Boy Scout America, I suppose.

Many of the commentors weren’t having it though. They began to raise a fuss about whether being a Boy Scout is really the correct course of action given our predicament. They are not the only ones who have come to this realization.

It seems clear to a growing faction of the Alt-Right that we’re going to have to change as a people if we’re to claw our way out of this mess.

CH, dont you think that while we should lament its passing, we should also realize that these golden retriever qualities won’t be of any use to us in the brave new brown world?

Think about all the modern suburban hobbits, living happily and blissfully in their shire. And now the orcs are coming and the rangers are gone. The hobbits need to wake up.

Time to stop being soft, oblivious, individualistic, shekel-grabbing and so obedient to the anti-White authority structures…

Swede here. The problem with that pro-civilisational instinct is when it gets taken too far – if we had a little bit more anarchism in our genes, we would not be in the mess we´re in…

Honestly, I think the behavior that needs to change is with Boy Scouts, not the vibrants. The only reason this shoah goes on is because high-trust whites take on the extra burden of following rules no one else does and adhering to standards nobody will.

The moment they start playing by the same rules of engagement is when the current setup starts to crumble. We need Boy Scouts today who will become tomorrow’s ZFG shitlords.

Waiting at a crosswalk signal to change even when there are no cars on the road is what you do in a high-trust society that shows respect to those who do so. If the society doesn’t respect those that adhere to the rules, then the rules don’t deserve to be followed…

“Waiting at a crosswalk signal to change even when there are no cars on the road is what you do in a high-trust society that shows respect to those who do so.”

With all due respect (and an appreciation for what you are saying) my view is that waiting to cross a deserted street simply because some unthinking mechanical device displays one colored light rather than another is symtomatic of what is wrong with us. Civilized grown men of the not-too-distant past knew how to cross streets without endangering themselves or others and didn’t need silly lights to tell them whether it was “safe” or not. They had working eyes, a thinking brain, and a survival instinct that was not kept in check. Conditioning us to blind, unthinking obediance to (literally) mechanical masters is a sign of further emasculization — not civilization.

Men who can think for themselves, even as to something as trivial a crossing a street, pose a danger and threat to those who seek complete control. I suspect that, more than “safety,” is the real reason for the never ending war on personal freedoms.

It’s an admittedly small matter, but the sight of someone who really should know better standing and waiting stupidly at a deserted street corner at 3 am simply because some light says “don’t cross” fills me with despair, not hope.

There still remains an unofficial faction of the Alt-Right that worships all these Huwhyte tendencies like hyper-individualism, blind adherence to the law and effete refinement. They aren’t willing to take a good long hard look at themselves and ask if these qualities will help or hinder us in the brave new brown world.

But we are at a turning point, a moment of profound civilizational crisis that hasn’t been felt since the end of the two Great Brother’s Wars.

As a race, we stand poised at the next leg of our evolutionary life-cycle. The long nap is over, and now many of us are waking up to see the barbarians are not only past the gates but in our communities and in control of all our institutions.

Natural selection never ends, and as the social environment changes, we should start asking what traits will be beneficial to our people and which will be a hinderance. I would wager to say that this new environment will favor the bold, cunning and tribal peoples over the race of compliant Golden Retrievers. It seems so shockingly clear to me that it continues to amaze me that there are still so many that cling to the old cultural mores when the foundation on which they rested has come undone.

Whites will have to decide where to go from here. Some will continue to take pride in the little displays of implicit Huwhyteness chronicled by the Chateau. Others will start looking forward and not let the nostalgia blind them to the reality at hand.

They will ask the hard questions, overcome their inner effette SWPL, and kick start that tribal instinct they need to make it out of the Multi-Kulti intact.

Ask yourself this: What kind of people has a better chance of surviving when the government and all the structures are profoundly Anti-White? A compliant and law-abiding people or a rebellious people? An individualistic people reliant on the government or a tribalistic people with a parallel society? Nice guys or serious men?

I’m putting my money on the nepotistic, impetuous, family-oriented Italians…

And the corrupt, unruly and tough Russians…

Or the Greeks, who must be part Italian and part Slav…

I am not condemning the Core Europeans, mind you.

Just pointing out that they may want to take a few pointers from their less well-behaved, less well-to-do, less SWPLified White cousins about how to act going forward. Of course, many will not listen. They might think that the traits that helped them in a homogenous traditional White society will somehow still work in a Vibrant society. They will ignore the practices and cultural mores of peoples who had to share borders with the Brown World for thousands of years and refuse to glean insight from it.

Yes, these people exist. But the way I see it, the future of the White World has a lot less khakis and Brooks Brothers in it. For better or worse, there will be a lot more tracksuits and Adidas instead. 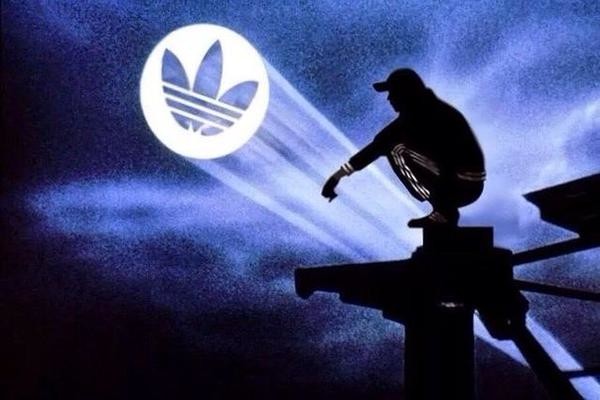 Whites that want to make it in the West need to start adapting and adopting cultural mores more suited to peoples who know how to deal with the Enrichment.

It is tribalism, cleverness, and rebelliousness that will save the White race now.