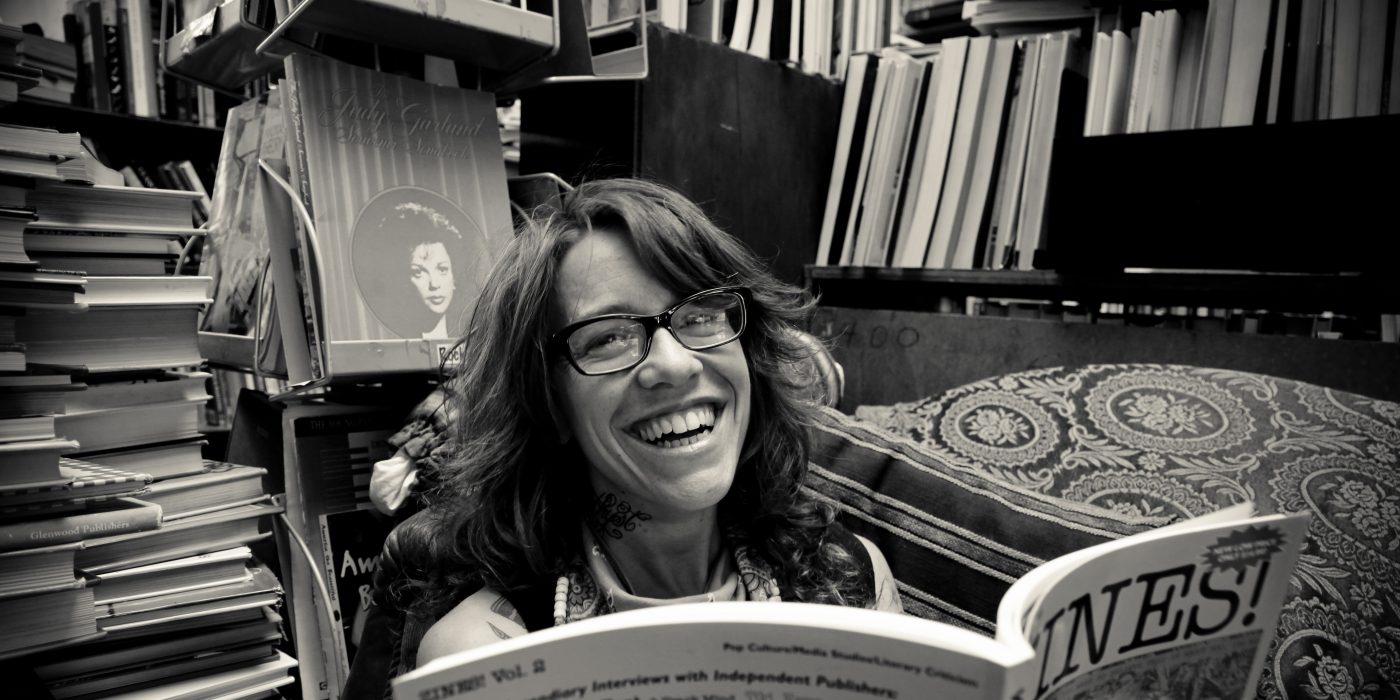 Drag Queen Story Hour is a new, ultra-progressive program where drag queens are directed to play with small children and read them storybooks about the wonders of trannies. We examine the unsurprisingly Jewish origins and goals behind this latest assault on our people.

Anyone browsing through social media these past few months has likely seen mentions of Drag Queen Story Hour, perhaps even watched videos like the following, where a fat, weak-chinned middle-aged Jewish pervert slathers on some foundation, turquoise eyeshadow and pink lipstick, straps a foam-filled bra around his midsectional flab, throws on a silver-sequined gown and a giant curly clown wig, renames himself Lil Miss Hot Mess, and sashays off on high-heels to a library to teach dozens of small children about the wonders of sexual deviance.

“Drag queens and children don’t usually get together, which I think is a shame and one of the benefits of a program like this,” quote Lil Miss Hot Mess during one of the story hours. “It’s the final frontier for drag queens! Kids don’t have the baggage of gender; they’re full of excitement around play and glamour.”

The events are now held every month at the Brooklyn Public Library, to the undoubted pleasure of the library’s diversity-loving Director of Youth and Family Services, a lady with the nice, inconspicuous name of Judy Zuckerman.

Certainly, after this it can come as no surprise to learn that the creator of Drag Queen Story Hour is a Jewish lesbian former sex-worker-turned-author named Michelle Tea (Tomasik) whose express purpose is to introduce toddlers to the concept of gender fluidity. Since the program’s 2015 inception in San Francisco, it has been spreading to libraries across the United States at a frustratingly fast rate, and has also reached London. Self-proclaimed feminists, alternative families, and gullible single mothers gleefully riding the anti-white progressive tide comprise most of the crowds at the events, and mainstream media are naturally poised and ready to manufacture articles gushing about the “fun” new way to teach children tolerance and love.

“Do you all know what a drag queen is? Drag queens are amazing. They get to do fun things like dance and sing and travel and play dress-up with their drag-queen friends. And they’re all feminists.”

That bit of humor is from Michelle Tea, while personally introducing one of the story hours in New York. Many of the attending parents’ derangement becomes apparent when reading about them dressing their children for the events in small shirts with leftist slogans on them like “The Future is Female”, or listening to stories of their reluctance in allowing their children to exhibit normal male and female behaviors. In the minds of these parents, gender is determined by what one thinks or feels at a particular moment. Human biological realities can change any time with hardly a warning, the only thing that matters is what one “dreams” or “believes”.

Take these two parents. One is a mother who struggles with allowing her six-year-old daughter to watch cartoons designed for girls. Because heaven forbid she may grow up to be a respectable mother and wife instead of the ideal childless, marketing department cubicle shrew…

“She got really into watching ‘Barbie: Life in the Dream House,’ ” Aimee said. “How could I tell her not to watch it? It has a thousand girls and only, like, two boys in it. I would be teaching her that shows about girls are bad.”

Another mother took her autistic nine-year-old son to a story hour in London held during the gay pride festival. A drag queen named Mz. Affra-Tighty read a book titled Morris Micklewhite and the Tangerine Dress which is about a boy who dresses in girls clothing, gets bullied by evil cisgendered classmates, but refuses to change his ways. What an empowering classic!

“I love drag queens. They are talented and unique and do whatever they want and do their dreams,” said nine-year-old Nolan. His mother said being at Pride events helps her son feel more included.

“When he comes to Pride he sees that these drag queens are living life how they want to – colourful. They don’t fit societal norms and he feels like that’s okay because he’s welcome and he’s happy and he gets to be who he needs to be,” said Alicia Hollingsworth.

In order to grasp this program’s true degenerate depths, let’s take a more thorough look at creator Michelle Tea. As mentioned before, she is a 46-year-old Jewish lesbian writer from San Francisco who married a masculine lesbian named Dashiell Lippman in 2013, and had a baby boy in 2014 through artificially inseminating herself with a Jewish gay man’s sperm. Her son, now two, is treated like a social engineering experiment, and even before he was conceived, Michelle described her desire for a gay Jewish baby in a weekly column she wrote for liberal women’s lifestyle website xojane.com from 2011 to 2015:

“Oh my god oh my god oh my god! I had my donor! A 20-something, adorable, attractive, artistic, intelligent, politically conscious, super funny gay boy! Who is also Jewish — bonus! I don’t know why Jewish should be a bonus actually, but it just feels special, right? Everyone knows Jewish people are special. My gay Jewish baby is going to be totally amazing!”

When her son begin to display interest in sporty activities and toys, Michelle expressed distinct distaste, as can be seen in this short Buzzfeed video about her. “I’m constantly trying to queer my relationship with him and get him to wear tutus, but he hates it. He’s just like, ‘No.’”

Her column, Getting Pregnant with Michelle Tea, reads like a rejected Amy Schumer monologue and consists of a never-ending stream of talk on drugs, sex, drag queens, potential Jewish sperm donors, astrological signs, anti-depressants and experiences with multiple personal therapists. This is what women’s magazines have devolved into, braindead articles with titles like Trump Winning the Election Has Put a New Strain on My Interracial Relationship. Degeneracy and mental illness have become fully normalized, even expected. 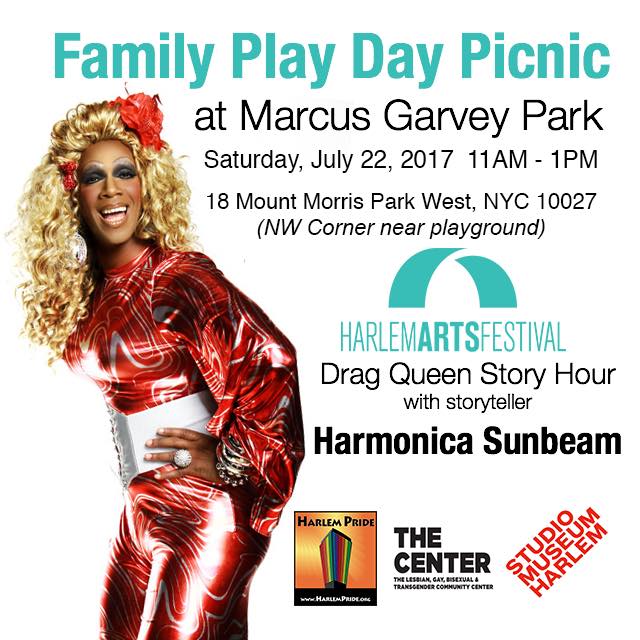 In the end, Drag Queen Story Hour is child abuse, a psychological tactic to cause gender confusion and sexualize children, especially boys, from an early age. Parents who have already bought into the LGBT lobby’s deceptive slogans leave their children vulnerable to trannies and pedophiles, not to mention putting them at risk for a lifetime of depression and mental illness.

The main targets are indisputably white boys. Everywhere in life they will face opposition growing up. Their male role models are being taken from them in all forms of the media and replaced with a multicultural brigade fighting against some symbolic form of white oppression, their father figures are being smeared by bitter women as incompetent, lazy fools, their natural boisterous behavior is being crushed and suppressed with drugs from the start of elementary school. And this isn’t even half of the struggles they will face as they go on to colleges, the workplace, and initiate potential relationships with girls who’ve been similarly fed lies all their lives on the benefits of being unrepentingly loud, argumentative, and fat.

What we are witnessing here with Drag Queen Story Hour is a small, but clear example of a program designed to destroy traditional families, lower the birthrate, and put the dysfunctional drug-addled adult masses of the future at the complete mercy of the state. That’s what Michelle Tea’s invention is about, and this is why I urge the Alt-Right to pay particular attention to young boys and to act as the role models they will desperately crave. Today’s boys will need father figures, leaders, gentlemanly mentors, and heroes. Even if we don’t succeed in having children of our own for whatever reason, we can’t stand by and let the individuals and groups mentioned in this article continue abusing and recruiting innocent white children. Just think, it is our children who will represent the culmination of our beliefs and struggles today. Either they will step bravely forth in our people’s interests, armed with the knowledge of Evola and Faye, or they will weakly parrot the ideas of people like Michelle Tea, who wondered the following out loud:

TopicsfeminismgaysJewslgbttrannies
Share on FacebookShare on TwitterShare on RedditShare on VKontakte